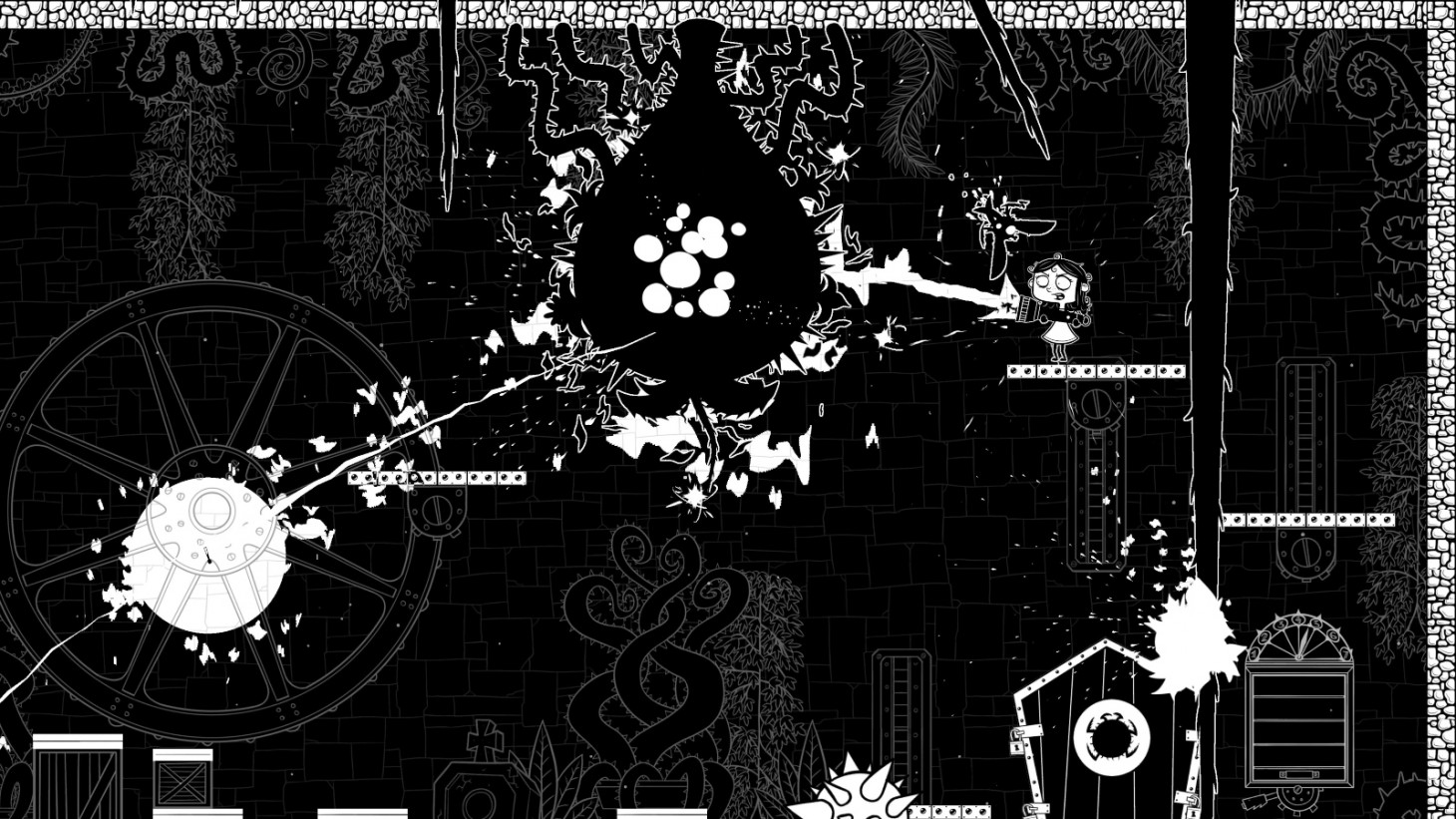 Illuminating Impressions Of Eyes In The Dark: The Curious Case Of One Victoria Bloom

In case you missed it, the platforming roguelite Eyes in the Dark: The Curious Case of One Victoria Bloom launched last week. The game’s reveal caught my eye thanks to its striking art direction and unique gameplay. I’ve spent the last couple of days battling the darkness as the titular Victoria Bloom, a precocious young girl searching her ancestral home for her missing uncle after it’s been overtaken by shadow monsters. Armed with a powerful flashlight, you’ll battle a living darkness in an ever-changing mansion steeped in mystery and secrets.

I’m enjoying the game, but it took longer than I would’ve liked to get used to its strange control scheme. Eyes in the Dark plays like a twin-stick shooter, with players using the left stick for movement and the right stick to aim their auto-damaging flashlight beam. With your thumbs occupied, jumping is on the right trigger. The left trigger fires a slingshot sub-weapon, and hitting the left bumper executes a dodge.

It’s an unorthodox setup that feels like patting my head and rubbing my stomach, mainly because I’m conditioned to hitting a face button, namely A, to jump. It’s probably the best approach, though, given how aiming works, but expect to feel like you’re crab-clawing the controller as you awkwardly leap across stages for the first few runs. Even after settling into things, I still have moments of wanting to treat the jump button like I’m activating the flashlight, causing me to hop around all over the place like an idiot.

Eyes in the Dark’s navigation and progression remind me of the early years of the roguelike renaissance, such as The Binding of Issac or, for a deeper cut, Our Darker Purpose. Players traverse portions of the house, such as the foyer, attic, or garden, which each contain a bite-sized labyrinths of shops, upgrade rooms, and a boss battle, which grants a key to unlock the next area. Defeating enemies rewards Sparks, a currency used to upgrade the flashlight, slingshot, and maneuverability. These improvements reset after each run; acquiring permanent upgrades requires spending Knowledge, a resource accumulated after clearing a zone, based on your accomplishments and performance.

If you’ve played a roguelike in the last decade, Eyes in the Dark is pretty straightforward, making it easy to jump into but also more repetitive. Fighting the same bosses and re-running the small zones lose their luster after a couple of hours, and I’ve already seen repeated instances of the randomly arranged rooms. I’m still unlocking parts of the manor, though, so I haven’t seen every location the game has to offer. Thankfully, Eyes in the Dark is easy on the eyes with a lovely black and white art style that’s sharp despite its limited palette. The chiptune soundtrack, which has an upbeat arcade vibe, feels surprisingly fitting given the Victorian-inspired setting.

In typical roguelite fashion, waving the flashlight to incinerate monsters and clear fogs of darkness feels solid but limited initially. Business picks up as you accumulate more upgrades. For example, outfitting the flashlight with various bulbs changes the nature of its output. So far, I’ve equipped bulbs that produced a blob-like ray that slows incoming projectiles, one that focuses the beam akin to a lightsaber, and, on a similar note, one that emits light on the opposite end to make it a Darth Maul-style double-bladed flashlight. In a game that makes imaginative use of a flashlight, I almost feel bad saying that my favorite bulb thus far is one that rapidly fires light orbs like a machine gun. But I like the shooty-shooty bulb, and something about how it behaves vaguely reminds me of Cave Story’s primary weapon. That’s a compliment.

Your slingshot serves as a limited-use projectile weapon that lobs lit projectiles that change based on what you equip. It’s a useful backup for crowd control, and my favorites include cherry bombs that daze targets and firecrackers that explode into smaller projectiles. Movement upgrades include the eternally useful double-jump, boots that allow you to slow and steer your descent (another good one), and more general buffs like increased speed. 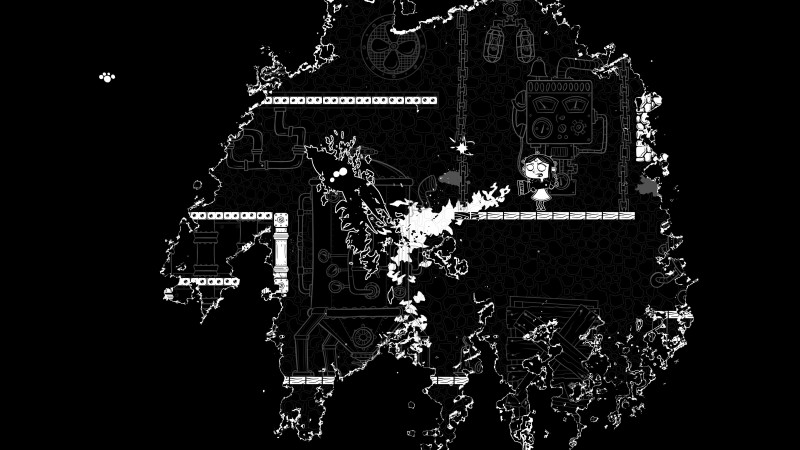 Unlocking additional upgrade slots to carry multiple upgrades can turn Victoria into a fun, shadow-extinguishing terminator, which is why I’m bummed that she still lost everything after finishing the first chapter of the game. I’m assuming this will be the case for each new chapter, making me dread having to repeatedly start from scratch after working so hard to assemble my ideal loadout of abilities.

Despite these shortcomings, I’m still having an increasingly tough time putting Eyes in the Dark down. It’s got an old-school arcade charm to its design, and I’ve felt the undeniable urge to start run after run, even if doing so means enduring the slow ability ramp up again. Sure, these games are my bread and butter, but I enjoy the creative approach to combat. While it may be relatively simple, artfully dodging shadow blobs and skilfully repelling monsters with my light feels satisfying, and the challenge has enough bite to make the action engaging. I plan to stick with it and could see myself committing until I finally find Victoria’s shadow-napped uncle.

Give Eyes in the Dark a look if you’re in between big games and itching for a solid roguelite experience. Unfortunately, the game is only available on PC (both Steam and the Epic Store). Eyes in the Dark would rock on Switch, in particular, so Steam Deck owners would do well to check if it’s playable on the device. I’ll keep trekking in the meantime and look forward to seeing if Victoria’s journey shines any brighter. 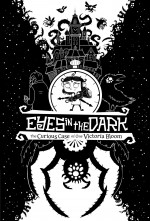 Eyes in the Dark: The Curious Case of One Victoria Bloom