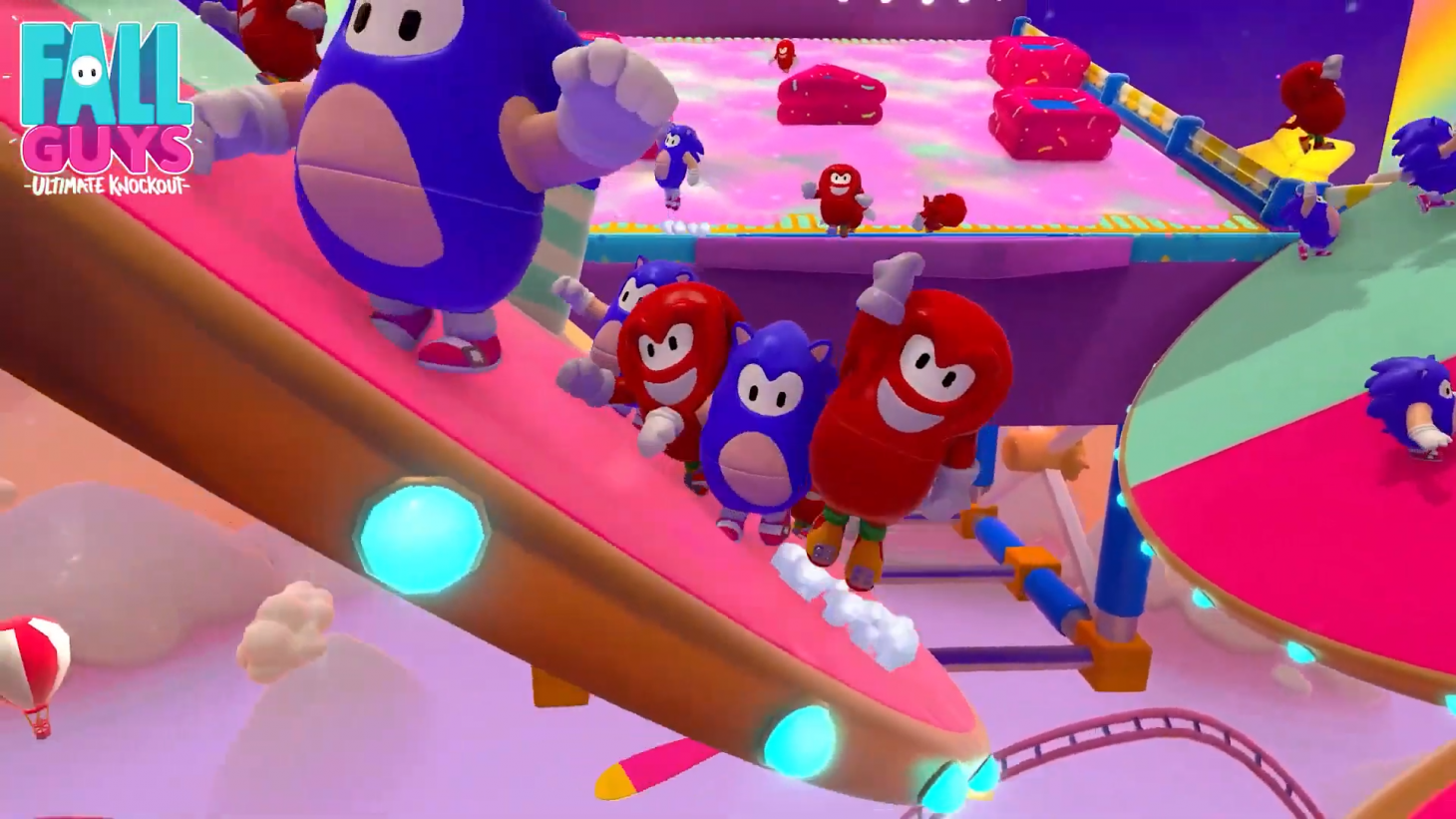 Sega and developer Mediatonic have announced a special collaboration for the popular game-show-style battle-royale game, Fall Guys: Ultimate Knockout. The collaboration brings costumes featuring the Blue Blur and his closest friends into the zany multiplayer experience.

Beginning in August, Fall Guys players can take the form of Sonic, Knuckles, and Tails during this new Sonic collaboration. For those unfamiliar with Fall Guys, this is far from the only collaboration the game has ever done, nor is this the first collaboration with the Sonic the Hedgehog brand. The initial appearance of the Blue Blur in Fall Guys came in 2020, but this new collaboration expands the offerings.