When Jurassic World: Dominion opens in theaters in two weeks, we’ll see what happens when dinosaurs walk among us. Odds are most humans will be turned into tasty dinosaur snacks, but we probably won’t go down without a fight. Jurassic World Evolution 2 players can download a new expansion that adds some of the movie’s new dinosaurs to their parks on the same day. The Dominion Biosyn expansion adds the Gigantosaurus, Dreadnoughtus, Pyroraptor, Quetzalcoatlus, Therizinosaurus, and the long-overdue Dimetrodon.

The Gigantosaurs’ behavior in Dominion is apparently modeled after The Dark Knight’s Joker. This odd inspiration point was revealed by the movie’s director Colin Trevorrow in an interview with Empire Magazine. “I wanted something that felt like the Joker,” he said. “It just wants to watch the world burn.” We’ll have to wait to see just how much of that destructive quality comes out in the game’s version of the beast.

The arrival of dinosaurs is just a tiny part of this expansion, which offers a new ‘what if’ campaign inspired by the forthcoming motion picture. This campaign allows players to add new buildings to their parks, as well as a variety of new species, some of which are feathered. Existing dinosaurs will also get new skins. The new story unfolds through a variety of characters, including Claire Dearing (voiced by Bryce Dallas Howard), Dr. Alan Grant (voiced by Sam Neill), Dr. Ellie Sattler (voiced by Laura Dern), and Lewis Dodgson (voiced by Campbell Scott).

Other new features for the park include an underground Hyper Loop transportation network, invisible fences, and new vehicles and decorations. All of it can be used in the Sandbox.

Frontier Developments calls this expansion its biggest yet, and it’s slated to release on June 14. 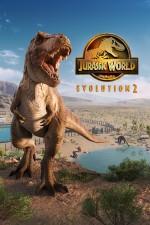