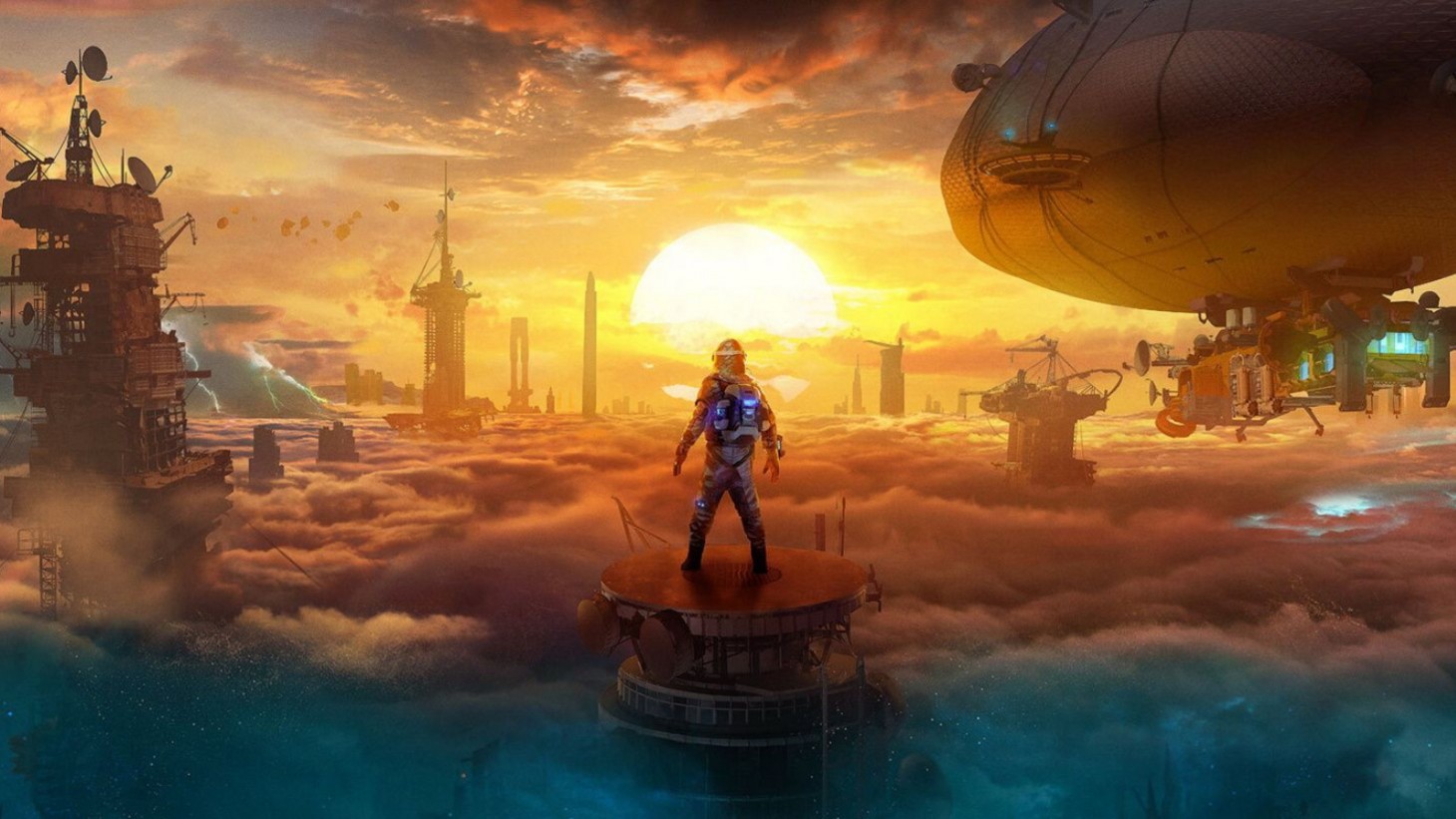 Forever Skies is Far From Home’s first-person survival game set on a decrepit procedurally-generated Earth, abandoned to waste away in ruin, and it’s coming to Early Access on PC this year. Players will leave the safe orbit where other humans await salvation and begin exploring an Earth covered in a thick layer of toxic dust following an ecological disaster in hopes of learning more about its demise and uncovering secrets that could save the human race. The reveal trailer gets straight to the point – humans messed Earth up and failed to do what was needed to save it. Sound familiar?

Game Informer spoke with Far From Home CEO and gameplay lead Andrzej Blumenfeld and brand manager Pawel Jawor about this premise, how it hits close to home, how it affects gameplay, and what players can expect out of Forever Skies’ Early Access lifecycle. 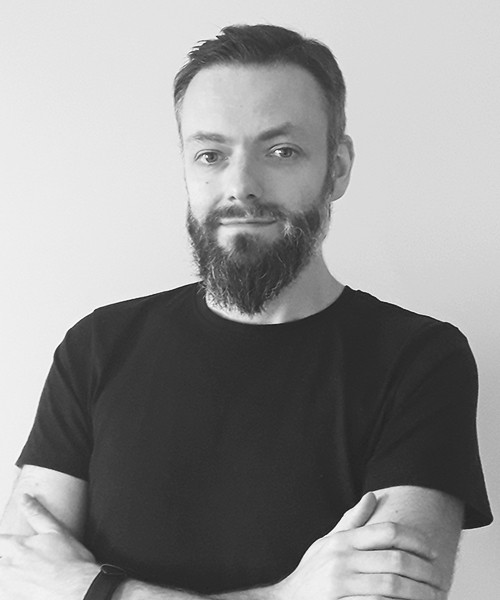 While the idea of ecological disaster ruining Earth hits close to home for anyone looking at the health of this planet today, the premise was directly inspired by the studio’s home country of Poland.

“There were…different pillars [in coming up with Forever Skies], and one of them was that we are living in Poland and for a very long time, we’ve seen what’s going on around us,” Blumenfeld tells Game Informer. “Sometimes we hear that Warsaw or Kraków, for example, are very polluted cities, like the most polluted cities in the world. And now, sometimes, we receive messages on the phone that say, ‘if you can, just please stay at home because going outside is dangerous.’ The air is like poison…and this was one of the many things that we were like, ‘yeah, maybe this is a good topic to speak about.’”

Jawor added that the team had a revelatory moment after a local scientist said that to reach healthy, clean air in Kraków, you need to go about 100 meters up in the air. It’s easy to connect the dots between that revelation and the game’s first two trailers, which showcase the protagonist scientist scaling skyscrapers high above the dusty land below. 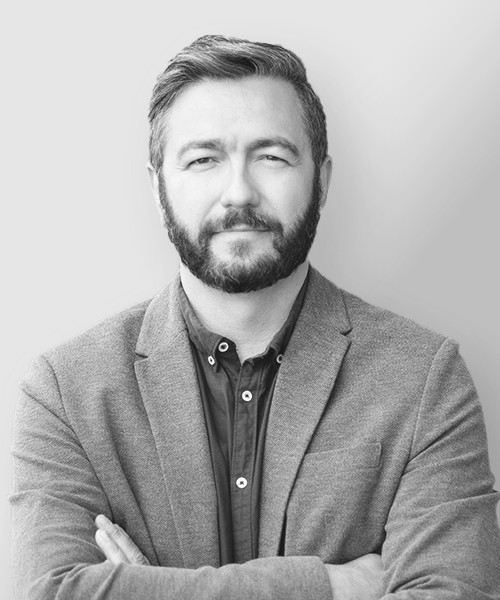 Blumenfeld says the 23-person studio’s love of survival games like Subnautica and Raft also led to Forever Skies being a title in the same genre. He says those games, and others, were huge inspirations to the team. Specifically regarding Subnautica, Far From Home is a fan of how it integrated survival gameplay with a more narrative-driven focus. The team envisions that for Forever Skies one day.

“As this is the very beginning of the game, we want to focus on the gameplay hook, so this will probably be [the focus] of the Early Access, and then in the future, we’ll try and get more and more in,” Blumenfeld says in regards to the ongoing development of the game’s narrative.

On that note, Blumenfeld tells Game Informer the base of the story is the idea that the human race has to find its place in a new and dangerous situation that it is responsible for. He says Far From Home isn’t trying to preach, but it’s hard not to when dire things are happening to our own Earth’s ecology.

At the core of Forever Skies’ gameplay is a special gun. It’s a scientific tool that’s four-in-one: an extractor tool, used to extract resources and unlock new paths, a building tool, which, as the name implies, is used to build new things like ladders, a repair tool, used to fix damaged objects, and a scanner tool, which ties into the scientists’ goal of analyzing what’s gone wrong and learning more about how to overcome the dangers of this new Earth.

Thus far, most of what’s been shown in trailers has been a destroyed cityscape, which presents an element of verticality for the game’s survival nature. However, Blumenfeld says this city isn’t the only biome players will encounter in Forever Skies.

“I would say that the city is not the only place,” Blumenfeld says. “The city is even a little bit further in the game, and there will be smaller locations. It’s not only about the cities, and there will be different biomes. What’s super cool...is that you actually will be able to go out and below the dust.”

He says what’s above the dust will speak directly to the ruinous status of Earth, the resources you’re after, and the story of the collapse of human civilization.

“What is below that is the evolution of an Earth that doesn’t belong to humans anymore,” Blumenfeld says.

In the same vein, Jawor cites The Martian and Annihilation, two movies based on sci-fi novels, as inspiration for the kind of feelings Forever Skies hopes to emulate in its storytelling and gameplay.

Regardless of where you focus your exploration, be it in the skyscrapers 100 meters above the ground, or the nature-reborn Earth below the toxic dust, your airship will be with you through it all, acting as your on-the-go laboratory and your home base.

“It will be your home, it will be your workshop, and your laboratory and it will be one of the very small number of places where you can feel a little bit of safety,” Blumenfeld says. “The other thing when we’re thinking about the airship is how the airship moves, how you control it, and how you are able to play with it. For example, you will be able to add turbines or different devices that will change how high you can fly.”

When starting the game, he says there will be locations you simply can’t reach. This is how the game pushes you to expand your ship's arsenal. If you want to reach that area, you need a way for your airship to get up there, and to do that, you need the necessary upgrade. That desire to find the required resources to build that upgrade might color one gameplay session, and the next will be about exploring what you discover when you reach the new heights above due to the upgrade. For example, the airship begins with just one balloon, but you can add a second to it over time. Upgrades, balloons, turbines, and more make your airship feel like yours. 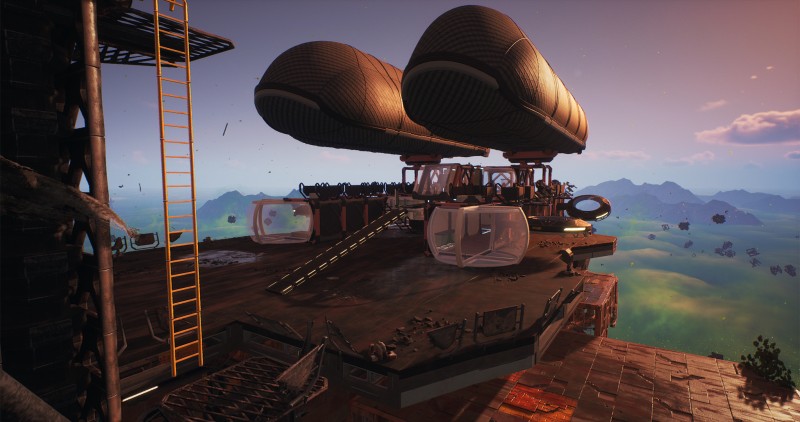 Game Informer
An example of an airship with two balloons

Blumenfeld says two players with 30 hours in Forever Skies could theoretically have completely different airships. It all depends on their focus in-game.

Customization, and hypothetically anything else in the game, could change based on player feedback in the game’s PC Early Access.

“From the perspective of our studio, it’s very important that we are as close as possible to the players and if you think about survival games, what is the most important thing is the instant gameplay loop and the feeling that it’s well-balanced and that you have something to do at all times,” Blumenfeld tells Game Informer. “That’s why we decided that we want to go in Early Access so we can be as close to the community as possible. We would like to invite people to join us [on the Forever Skies Discord server] because we are very open to ideas from the players.”

Jawor adds that he hopes players will be interested in the game’s development and excited to help create some items with Far From Home that could be included in the final build as “artifacts from the lost world.” He mentions posters of lost locations or a collectible for players to stumble upon when exploring a building.

Player feedback will help influence future development, although Far From Home has its own internal roadmap that includes cooperative multiplayer and a dedicated story mode. The studio is also working on additional locations and tools, too.

“I think what needs to be said here is that contrary to popular belief, even if we are creating a game, we are not really creating that game for ourselves,” Jawor says. “We are working on a game that players, that we hope players at least, will enjoy and play for a long time.”

Are you excited to check out Forever Skies sometime this year? Let us know in the comments below! 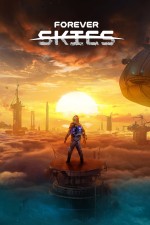