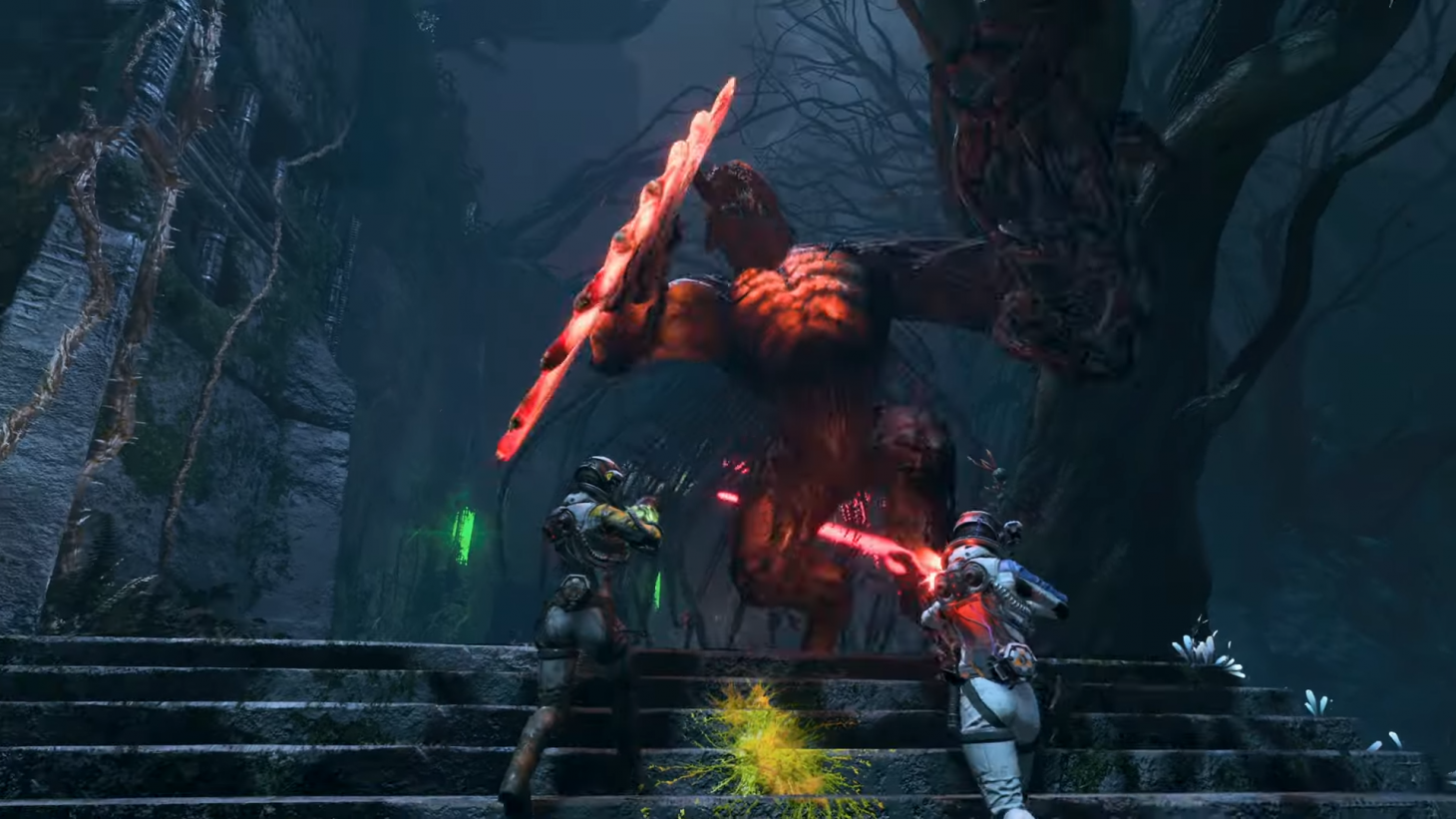 Update 3/22: In case you missed it, the Ascension Update for Returnal is now live. That means you can now bring a friend along in the newly added co-op mode. You can read the original story below to learn more about what Ascension entails, but it also adds a new location in The Tower of Sisyphus. This tower, which can only be played solo, adds floors of combat trials with who–knows–what awaiting at its peak.

Original Story: Ever wanted to tackle the challenges of Returnal with a friend? Now you can! Coming with the Ascension update on March 22, players can tackle the entirety of Returnal in co-op mode. Well, almost the entire journey. Another new content offering coming with this update, The Tower of Sisyphus, cannot be played in co-op mode. This new locale is a gauntlet of trials, tribulations, and death. While we don't know exactly what to expect with the Tower, it's fairly safe to assume that it will feature some randomization elements, and possibly some new story beats, enemies, and bosses to add to the already impressive Returnal roster.

Apparently, you can access the tower fairly early on in the game, after obtaining the Icarian Grapnel (this is off the second major boss). I'm not sure which is more exciting – the prospect of bringing in a friend to take on Returnal with or tackling new Returnal content! Let's just go with it's awesome to see new stuff coming to Returnal this late in the game, and maybe the teamplay will even coax some new players into the haunting world of Atropos. Check out the new trailer right here.