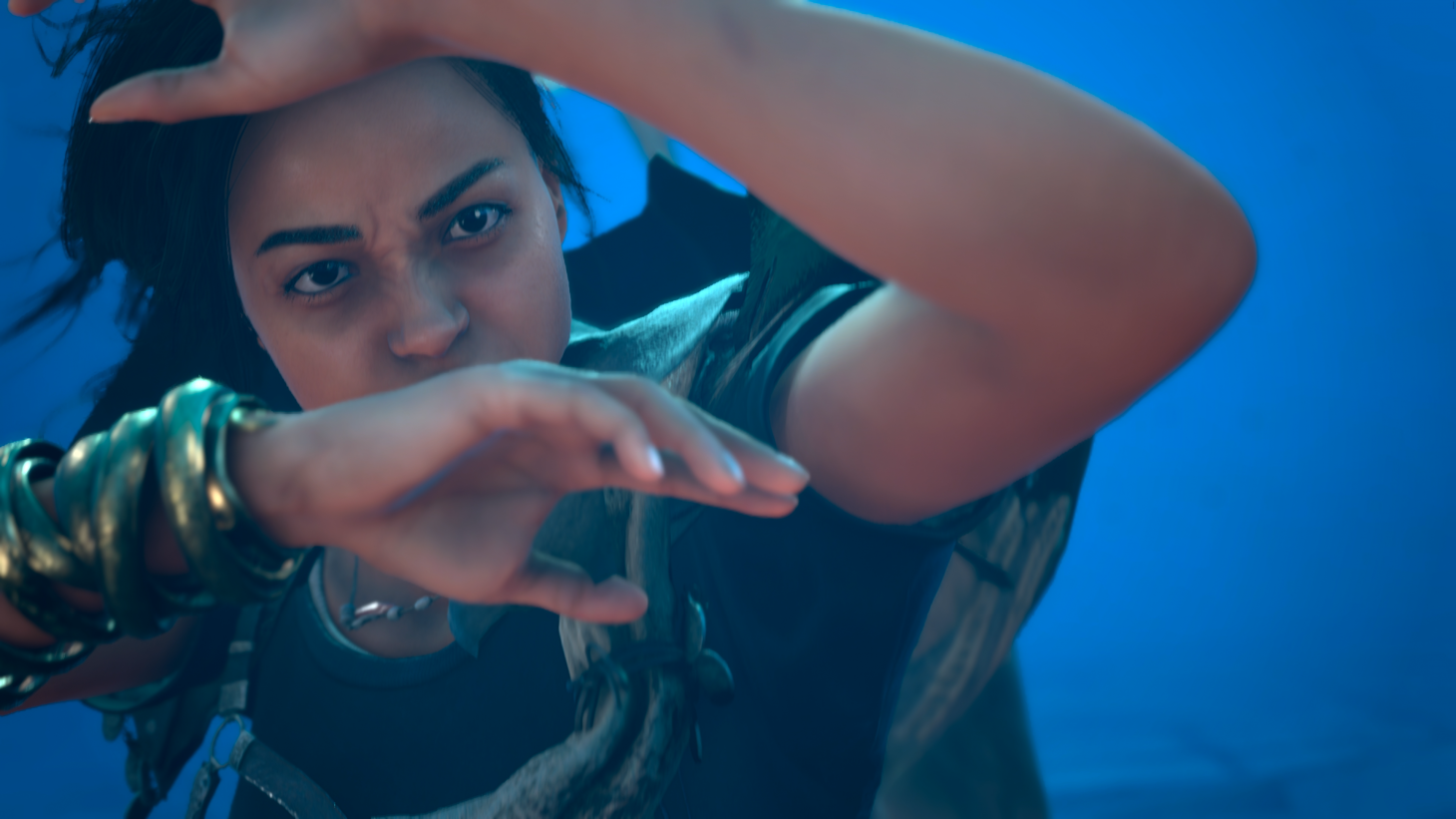 Heroes come in many different forms, and stepping into the role isn’t an easy decision. Sometimes it’s done out of necessity, while other times, it comes down to a person’s honor and virtue. In some instances, even greed and fanfare drive these desires. No matter the reasoning, it takes great confidence and courage to take up the mantle, and sometimes finding those attributes is what makes a hero’s journey so interesting.

Frey Holland, voiced by actress Ella Balinska (Charlie’s Angels), is the lead protagonist of Forspoken. For the most part, Frey is an ordinary young woman, but when she mysteriously gets transported from her home in New York to the magical land of Athia, she has to dig deep to find not only herself but also the strength to save this suffering world from the Break – a malevolent arcane fog which has corrupted people, animals, and the land. For our recent cover story, we chatted with Luminous Productions about how Frey came to life, and she isn’t your typical textbook hero. Read on to learn more about what to expect when you step into her shoes. 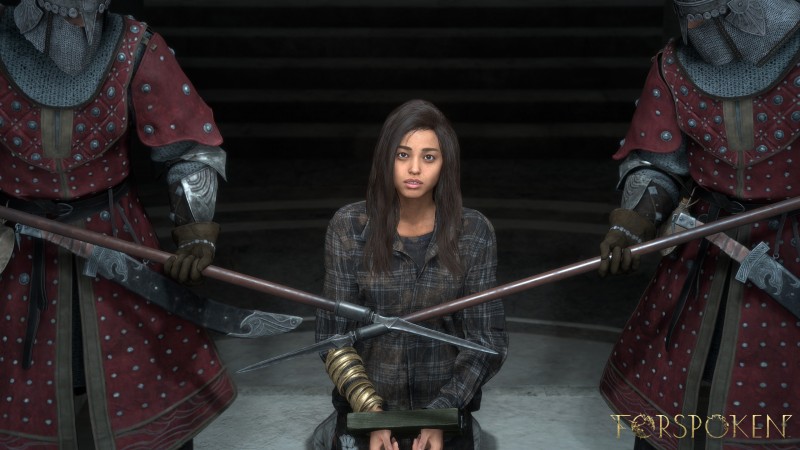 When Luminous Productions set out to create its leading character for Forspoken, the writers were tasked with crafting a flawed and believable character – someone who felt very human. “When we meet [Frey], she isn’t benevolent and worried about others,” says writer Allison Rymer. “She’s been knocked down every which way and is barely scraping by. We get to join her on a path of self-discovery.”

Frey spent her early years in the foster care system and has had to grow up fast, fending for herself in New York City. When we’re introduced to her, she’s at a really low point in her life and feels very alone, with only her cat, Homer, at her side for companionship. “Growing up in Hell’s Kitchen has been rough,” says writer Todd Stashwick. “She feels no one has her back. She’s tough and has been running as fast as she can in New York, for her and Homer.”

The scars from her past haven’t faded, and Rymer says her backstory plays greatly into her identity. “For Frey, growing up in the foster system hasn’t been all bad, but it did leave her with a feeling of low self-worth and strong desire to fit in and have a family – which she’s yet to find,” she says.

With no one to turn to except Homer, Frey is not making the best decisions in her life; trailers have heavily hinted she may be on her way to prison. Like any human, she is making her share of mistakes, and many times you won’t see her say or do the right thing. “She’s a good person, but in these desperate times, she has put herself in bad circumstances,” Stashwick explains. “She may have hit a point of no return, physically and emotionally. Frey, at this breaking point, has put herself ‘on trial’ internally, judging her own life and direction. We extend that metaphor into her story and external situations. So that the hero can rise, she needs to start in a less than heroic place.” 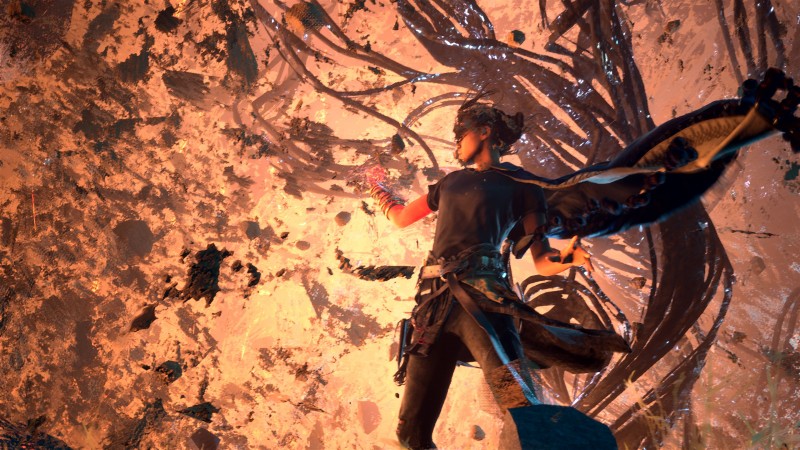 At her lowest, Frey just wants out of her current life, but Rymer reminds us, “as the old adage goes, be careful what you wish for.” Soon she is mysteriously transported to the fantastical and medieval-looking Athia, where she’s imbued with magical powers, facing off against evil sorceresses and dragons. She’s also unaffected by the Break’s corruption, something she’ll discover the reasoning to as she goes on her journey. Nonetheless, it gives her a special upper hand in saving this world, but she’s not so quick to jump on board with helping. Similar to Dorothy in The Wizard of Oz, she just longs to go home.

Stashwick calls it “a Connecticut Yankee in King Arthur’s Court” type of story. But even with such a big change of scenery and a lot of turmoil to distract her, Frey can’t escape her problems from New York. Stashwick points to the clash between the grounded, modern sensibilities of Frey and the fantastical world of Athia in particular. “Frey’s feelings of abandonment and insecurities follow her from New York into Athia,” he says. “So even though there are wonderous landscapes, magic, and dragons, she is processing and meeting it with all of her personal issues. She is acclimating to her new reality and enhanced abilities.”

Frey may have the power to cast magic, but she’s not certain she’s ready to have a whole world’s fate on her shoulders. Nobody ever stuck their neck out for her, so why should she jump to help a group of people she knows nothing about? While there’s something inviting about the beauty of Athia, it’s also downright dangerous and holds plenty of darkness, adding to her uncertainty and desire to leave.

She’s also feeling everything on a much more amplified level in this strange land. “Athia is also a very ‘grounded’ fantasy realm,” Stashwick says. “The conditions are harsh, the human drama and problems are just as real as in New York, even if the circumstances are heightened. The stakes now for Frey are more than just her own problems. It’s life or death for a lot of people.”

The Hero We’ve Got 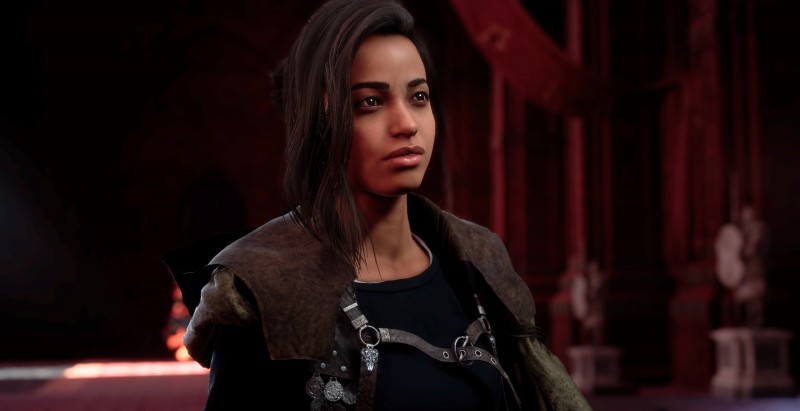 The Hero We’ve Got

A lot of the journey will be Frey growing into the role of hero and overcoming her own demons. “Frey isn’t totally onboard to be Athia’s knight in shining armor from the get-go,” Rymer says. “For starters, she’s not so sure she wants to do the job or is even capable of it. Secondly, there are some Athians who would agree with her. But as she gets to know some of the people there, she realizes they might just be worth fighting for. And with her powers, she might just be their only hope.”

With so much on her shoulders, Frey will try to get by any way she can, and humor is often her weapon against the giant plight before her. Both Stashwick and Rymer point to humor as a way people often cope with situations as a way to deflect from the pain. To them, it felt truthful to give Frey quips as she contends with the world’s over-the-top moments. “In order to realistically portray a modern woman who has found themselves in such an absurd situation, it was natural that some of her reactions would be humorous,” Stashwick further explains. “To self-consciously avoid anything funny would have been a disservice.”

Rymer is quick to add that while Frey’s humor is one of her weapons against Athia’s darkest days, she can’t use it against everything, and it surely won’t save Athia from peril. “It’s like armor. Humor protects her – keeps her safe from feeling icky emotions. Like they bounce right off. But yeah, when s--- gets real … Frey’s weapon is rendered useless. A joke or two can’t protect her anymore – she has to deal with what’s happening head-on, and it won’t be easy.”

Frey will face adversity from some unexpected places. For her conflicts, Stashwick teases: “A Hell’s Kitchen Gang. The New York legal system. The council of Athia. The evil Tantas. Her own self-doubt. Freaky beasts and a dragon.”

“Frey will also face xenophobia,” Rymer adds. “She is an outsider in Athia. Some people will welcome her, but others, who feel threatened by her, won’t. Frey will also struggle with her own insecurities. She’s prone to put up walls and push people away.” 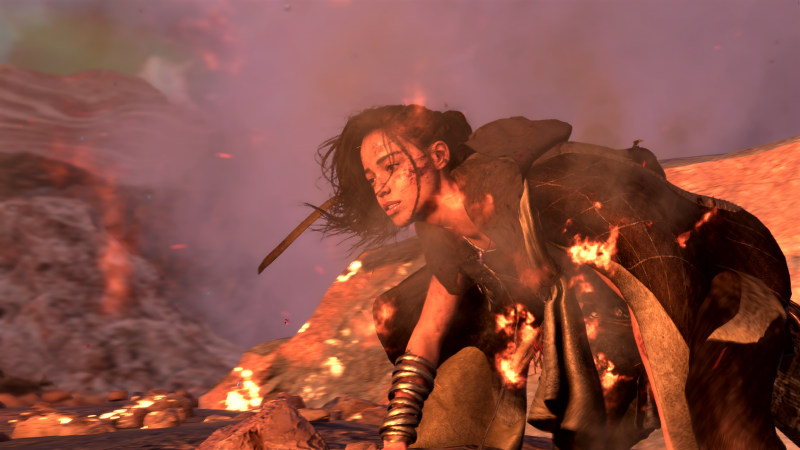 In Forspoken, fantasy and reality collide, because they have to, in order for Frey to become the woman she needs to be in her life. While casting big magical attacks and leaping through a fairytale-like world should hold much of the excitement, there’s something to be said about watching a character become a different version of themselves.

During our interviews with the writers, it’s clear they’re making a genuine attempt to say something about the human condition. As Rymer says, “Through Frey’s eyes, we wanted to tell a story about humanity. How even in the bleakest of times, there can still be hope and kindness. And sometimes it takes a little help to see that — sometimes it takes being thrown into a strange new world.” 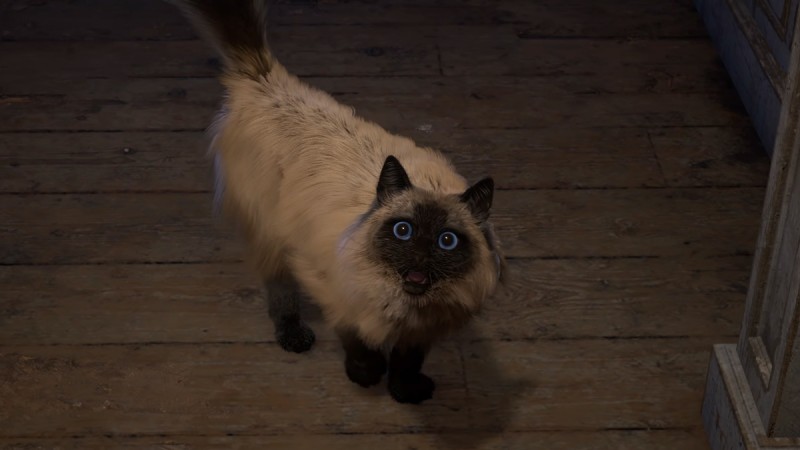 Frey’s cat Homer is her only family, and that love between the two was instantly apparent in trailers. Not only did the pair’s bond pull at viewers’ heartstrings, but Homer quickly stole the spotlight. The writers promised us they’d never let anything happen to Homer, saying her role is much more about the love she brings into Frey’s life.

Frey’s relationship with Homer is really important,” says writer Allison Rymer. “They have an unconditional love. Homer has been there for her through it all. And vice versa, Frey would do anything for Homer. Their relationship sets the groundwork for the kind of love and respect that Frey yearns for.”

Writer Todd Stashwick agrees about Homer’s importance, saying: “Homer is the only thing that Frey feels needs her, giving her a small sense of purpose, and to that, she, in turn, needs Homer. Her relationship to Homer actually mirrors bigger, important ideas and themes in the game.”

We asked about Homer’s connection to the famed ancient Greek poet, who composed the “Iliad” and “Odyssey” and if that connection plays into the game’s themes. Stashwick coyly responds: “Frey’s Odyssey begins.”