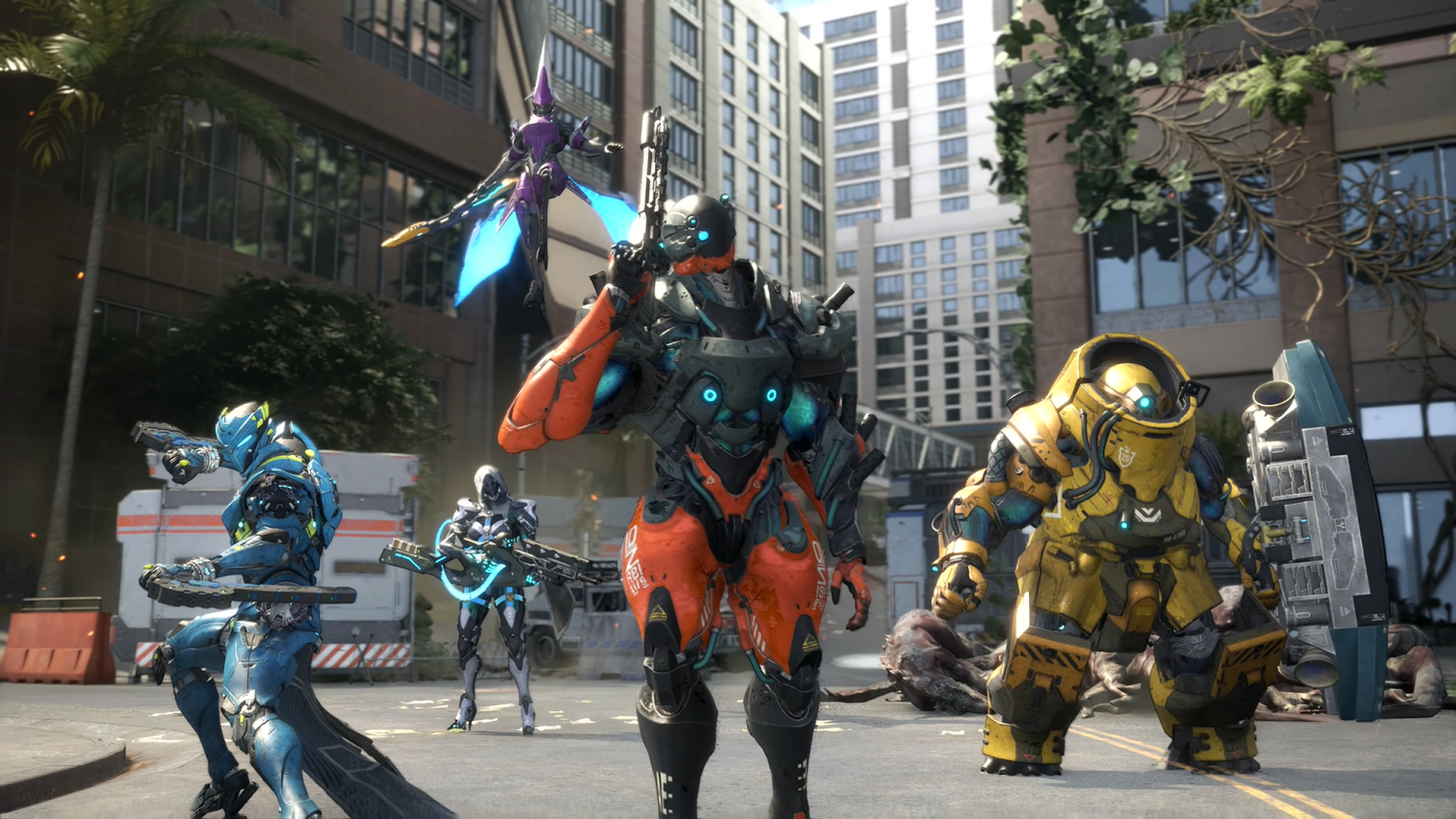 Capcom's Exoprimal Offers A World With A Crisis Of Dinos

Putting a stunning foot forward with dinosaur weather reports and Exosuit-wearing warriors, Exoprimal looks wild. This new IP from Capcom was announced at Sony's State of Play presentation this afternoon with a trailer showing off its characters and a hint of gameplay.

According to the debut footage, Exoprimal takes place in the year 2043, a time when the news has to give forecasts predicting when torrents of dinosaurs are going to drop on society. To combat the overwhelming prehistoric threat, an organization known as the Aibius Corporation and its powerful AI called Leviathan can predict when the dinos will appear and have developed advanced Exosuit tech for soldiers to battle against the beasts.

Exoprimal is a multiplayer experience with co-op gameplay at the heart of it. The primary mode in the game is called Dino Survival and pits two five-person teams against one another to complete objectives while attempting to keep the raptors at bay. Tasks completed in matches include cargo deliveries or, as Capcom puts it, "desperate last stands against relentless assaults." While the game has a multiplayer focus, the narrative is said to be woven throughout, where the "world's deep history and colorful characters" can be learned about as the mystery of the dinosaur outbreaks unravels.

Different Exosuits fill roles on the battlefield such as melee attackers like the Zephyr, Witchdoctor medic, tanks such as the Roadblock, and gun-toting models like the Deadeye. There's also a tease that a player can exit the suit and swap to another one mid-battle.

Capcom's Exoprimal is set to hit PlayStation 5, Xbox Series X/S, PlayStation 4, Xbox One, and PC in 2023.