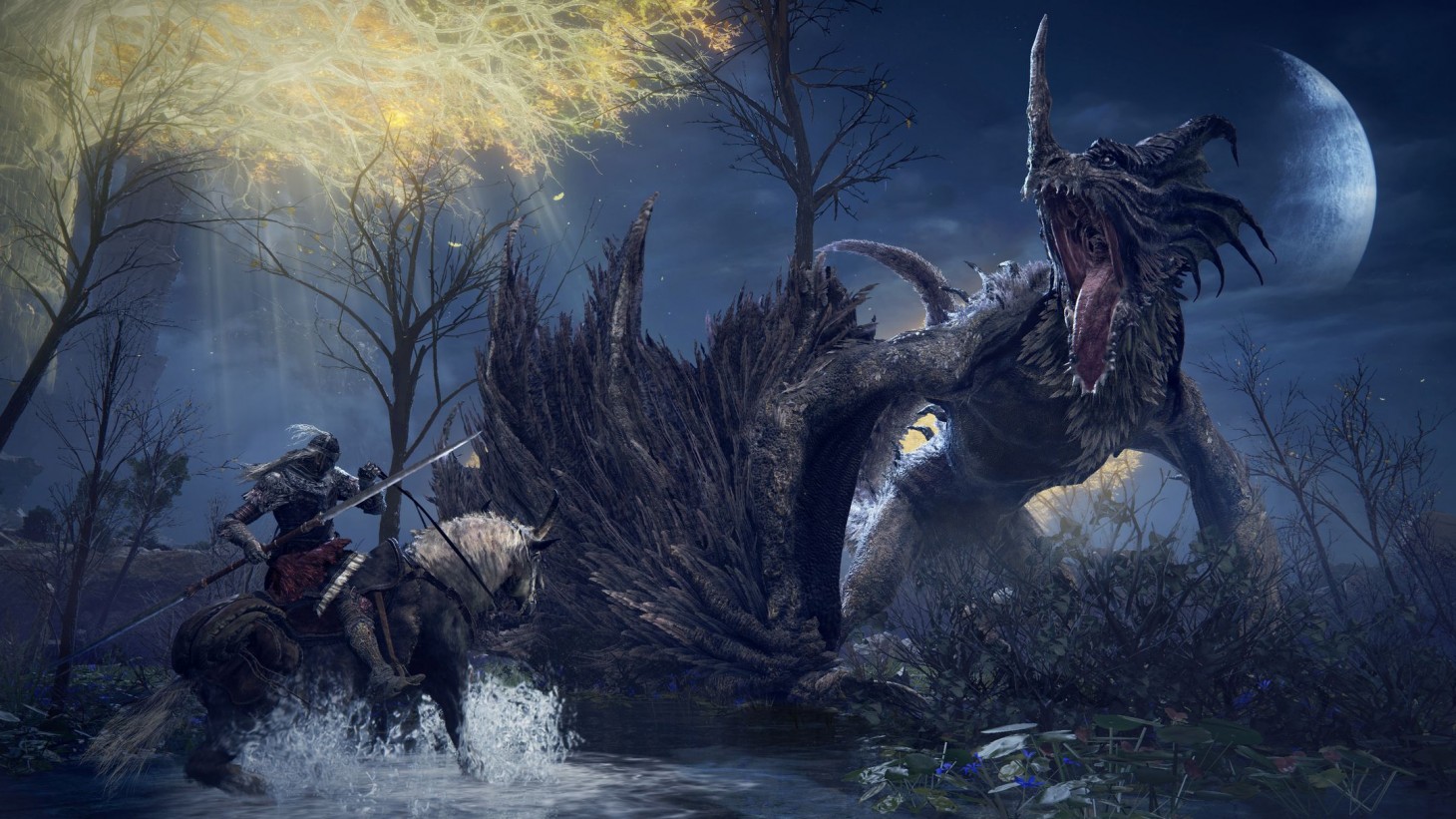 How To Beat Every Boss In Elden Ring Easy

Elden Ring is a dense, majestic world full of discovery and wonder. Well, what if you don’t want to explore all that and want an easy way to take on Margit, Godrick, and the rest of the titanic bosses that you’ll face in the Lands Between? What if you just want to steamroll every encounter in the game up to and including the secret ultra bosses? How about taking out some frustration on mean old Margit The Fell? Well, you’re in luck. We’ve got a method that will make you absolutely fearsome even in the face of the mightiest demigods. It all starts with weapon ash that you can put on just about anything, which you can apply to the weapon of your choice or easily pick up a weapon that has it on it already. And before you ask – yes, you can acquire this weapon and ash before ever fighting a single boss. Just in case you were wondering, yes, this guide does contain spoilers, so it’s time to head out if you’d like to experience Elden Ring without knowing these esoteric secrets of the mist. I'd also like to add that while this method is extremely effective, you'll probably have more fun if you don't use it.

Before we begin, I’d like to state that you can actually pull this off with a good number of weapon ashes in the game. A sort of upgrade to the weapon arts system from Dark Souls 3, many players seem to be forgoing them to their own detriment – while weapon arts were largely underwhelming, ashes of war are incredibly powerful. For this particular guide, we’ve selected a skill due to ease of acquisition and ease of use, boasting absurd damage, low FP cost, and a large area of effect. Yes, I’m talking about Hoarfrost Stomp. 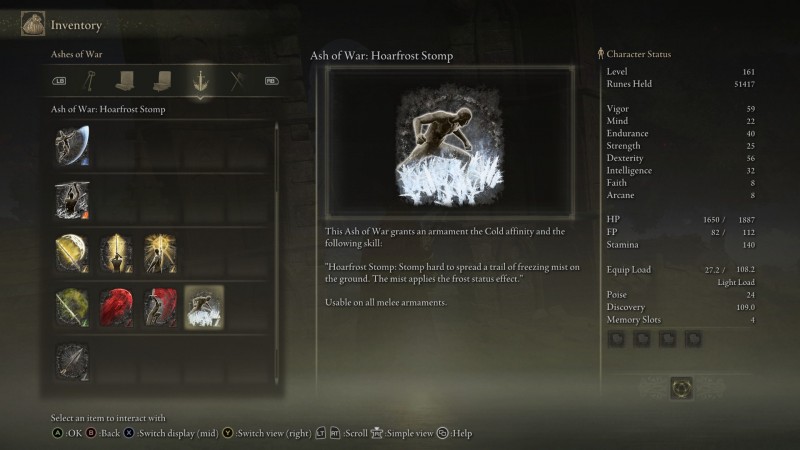 Your opponents will be caught in a field of icy death. They won't know what to do! There's nothing they can do!

Hoarfrost Stomp is acquired in a small lake near Carian Manor, which you can see here on the map. While this looks quite far from the player’s starting location in Limgrave, it’s not a very tough trip mounted from the very start of the game. Taking the trail across the broken bridge to skip Stormveil Castle places you handily in Liurnia, and the worst thing you’ll have to do to get the skill is dodge some deadly magic arrows that are part of the Manor’s defenses on the way. Once you get to the lake, there will be an invisible scarab making tracks in the water. Simply time your attacks to be in front of the beetle (don’t worry, he doesn’t fight back), and you’ll take out the invisible secret creature. You can then make extra copies of this Ash of War if you feel like putting it on multiple weapons or apply it at your leisure. 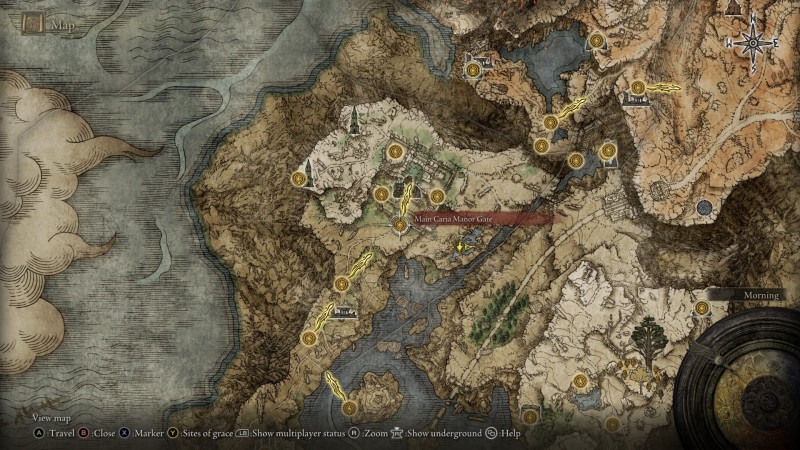 Find Hoarfrost Stomp in the small lake indicated on the map here. 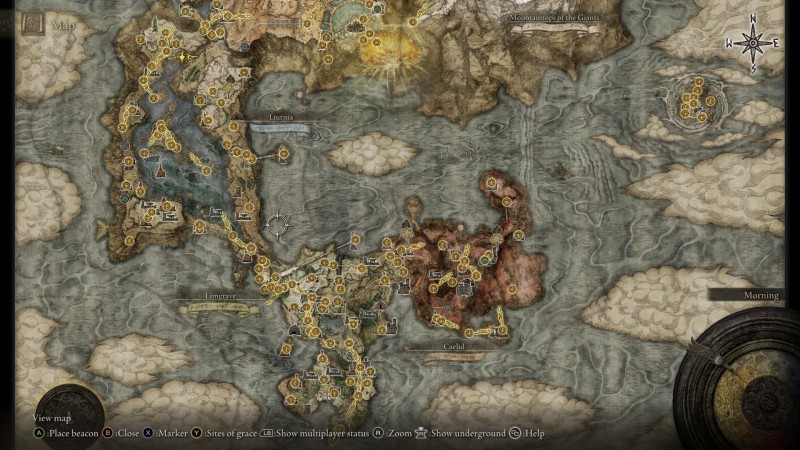 Don’t want to mess around putting the stomp on your weapons? No problem. If you’re looking for a “works right out of the box” option, you can pick up the Icerind Hatchet, also available without lifting a finger. Located in Liurnia in a treasure chest, you will need a small amount of dex to wield this weapon, but it comes with Hoarfrost Stomp attached. No need to mess around with anything! Nestled in the heart of the Temple Quarter, the Icerind Hatchet is easy to acquire, and you won’t have to fight anything for it. Find it on the map here – again, using Torrent to skip past Stormveil and ride right into Liurnia makes this an easy pickup right at the start of the game. 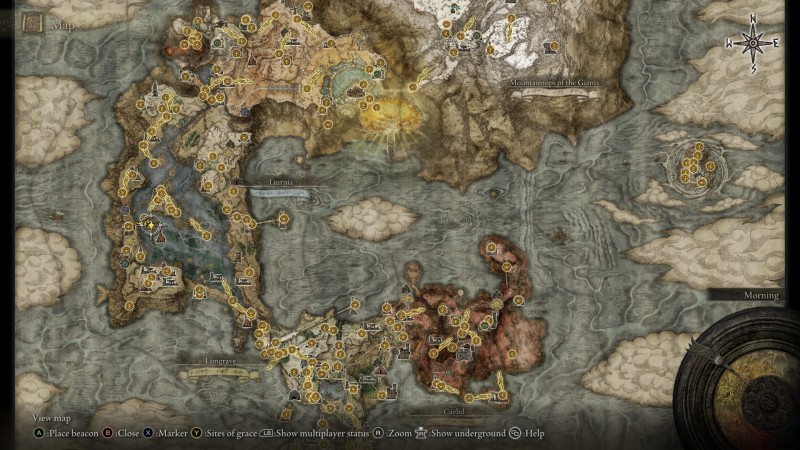 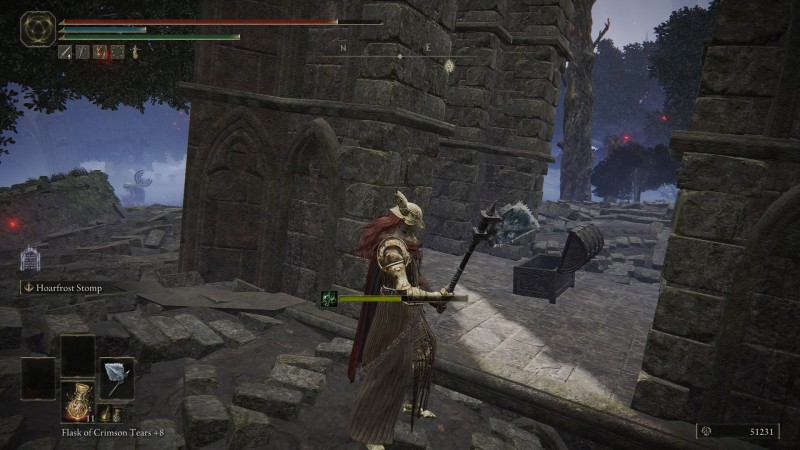 Okay, so now you’ve got Hoarfrost Stomp. How does it work? Easy, it shoots out ice in a big cone. Most enemies will simply walk into it and die, as it has enough range to keep you safe and will apply frost buildup even if they try to guard. Frostbite does absurd damage, and by spamming your stomp, you can lay low even the biggest bosses in the game in under a minute. Just be sure to keep adding points to your health and FP pools, collecting flasks and upgrading them, you know, things you would be doing anyway, and go to town on anything you meet!

Multiple bosses in the same room? No problem, kill them at the same time! One big target? No worries, frostbite will shred them in seconds. Put your foot down and obliterate your enemies with this one neat trick! Check out the clip to see the stomp in action – this works on pretty much any boss battle in the game! Yes, you might have to roll a few times or something, but you also can combine the Hoarfrost Stomp with the Mimic Tear summon to create an actually ridiculous icy grave for any opposition. With you and your double both blasting ice away, nothing can survive. Nothing. You can check out our guide on how to acquire the Mimic Tear here.

Congratulations on conquering the Elden Ring, Tarnished. Become the Elden Lord. Leave your foes frozen and fallen with Hoarfrost Stomp!