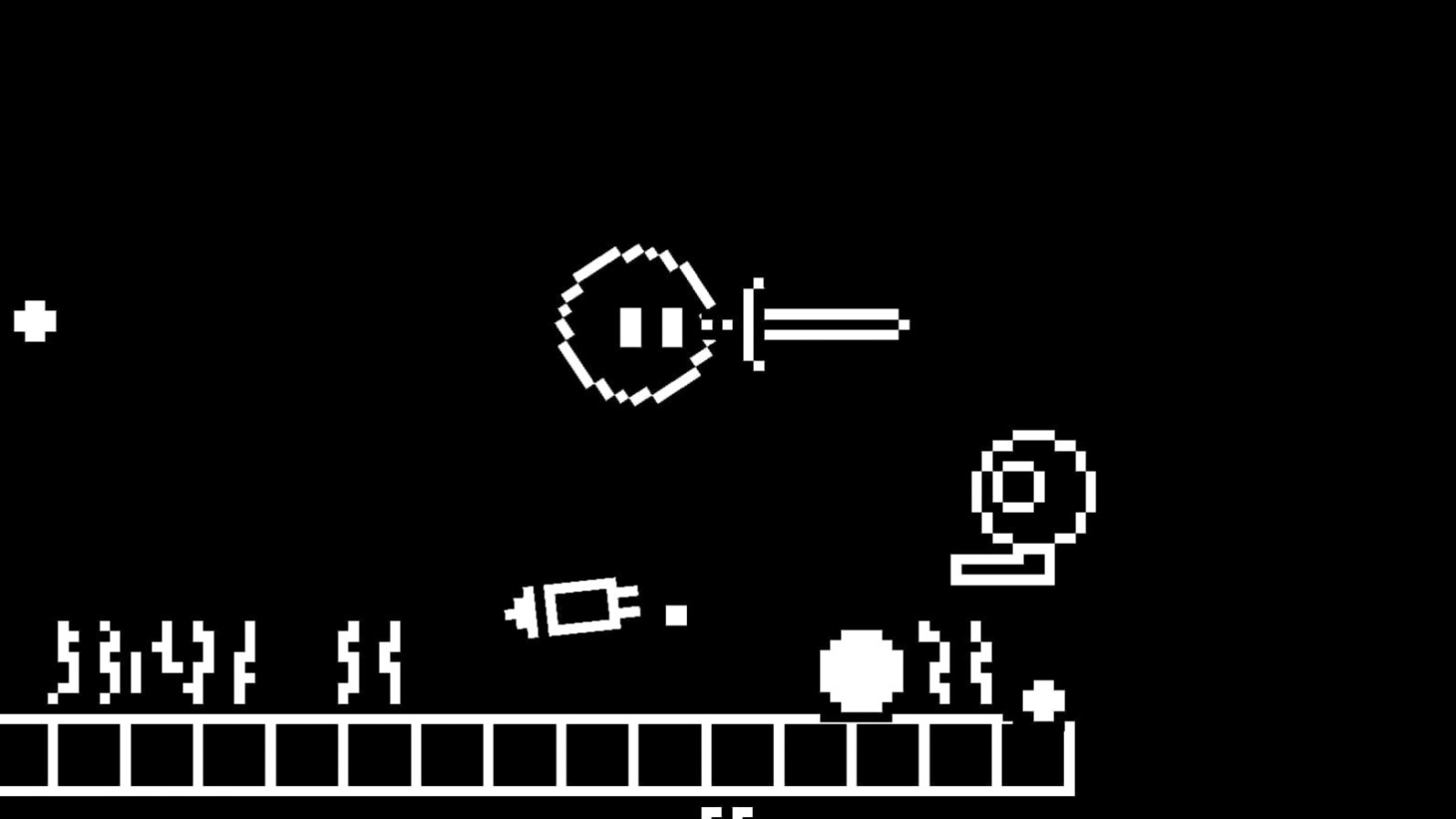 Weaponeer, A Game Developed By A 17-Year-Old That You Can Play With One Hand, Is Out Today

Being 16 years old is hard enough. There’s school as well as dynamic changes in friendships and other relationships. For some, it’s when you get a job and start making money. Parker Anderson, the one-man show behind PlugWorld, took on all of that and began developing a game that you can play with one hand all by himself. He’s now 17 years old, and Weaponeer is nearing its big (paid) re-release on February 14.

While Anderson developed the game exclusively by himself, its re-release features a few extra helping hands in the form of VoxPop Games and charity AbleGamers. VoxPop was founded during the COVID-19 pandemic by current CEO Charles Yu and COO Marc Rodriguez. Yu jumped into game development shortly after college, working in quality assurance in the Apple App Store ecosystem and elsewhere. Rodriguez also has a history in the game industry, having worked at Capcom and Rockstar Games, amongst others companies.

VoxPop is a peer-to-peer game distribution and development platform – a storefront – that looks to link developers and the streamers, influencers, and perhaps most importantly, players together in a “rising tides raise all ships” kind of way. The VoxPop website says, “we allow developers to leverage a small portion of their future income for users and streamers who help promote their games, thus giving developers exposure and influencers another revenue stream.”

Weaponeer, a retro 8-bit action platformer, is already available on Google Play and Itch.io because when Anderson felt it was ready, he simply released it for free. Eventually, it gained enough traction for Rodriguez and Yu to see gifs and images of the game. You only need to worry about two things in Weaponeer, making it the perfect game to play with one hand. Wherever your protagonist’s sword is pointing is where they’ll go – that’s one button, and you can also jump with one other button. The concept really is that simple, but Weaponeer’s many levels are particularly challenging.

Rodriguez and Yu loved what they were seeing. Rodriguez remarked how much it played like Sonic Spinball, a 1993 Sega Genesis game, and reached out. The two told Anderson about VoxPop’s “Made For” tag. In the Made For VoxPop version of Weaponeer hitting the storefront on February 14, you’ll find what is essentially the definitive edition, with new exclusive content.

“[VoxPop] talked to me about finding a charity to donate profits to because I really didn’t want the money,” Anderson said. “I thought that would be totally cool and they asked me if I had any charities in mind. They suggested AbleGamers.”

Anderson’s game wasn’t necessarily designed with accessibility in mind at first. But with Weaponeer being a mobile-first title, playable with one hand, the game was already more accessible than many other projects. Between that and his desire to donate profits to a charity, Anderson felt that AbleGamers was the perfect fit. So much so that he was ready to give the charity 100% of the profits, but founder and executive director Mark Barlet immediately shot that idea down.

“He was just like, ‘hey, I want to give 100% of the proceeds to you guys,’ and I kind of said that was a terrible idea,” Barlet says. “I told him, ‘I’m really flattered you’d like to do that, but I think you should keep some of the money because you’re working hard on it, you need to go to college, and the only thing you have is time, so make sure you get something out of the time you spent on this.”

Working with AbleGamers to re-release his platformer, Anderson says he’s learned a lot about game design and development. Barlet says that’s why Anderson must take some of the money from this. If he’s going to continue designing games that are accessible, he needs money, lest the world of game development lose someone committed to accessibility.

“This game is really interesting and fun,” Barlet said. “Is it purposefully accessible or is it accidentally accessible? Or is it a mixture of both? I don’t know, but in talking to him, he seemed committed to making an accessible game. But, you know, The Last of Us Part II is an accessible game, but it’s not a one-axis game [like Weaponeer]. I think the one-axis thing is also an additional design challenge that makes this title stand out.”

After some convincing, Anderson decided 50% of Weaponeer’s profits would go to AbleGamers.

“I think we want to find an opportunity to share his experience and his work,” Barlet says in regards to why AbleGamers decided to partner up with Weaponeer’s Made For VoxPop re-release. “I think there’s something uplifting about a young man, a kid, using the technologies that are available to make a really cool game. I’m really hopeful that it’s commercially successful, not just because [AbleGamers] is a benefactor of it, but also because it shows the power of what one person can do when they choose to do it. I want this young man to have a bright future, maybe become an agent of change in the game industry because it could desperately use some.”

While VoxPop helped Anderon’s Weaponeer, Anderson also repaid the favor: he inspired the platform to create a charity feature for devs to do exactly what he's is doing.

Rodriguez says VoxPop is the platform he wishes was available to him when he was 17.

“What we’re trying to accomplish, honestly, is enhancing everyone’s voice on where they want their passion projects to become profitable,” he said. “We want to be the place for a dev to become the next viral sensation, maybe like Among Us…but we also want to be a place where devs can simply make a living releasing games there.”

Rodriguez and Yu aren’t expecting any game to become the next Among Us, but they certainly wouldn’t be upset about it. They just want devs whose games might become overshadowed by other releases on traditional platforms like Steam to make a bigger impact through VoxPop’s peer-to-peer platform.

“I think there’s definitely a pressure when there’s someone else to appease,” Anderson said. “When you’re making something for yourself, you don’t really feel much pressure – you just make it until you’re happy with it [which is what he did with Weaponeer’s original release]. But when you’re making it for some other party, and you have to make sure that it’s good…for that platform, [you] definitely feel that pressure.” 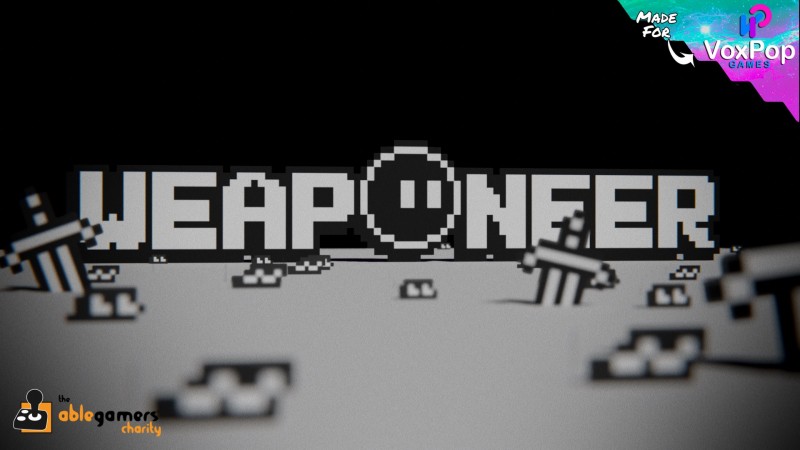 He also felt the pressure of rereleasing a game where some of its profits would go to a charity, although Barlet said the organization was simply happy to be involved. But Anderson wanted to make the game better, more intuitive, and more accessible. He adjusted how boosters work in Weaponeer, fixed moving platforms that he felt were annoying in the first release, and dabbled with quality of life changes to improve the overall experience.

Anderson isn’t quite sure what the future holds for him – he’s only 17 years old, after all. He might continue in game development, but he’s also interested in video visual effects. Right now, though, he’s focused on getting Weaponeer out and utilizing VoxPop’s unique storefront to raise funds for AbleGamers.

It’s the first time Anderson’s made a game for someone other than himself, and while he’s nervous about what that means, he’s beyond excited for Weaponeer’s Made For VoxPop release. Barlet, Yu, and Rodriguez are too.

“The Weaponeer drops on February 14, on Valentine’s Day,” Rodriguez said. “It’s like a love letter to the indie games community, a community we all love.”

PlugWorld’s Made For VoxPop Weaponeer re-release will be available on PC on February 14, 2022, for $6.99. You can wishlist the game here. 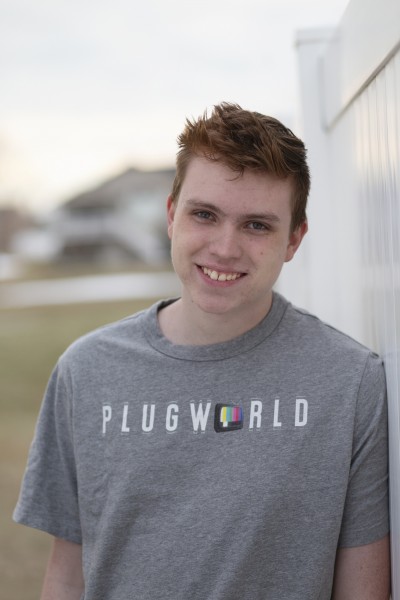 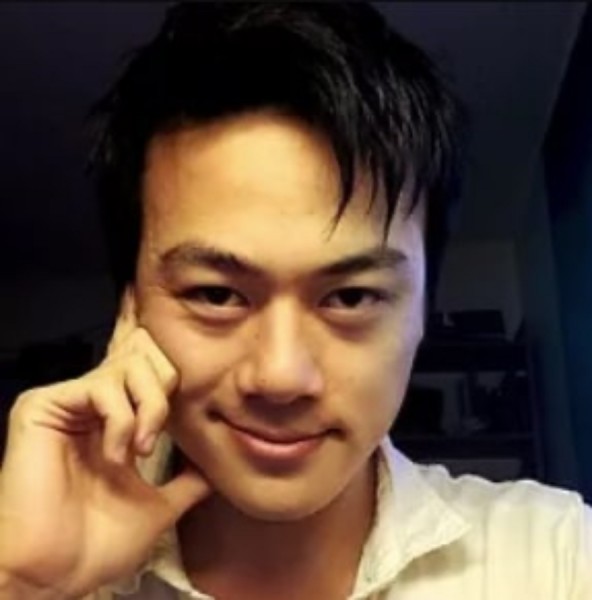 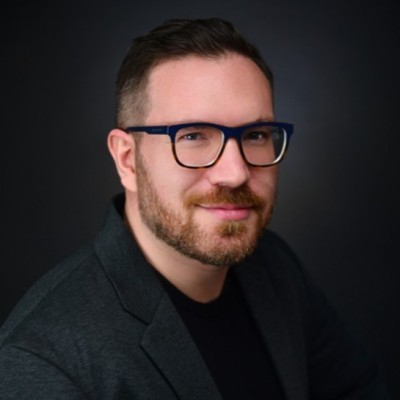