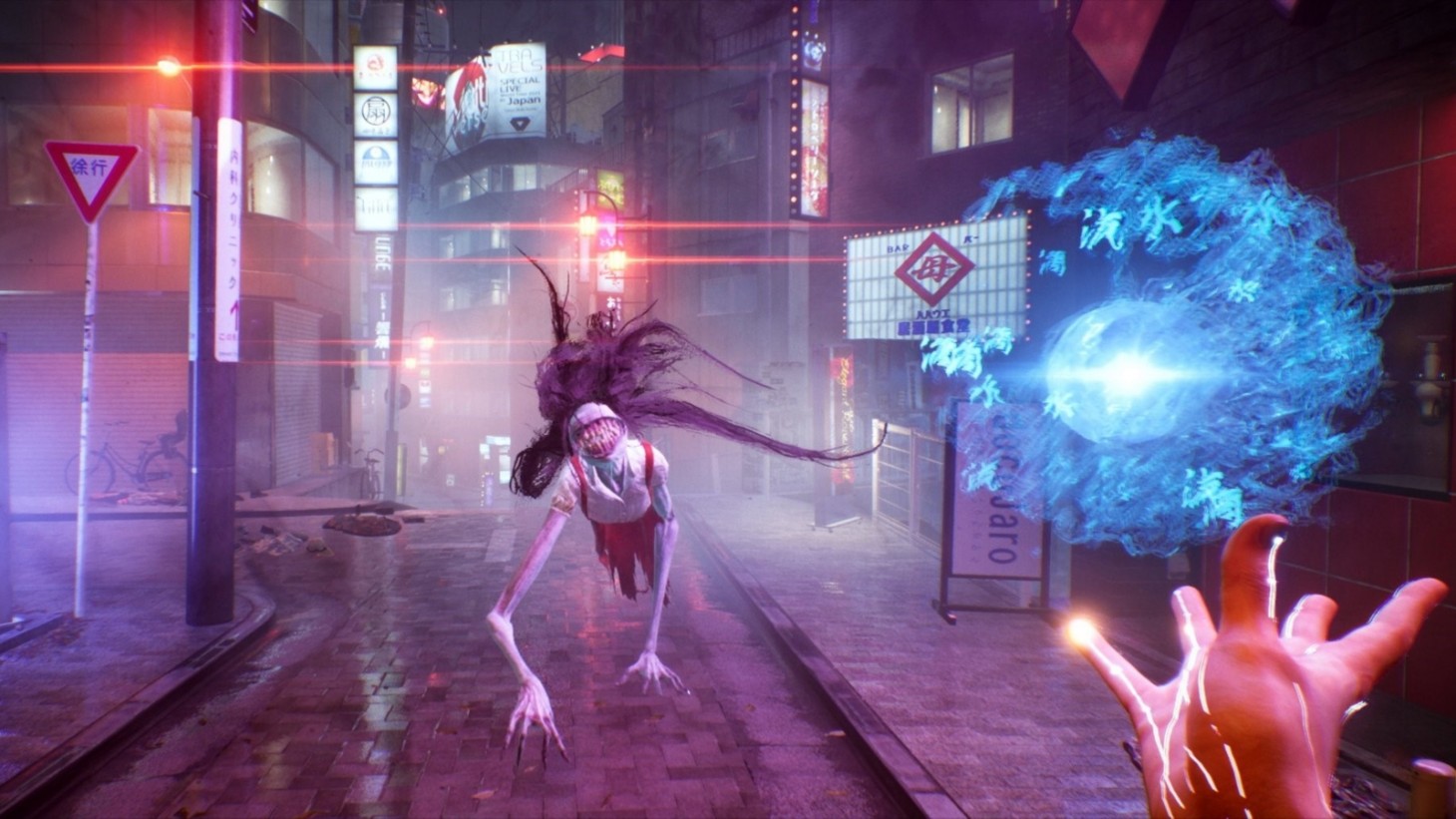 If you’ve been anxious to see more of Ghostwire: Tokyo, the supernatural action game by The Evil Within masterminds, Tango Gameworks, you’ll want to set aside some time on February 3. Sony is hosting a special PlayStation 5 showcase for the upcoming title, and the festivities begin at 5:00 p.m. Eastern.

Additionally, the YouTube video’s description reveals Ghostwire: Tokyo’s release date of March 25. It also reveals pre-order bonuses and a Deluxe Edition, which grants early access to the game three days early (for digital purchases only). The following bonus items are Shinobi Outfit, Kunai Weapon, and Streetwear Fashion Pack. We’ll likely get a look at these goodies and more during the broadcast, which you can bookmark below ahead of time.

In addition to releasing on PlayStation 5 as a timed exclusive, Ghostwire: Tokyo is also launching on PC. The first-person action title puts you in the shoes of Akito, one of the few remaining humans in Tokyo after the population vanishes and paranormal entities take over. Akito joins forces with a spirit named KK, granting him otherworldly abilities of his own to take down these spirits. Ghostwire: Tokyo was first unveiled during Bethesda’s 2019 E3 showcase and was initially slated to release in 2021 before being delayed.

We’re excited to get a new look at the game tomorrow and pleased that its release isn’t that far off. In the meantime, be sure to check out our career profile on Ghostwire: Tokyo’s bubbly former creative director Ikumi Nakamura.