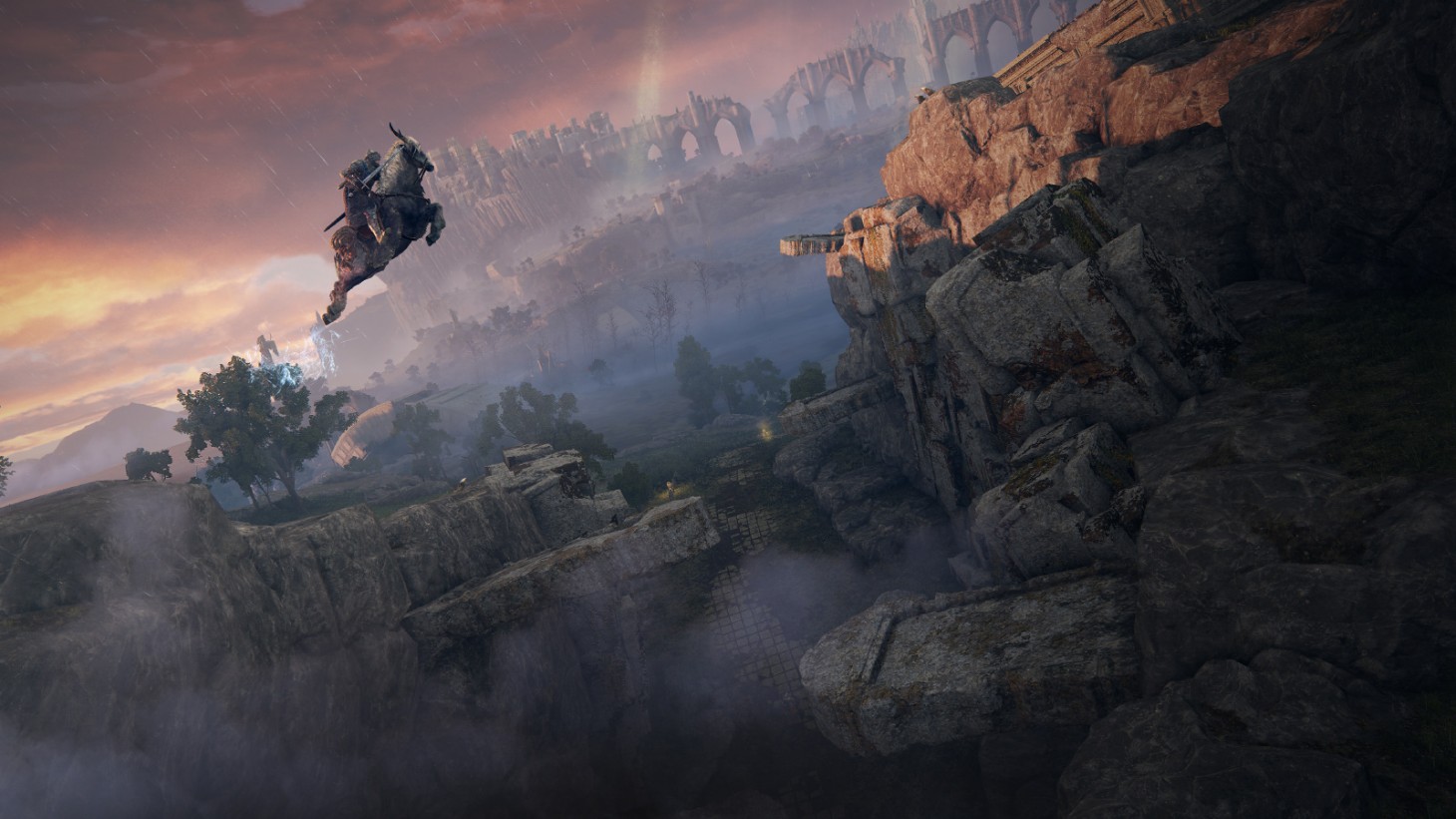 Players that have been enjoying From Software’s last decade of action/RPG fare have discovered recurring characters, themes, and weaponry to be found in various forms across the games. While they don’t always make an explicit appearance, sometimes they’re found as shimmering surprises that delight (and terrify). This is the case during Ludwig’s phase two battle, where he decides to pull out the Moonlight Greatsword and attempt to dunk on the player with some incredibly flashy power moves. In Elden Ring, players will be able to interact with the duplicitous traitor Patches as well as acquire both the Storm Ruler and Moonlight Greatsword.

“I can confidently say yes, this time. Elden Ring is the sort of game that forgives a massive sense of volume and bulk,” says game director Hidetaka Miyazaki. “And so I felt like I was entitled to include these things this time. So yes, you will find them if you look hard enough.”

Of course, with Elden Ring being a vast open-world full of secrets and exploration, it’s likely that some of these items will be tucked away and hidden behind mysteries. While we probably won’t be taking down a manta ray Storm King with the Storm Ruler this time around, since Patches will be there, it’s possible that some other pieces of King’s Field and From Software history will be around somewhere. Since we’ve seen multiple dragons as part of this world, it wouldn’t shock me to see something akin to Seath the Scaleless slithering around.

In the same conversion with Miyazaki, while we did get to see otherworldly areas like the Roundtable Hold, there won’t be any Painted Worlds in the game as he feels those are specifically a Dark Souls element. However, you can find paintings in the game all over – collectible objects that display a specific location in the world tied to the artist’s soul. While I didn’t get to track any of these locales down during my session, you can be sure that’s one of the first things on my list of things to do with the final game.