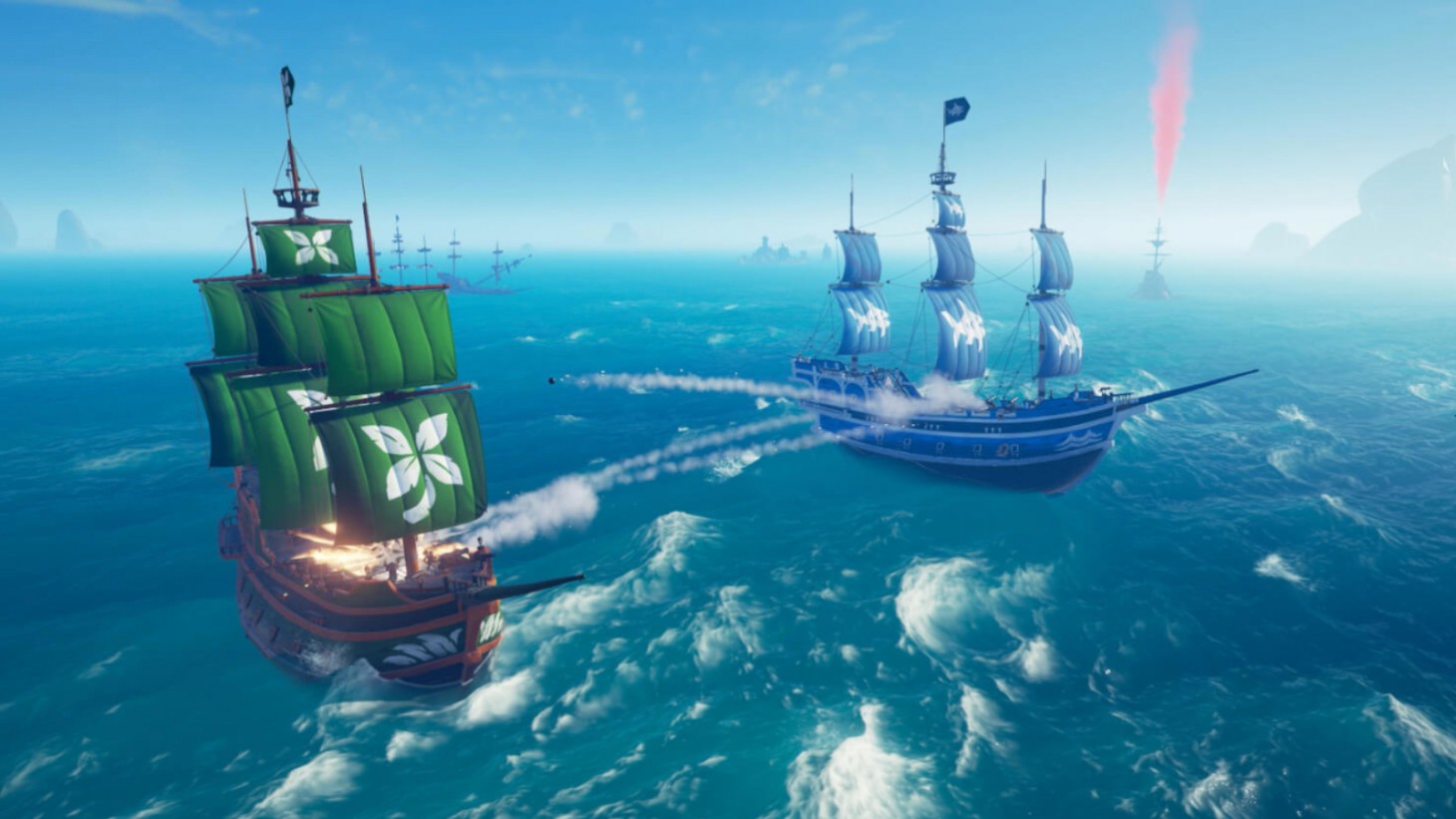 Sea Of Thieves’ PvP Arena To Shut Down This March

Rare has announced that it is shutting down its PvP Arena in Sea of Thieves.

Revealed during the Sea of Thieves 2022 Preview Event, The Arena is officially coming to an end as it simply isn’t a mode played by most players. Rare says it was a tough decision to come to, but the right one for the future of the open-world pirate game.

“Firstly, this was an extremely tough decision, but we firmly believe it’s the right one to allow us to focus on our plans for the central free-roaming Adventure mode,” Rare writes in a blog post. “Despite the efforts of a hugely talented team, The Arena unfortunately never met the goals we originally had for it – either in creating a genuine alternative way to play Sea of Thieves with a competitive spin, or a short session experience if you didn’t have the time to commit to an open-ended Adventure session.”

The Arena will officially close at the start of Season Six, which is slated to begin on March 10, 2022. Those who have played in The Arena before and have reached or passed Sea Dogs rank 5 will receive the following ship cosmetics:

Anyone who has reached Sea Dogs rank 50 will receive The Good Boy ship cosmetic as well. The cutoff point for these rewards has already passed so if you haven't already hit either of these ranks, you won’t be receiving the associated rewards.

Rare says that only 2 percent of its players’ time is spent in The Arena on a consistent basis and since the start of that mode, that hasn’t really changed. The studio also says it might understand criticism that it didn’t invest enough into The Arena to make it a worthwhile mode, but Rare says The Arena never became popular enough of a mode in Sea of Thieves for them to focus creative efforts there, so it didn’t.

“While we’re incredibly proud of where the game is now and the decisions we’ve made since launch back in 2018, we look back at The Arena with pride mixed with regret that we didn’t manage to reach the wider audience that would have allowed us to keep building upon its foundations. We learned a lot from the launch and development of The Arena, but one thing that really stands out is that launching a competitive mode is a far bigger investment and requires a far bigger creative focus than we realized going in.
Despite sharing a lot of the same mechanics as Adventure, it is an entirely different experience, and one that would have required a huge amount of mindshare and development effort to stand alongside it – and given the disparity of audience sizes, it just became impossible to justify.”

Development on Sea of Thieves’ Arena actually halted in December of 2020, something Rare announced at the time. However, in updating Adventure mechanics and adding quality of life improvements, the team has to bring those things over to the Arena mode, too, which presented a workload that wasn’t worth it.

“As a result, The Arena has required considerable development work just to keep it functioning in its base state, and would continue to represent a significant ongoing workload for us – which is ultimately what leads us to the decision we’ve shared with you today.
We understand that this will be a huge disappointment to our small but dedicated community of Arena-focused players. We want to say thank you to everyone who has played and supported The Arena, from those who have just dabbled to those who have run competitive events and built up communities, such as the Notorious Arena League and Sea of Champions. It has been genuinely incredible to see the skill level of some of the players who sprang up around The Arena, and how this played out in the spirit we love to see: with fairness and respect for each other always at the forefront. You are a wonderful and creative community and we’d love to work with you on moving forward in a world without The Arena.”

Were you a fan of The Arena in Sea of Thieves? Let us know in the comments below!