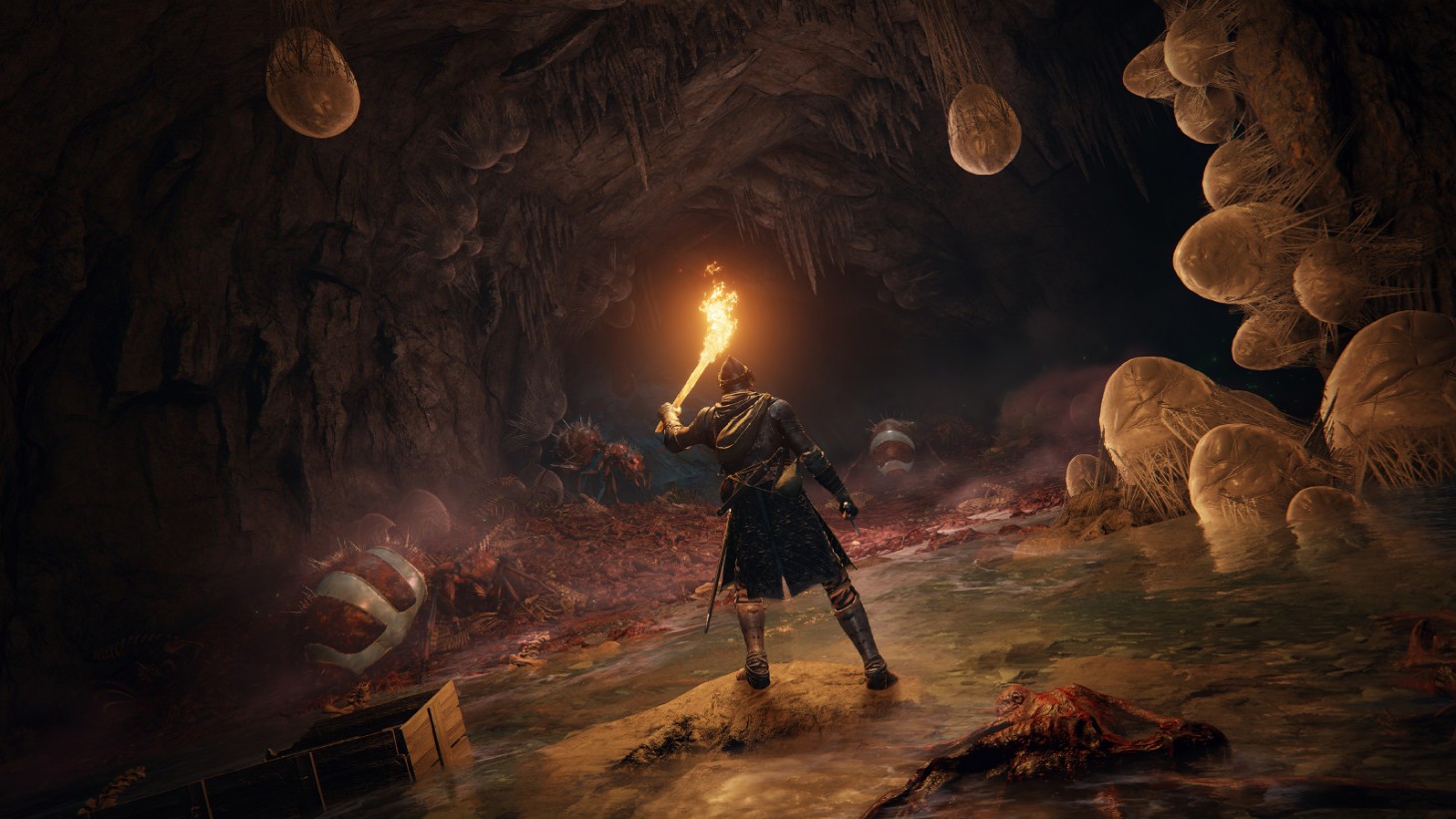 If you’ve played one of the From Software action/RPG titles from Souls to Bloodborne, chances are you’re used to coming face to face with an area where the environment itself can feel like a major boss encounter. These oppressive poisonous swamp areas really got their stride in the Valley of Defilement all the way back in Demon’s Souls, but have continued to plague players to various degrees through the notorious Blighttown to other poisonous pits, caves, and muck. Speaking with Elden Ring game director Hidetaka Miyazaki, he relays that in this game, he rekindled his love for creating these horrific environments.

“In terms of how the player feels when they encounter this area that is a different story,” says Miyazaki. “But when making the game I rediscovered my love for making poison swamps. I know how people feel about them, but you know, suddenly I realize I'm in the middle of making one and I just can't help myself. It just happens.”

And happen it will in Elden Ring, where players will once again battle challenging environments alongside titanic bosses. In the past, players have had to deal with poison and toxic, with toxic being a more virulent and deadly version of the standard poison that often just ticks down at the player until they die. However, Elden Ring is bigger all over, and there may be even worse status effects to deal with here as part of the poison swamp package.

In fact, Elden Ring introduces a new affliction for players to contend with known as the Scarlet Rot. It’s unknown if players can actually get the Scarlet Rot, but in my playtime with the game it was referenced several times, meaning there’s probably an entire poison swamp zone to splish splash around in. Putting several of the pieces together from the extensive demo session also makes one think that perhaps this Scarlet Rot is the reason so many of our characters are wearing masks and facial adornments, to hide the ravages of this potential disease.

We’ll have to see when the game lands on February 25, but I’ll tell you this – the more Miyazaki enjoys making a poison swamp area, the more we probably have to worry about making our way through it. Hopefully, Torrent will see us through but don’t count on our mounted companion to be of any help for any interior areas tinged by the Scarlet Rot.