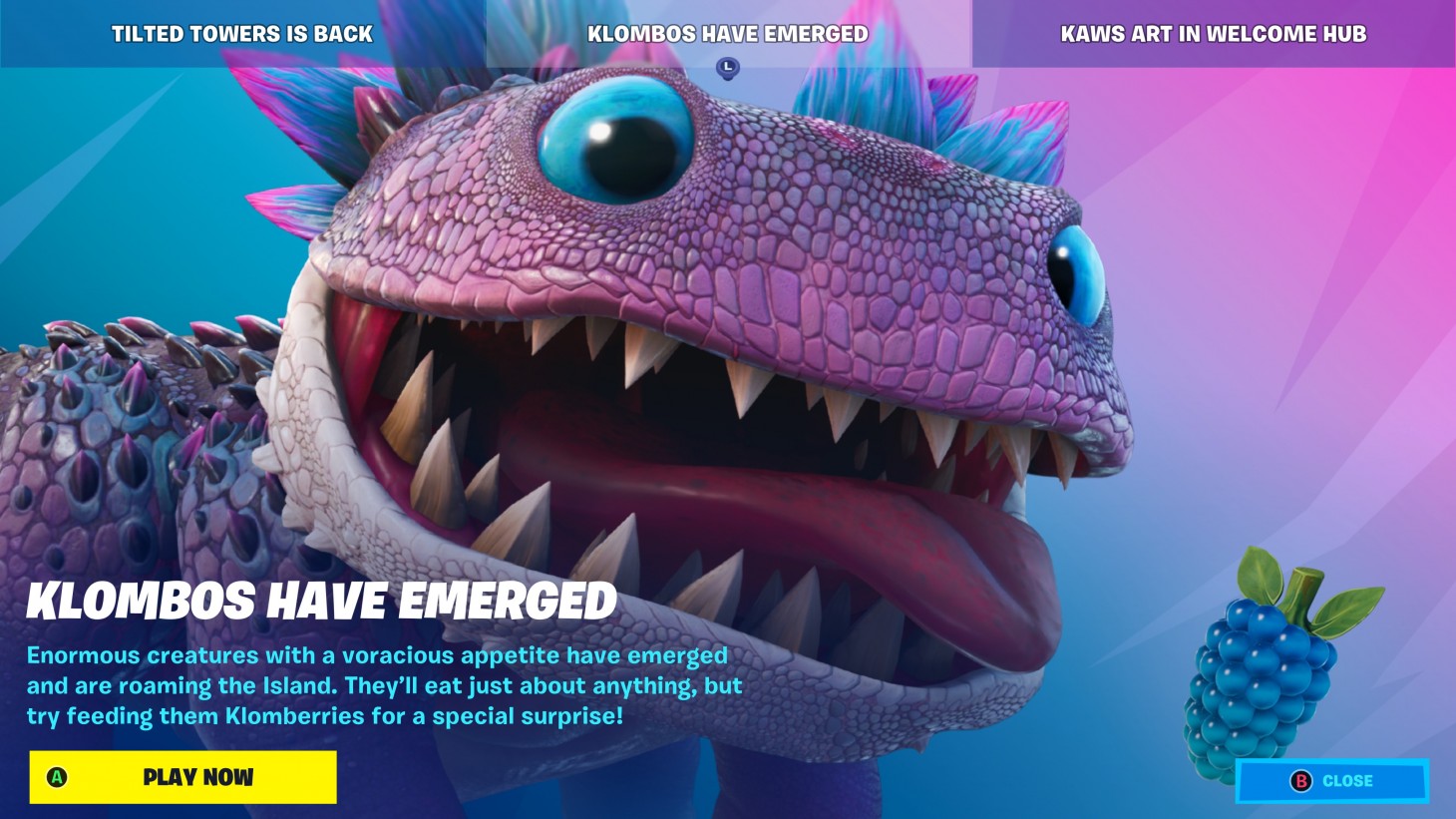 The everchanging world of Fortnite received a significant update today. As the weather heats up and spring approaches, frozen sections of the game's map are thawing. One such area has melted to reveal the return of Titled Towers, a popular location filled with towers that was a part of Fortnite's first battle royale map.

The great thaw also has awakened new life in the form of giant dinosaurs called Klombos. These peaceful beasts are roughly the size of a bus and are roaming the world looking for things to eat, especially Klomberries. When they consume something, their color changes. You can interact with these beasts. Try running up a Klombos tail and see what happens when you reach the blowhole on its head. If you shoot a Klombo, it will attack you. That blowhole is also a weapon. So far, you can find two Klombos on the map – one to the northwest of the Daily Bugle and another to the west of Titled Towers.

In a few matches I played this morning, Titled Towers proved to be a popular destination with what seemed to be half of players descending upon it to see what has changed. You may want to arm yourself and shield up before landing at this fun spot. If you collect characters, you'll find two have been added to the game in slots 21 and 22.

More significant changes will likely be on the way to Fortnite in a few weeks, as The Foundation and Haven Masks battle pass rewards unlock in 16 days. The item shop also updates daily at 6 p.m. CT. It'll be interesting to see if Epic Games ties in any character skins and items with the return of Titled Towers. Maybe a Klombo trainer? We'll find out later today.