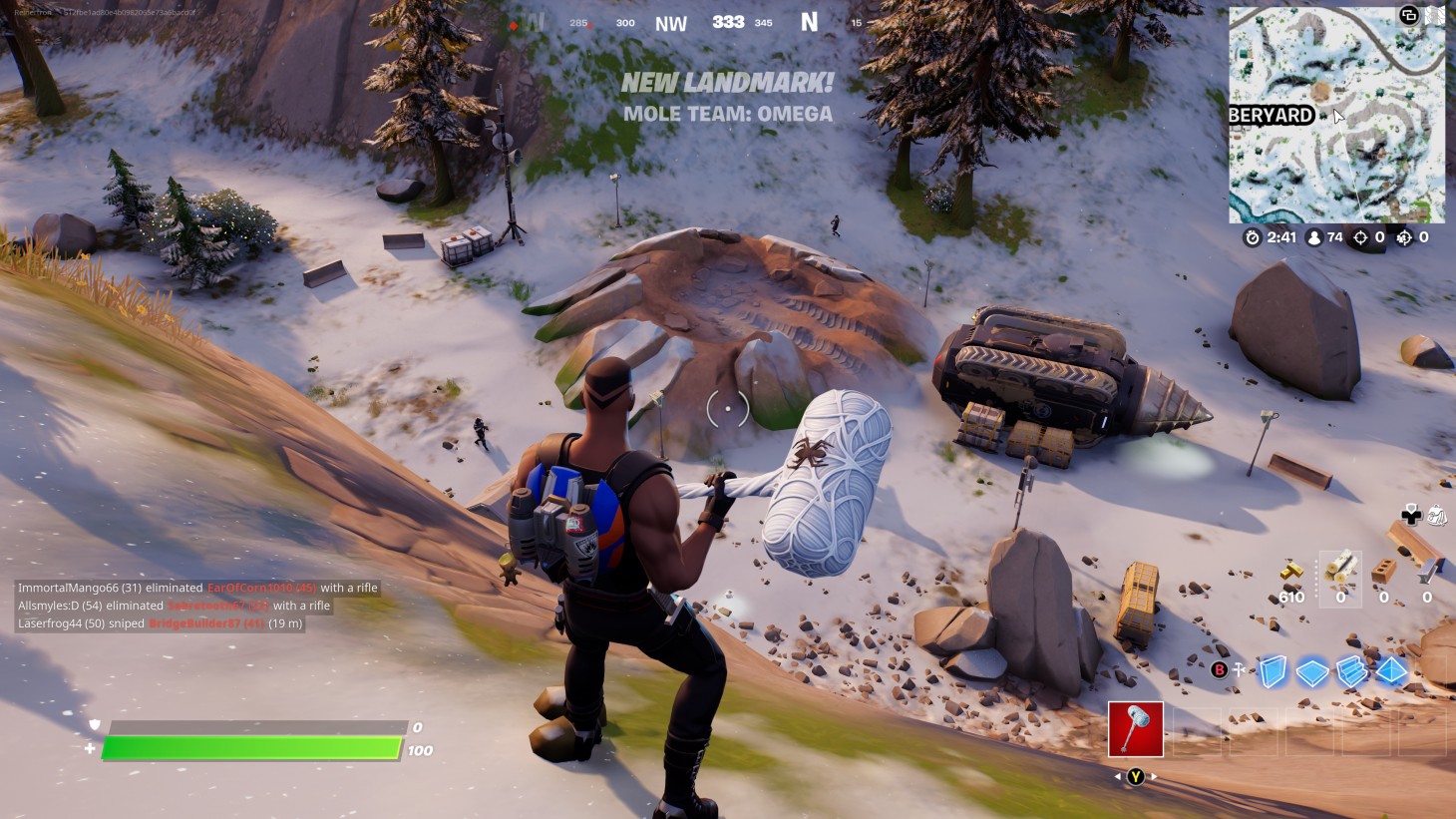 Something Changed On Fortnite's Map Today

Fortnite's shop updates every day at 4 p.m. CT with new skins, emotes, and gliders to acquire, but the game map often changes without warning. That happened again today in a small way. If you explore slightly to the northeast of Logjam Lumberyard, you'll find a new circular patch of dirt just beyond a hill. Investigating the scene reveals a large driller protected by IO guards at a landmark called Mole Team: Omega. That's right, the Imagined Order (better known as IO) is back and it appears they drilled through the island. 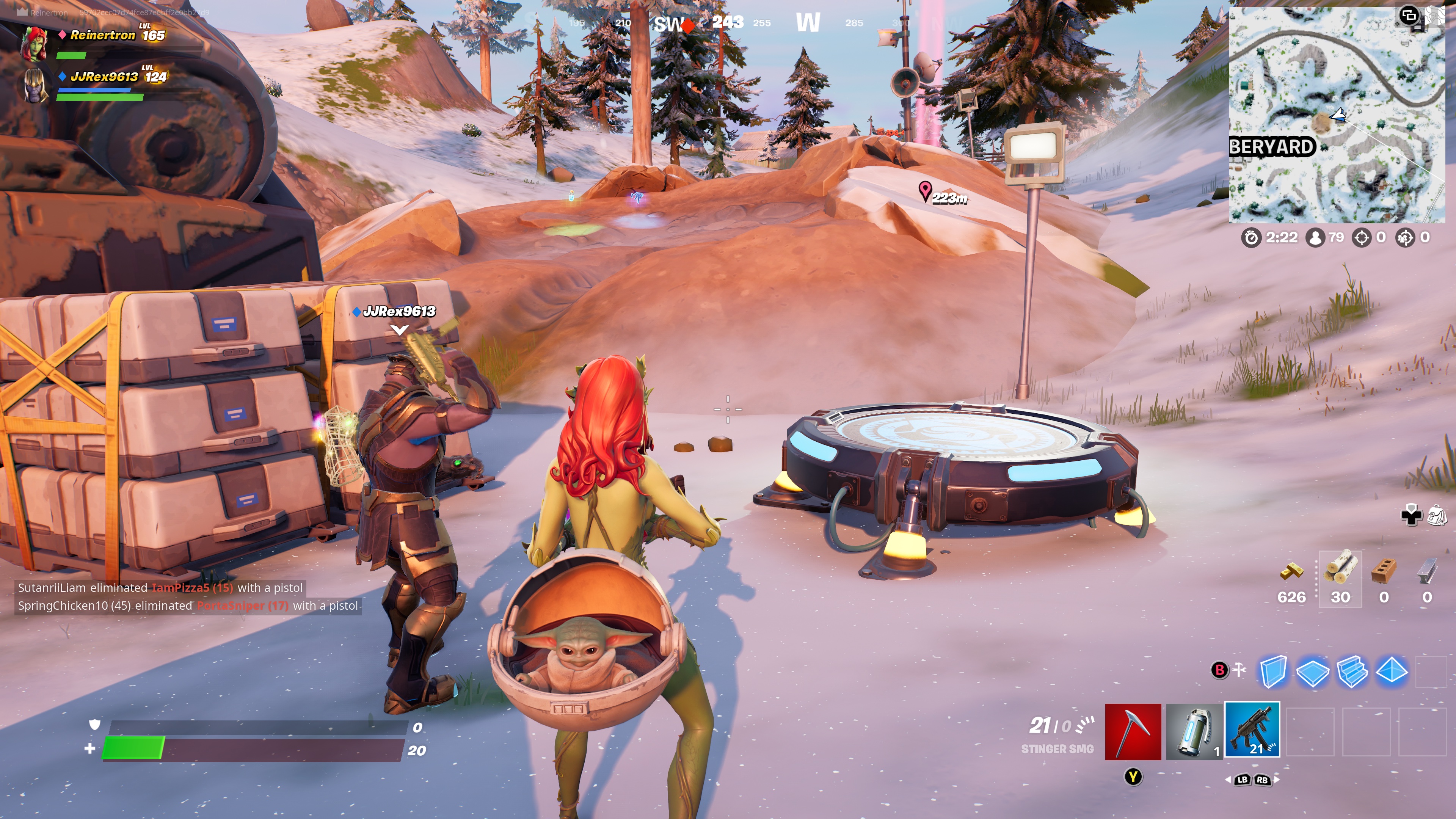 Odds are we'll see more IO troops on the island in the days and weeks ahead, likely culminating in a new story development. There's a chance it could tie into The Foundation unlockables countdown, which currently sits at 30 days.

If you want to check out the drilling site, make sure you bring a weapon, as IO will open fire the second they see you. Look for a tent and you'll find a large weapon cache. A launcher awaits on the far side of the dirt pile, so you should be able to make a quick getaway after getting the rare loot.

I can't wait to see where Epic goes with this next. We're still waiting for tornadoes and that strange six-legged purple monster to show up, but the arrival of IO is a nice surprise that should lead to a new antagonist showing up soon.