Samsung Electronics has revealed that its upcoming slate of 2022 televisions will support Stadia, Nvidia GeForce Now, Utomik, and non-fungible tokens.

In a Samsung press release, the company unveiled these new details and features during the Consumer Electronics Show held over the weekend. Collectively, the TVs will feature the Samsung Gaming Hub, where owners can access video game-related features like Stadia and more. 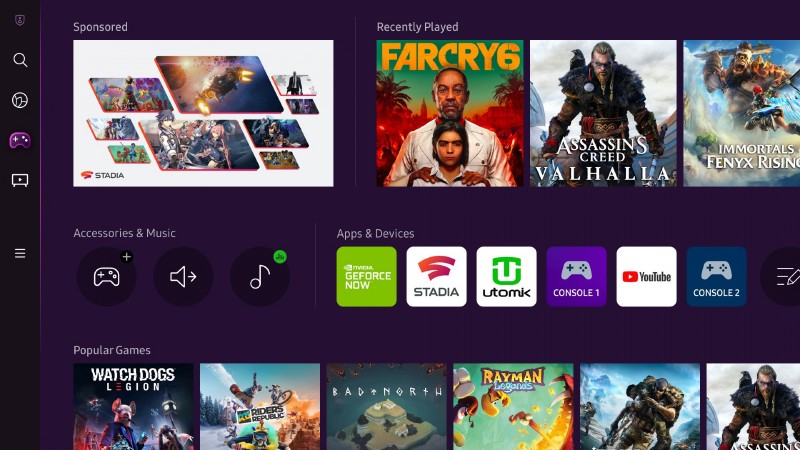 “Powered by Tizen, the Samsung Gaming Hub is a new game streaming discovery platform that bridges hardware and software to provide a seamless player experience,” a press release reads. “Samsung also announced partnerships with leading game streaming services – Nvidia GeForce Now, Stadia, and Utomik, with more to come – to bring their full libraries of games to the Gaming Hub.”

Samsung says this hub will be available globally on select 2022 Samsung smart TV models. The press release did not mention NFTs, but over on The Verge, the publication says Samsung’s 2022 TVs will feature NFT integration.

“With demand for NFTs on the rise, the need for a solution to today’s fragmented viewing and purchasing landscape has never been greater,” a press release from Samsung reads, according to The Verge. “In 2022, Samsung is introducing the world’s first TV screen-based NFT explorer and marketplace aggregator, a groundbreaking platform that lets you browse, purchase, and display your favorite art – all in one place.” 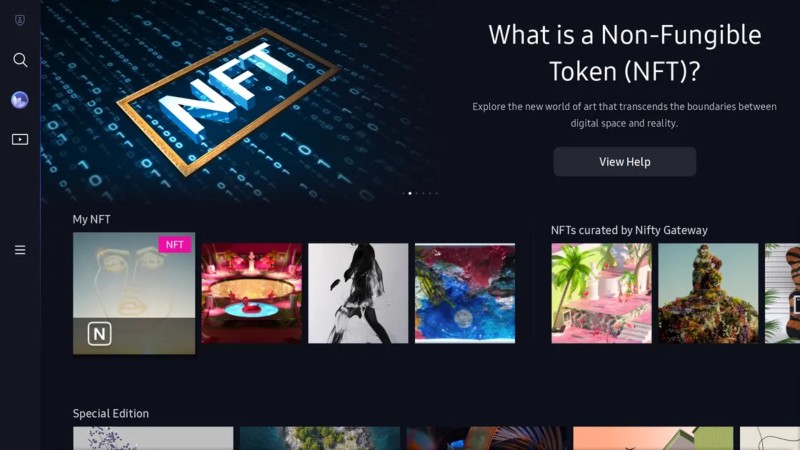 The Verge writes that Samsung says this NFT platform will let creators “share their art with the world” and let potential buyers both preview a specific NFT before buying it and learn more about an NFT’s history and its blockchain data.

This news marks a major TV manufacturer’s first public foray into the NFT ecosystem. It also makes Samsung one of the first TV designers to implement video game streaming directly into its display, allowing users to connect a controller directly to the TV without needing a separate dongle or accessory.

What do you think about Stadia, GeForce Now, and NFT integration in Samsung’s upcoming 2022 lineup of TVs? Let us know in the comments below!