A Terminator RTS Game Is On The Way, See The First Battle Against The Machines

A new narrative campaign for Terminator: Resistance just launched last week, and our war against the machines will bleed into 2022 with the newly announced RTS game, Terminator: Dark Fate – Defiance. Developer Cats Who Play and publisher Slitherine today released the first details and two short videos that give us glimpses at how this future war will unfold for PC players.

Set in the same universe as the Terminator: Dark Fate film from 2019, Defiance delivers a campaign experience that puts you in the role of the Founders faction's commander and asks you to keep the last remnants of humanity alive. You may even have the chance to deal a devastating blow to the Legion's machines. As you make progress, you'll rally allies to your cause, but the choices you make could have consequences.

Cats Who Play revealed details that your weapons and vehicles will take on damage, meaning armor and hull integrity could wear thin over time and leave your troops vulnerable. If a building collapses, the physics-based debris could devastate your efforts. You can also use physics to your advantage to take out well-fortified enemy strongholds.

If you'd rather play as the machines, you'll get the chance to do that in the multiplayer and skirmish modes. In these avenues of play, you can control the Founders, Legion, and Resistance. For multiplayer, the battles can be 1v1, 2v1, or 2v2.

Cats Who Play hopes to have Defiance out in 2022, although no specific date or season has been announced at this time. 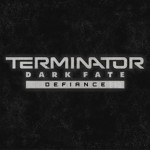