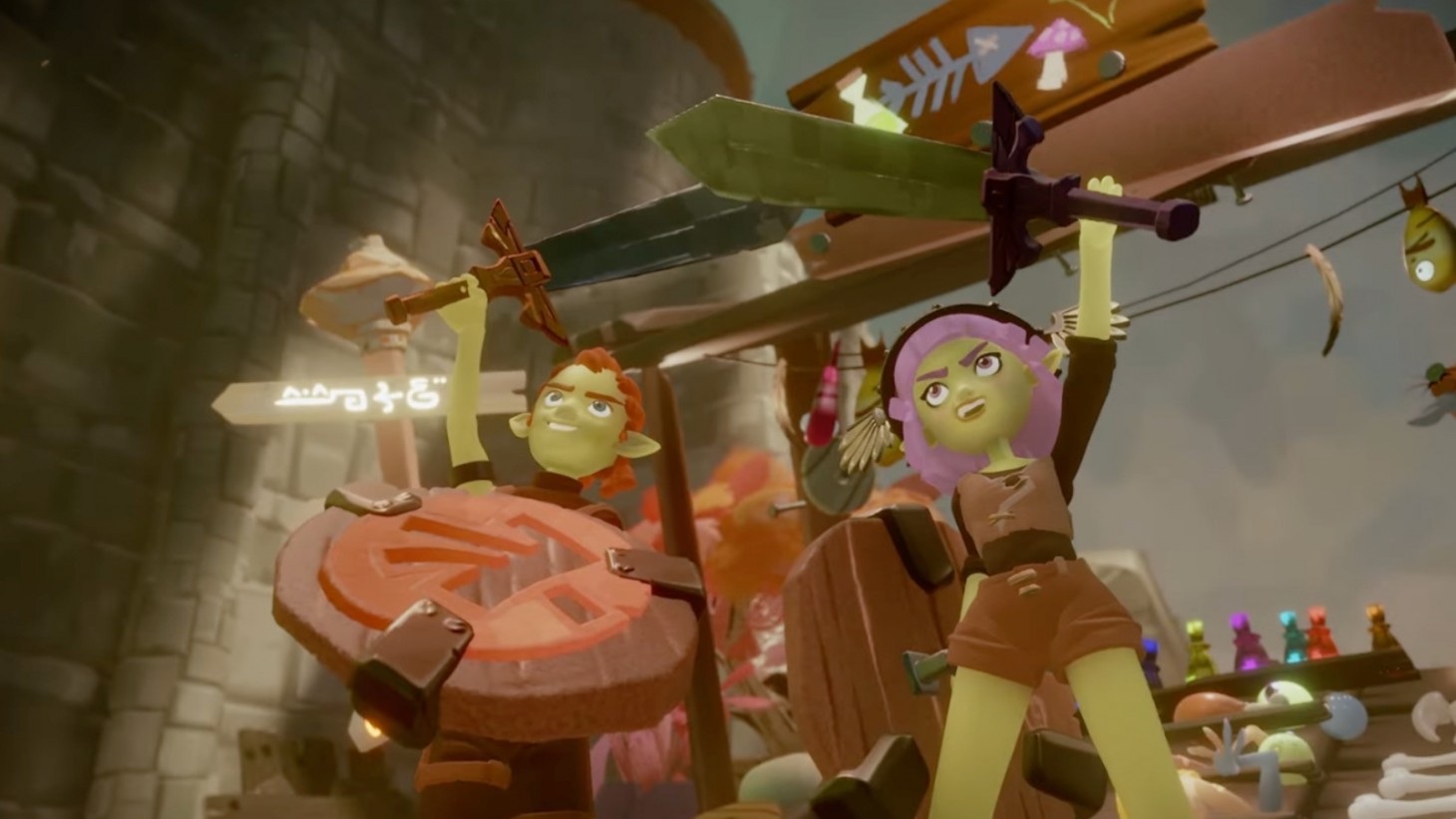 Media Molecule has announced Ancient Dangers: A Bat’s Tale, a new playable game the studio made in its 2019 creation game, Dreams.

The game seems to be centered on two dungeon-crawling protagonists who must battle “hideous monsters” and solve “fiendish puzzles” to advance through Ancient Danger’s medieval setting. There is, of course, loot and wealth to be found throughout each of these dungeons, and there seems to be a cute bat at the center of its story, as the name alludes to.

“Join the teenage orcs Scoria and Gabbro as they team up with their new friend, Herb the Bat, on a quest to find the renowned snozzleaf. Will Scoria and Gabbro find the herb they need to cure their grandmother’s terrible snoring? Can their wise-cracking bat pal find his way home? Get playing now and go show those dragons what happens with you mess with teenage Orcs!”

Ancient Dangers is a third-person dungeon crawler, featuring a single-player mode where players control Scoria, and a co-op mode, which adds Scoria’s twin, Gabbro, to the mix. The co-op mode is couch co-op only, though. Media Molecule says new PlayStation trophies have been added to Dreams for players to unlock while playing through Ancient Dangers, too, so if trophy hunting is your thing, you don’t want to miss this.

For more about Dreams, check out our thoughts on its release in Game Informer’s Dreams review.

Will you be checking out Ancient Dangers: A Bat’s Tale? Let us know in the comments below!