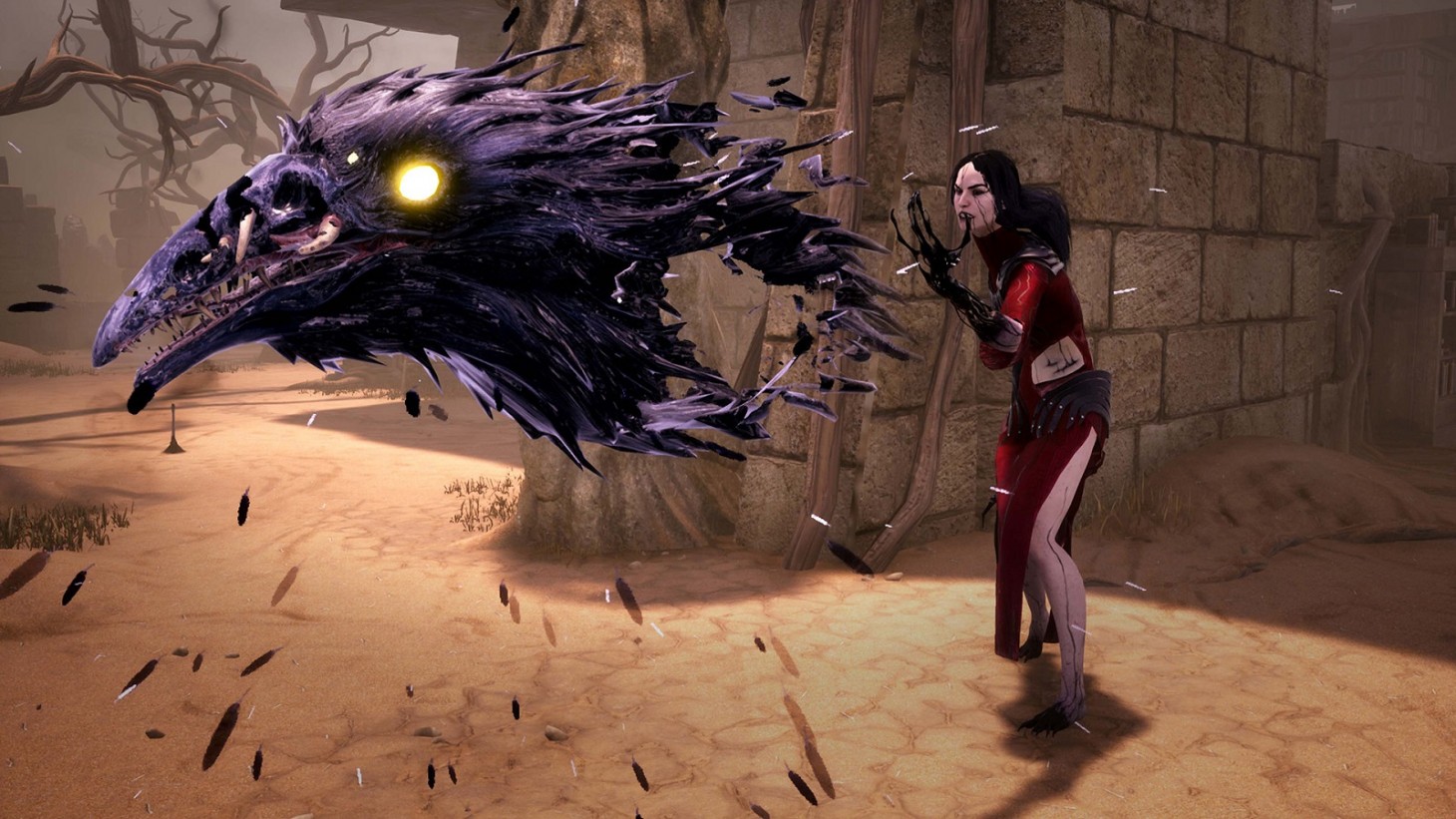 Dead By Daylight’s Portrait Of A Murder DLC Arrives Today

A new map, a new killer, and a new survivor all arrive in the asymmetrical 4v1 horror hide-and-seek game Dead by Daylight today. In fact, they’re in right now! The killer, Carmina Mora, is the Artist – commanding a twisted murder of ink crows that can highlight and harm survivors with a little savvy placement. While her projectile assault may not be as direct as the Huntress’s ax or some of the other long-range options, her kit expands with add-ons and can be used to play keep away on pallets or windows that look prime for a chase.

Depending on how she’s played, she can either use her artistic swarm to help track down survivors and keep tabs on them over long distances or be used for direct assault at close range. However, even more interesting and important, especially as the Dead by Daylight meta continues to evolve, is one of her perks, Hex: Pentimento.

As the survivors have gained their own boons to help utilize totems to assist with game wins, the totems scattered around each map have grown in importance. No longer just killer tools to be used for hexes, the totems can be turned to either side to confer big benefits. With Hex: Pentimento, the Artist (or any other killer you attach the perk to can punish survivors that hunt down and take out hexed totems. This perk gives stacking powerful debuffs based on how many totems that the killer restores after they’ve been destroyed, so combining this hex with other hexes is likely to become a powerful suite. Force the survivors to remove totems like Hex: Ruin and then bring them back, fueled by Hex: Pentimento. The Artist has other perks to check out of course, but Hex: Pentimento seems like the real eye-opener.

On the survivor side, we have newcomer Jonah Vasquez, who comes with a bevy of useful perks. Overcome allows the survivor to get hit and run much longer and harder than usual, almost ensuring a successful escape from a chase. Boon: Exponential is absolutely wild, and lets survivors pick themselves up out of the dying state in its radius, and gives a huge buff to recovery speed on top. If you find yourself playing against a lot of killers that engage in “slugging” where they knock you down but don’t hook you, this is bound to give them immense headaches. Finally, Vasquez comes with Corrective Action, which is a perfect perk to bring into games with Dead by Daylight newcomers that are likely to miss a skill check. With Corrective Action, you can effectively store up points when you land great skill checks and then automatically spend them when a player fails one nearby to ignore that failure and turn it into a standard success – meaning the days of watching XxxDBDGodXxx come up and touch your generator, blow it up, and run off out of embarrassment are gone.

In addition to the new characters, there’s a new map for everyone to play in, the Eyrie of Crows. Perfect for throwing some ink around! Do either of the new characters (or, more succinctly, their perks that you can swap around) look interesting to you? Let us know in the comments.