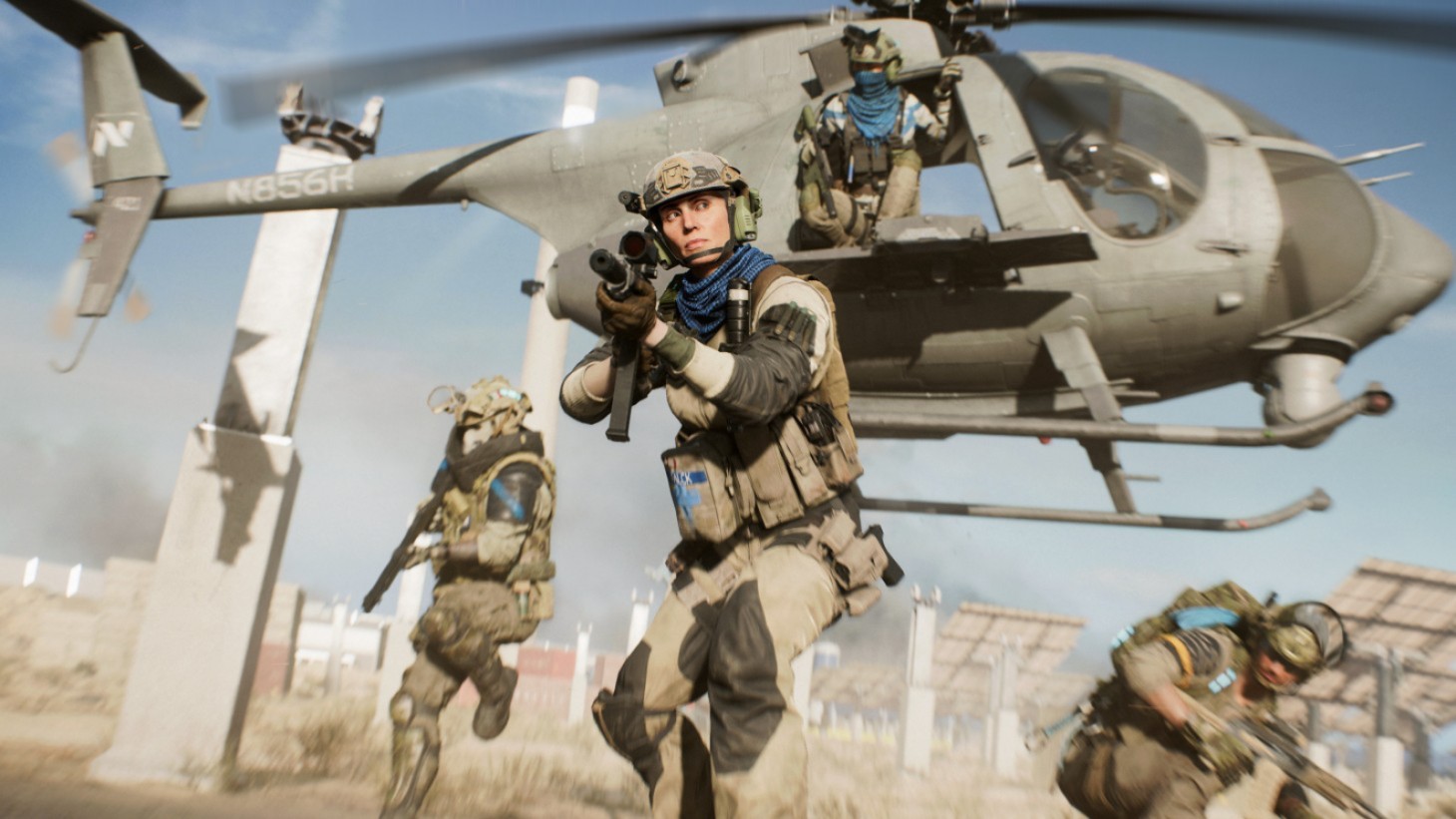 Dice will rename a Battlefield 2042 skin after a player revealed its connection to the Russo-Ukrainian War.

This news comes by way of IGN, which first reported that someone on Twitter, Waggle_ua, pointed out to EA and Dice that the “Little Green Man” skin available for the Russian specialist, Pyotr “Boris” Gukovsky, is a reference to Russian soldiers secretly sent into Crimea during the Ukrainian Crisis of 2014.

@EA @EA_DICE are you ok with jokingly putting the Russian terrorists that occupied part of my country? Why not add dunno isis or taliban units to the mix? https://t.co/YlugdMDaYyhttps://t.co/uuhi49xwYL pic.twitter.com/NUBIwMOokR

As you can see in the tweet above, Waggle asked EA and Dice if they were “ok with jokingly putting the Russian terrorists that occupied part of my country” in the game. As IGN reports, the Little Green Men skin references Russian soldiers who wore unmarked green uniforms that initially denied an association to Russia during the annexation of Crimea.

Russian President Vladimir Putin, however, later confirmed that the Little Green Men were Russian and part of a special forces unit sent into Crimea by Russia. Dice responded and said, “we sincerely appreciate you bringing this to our attention” and that “the use of the name was unintentional.” Dice then confirmed that the Little Green Man skin would receive a new name in an upcoming update.

We sincerely appreciate you bringing this to our attention. The use of the name was unintentional, and you've helped us to make a positive change in the game. Thank you 💛https://t.co/xfFrcdTxW7

“It unintentionally references a real-world issue, and isn’t reflective of our team’s values,” the Battlefield Direct Communication Twitter account wrote in a tweet. “We’ll be changing the name in a forthcoming update, and appreciate it being brought to our attention.”

Have you been playing Battlefield 2042? Let us know in the comments below!