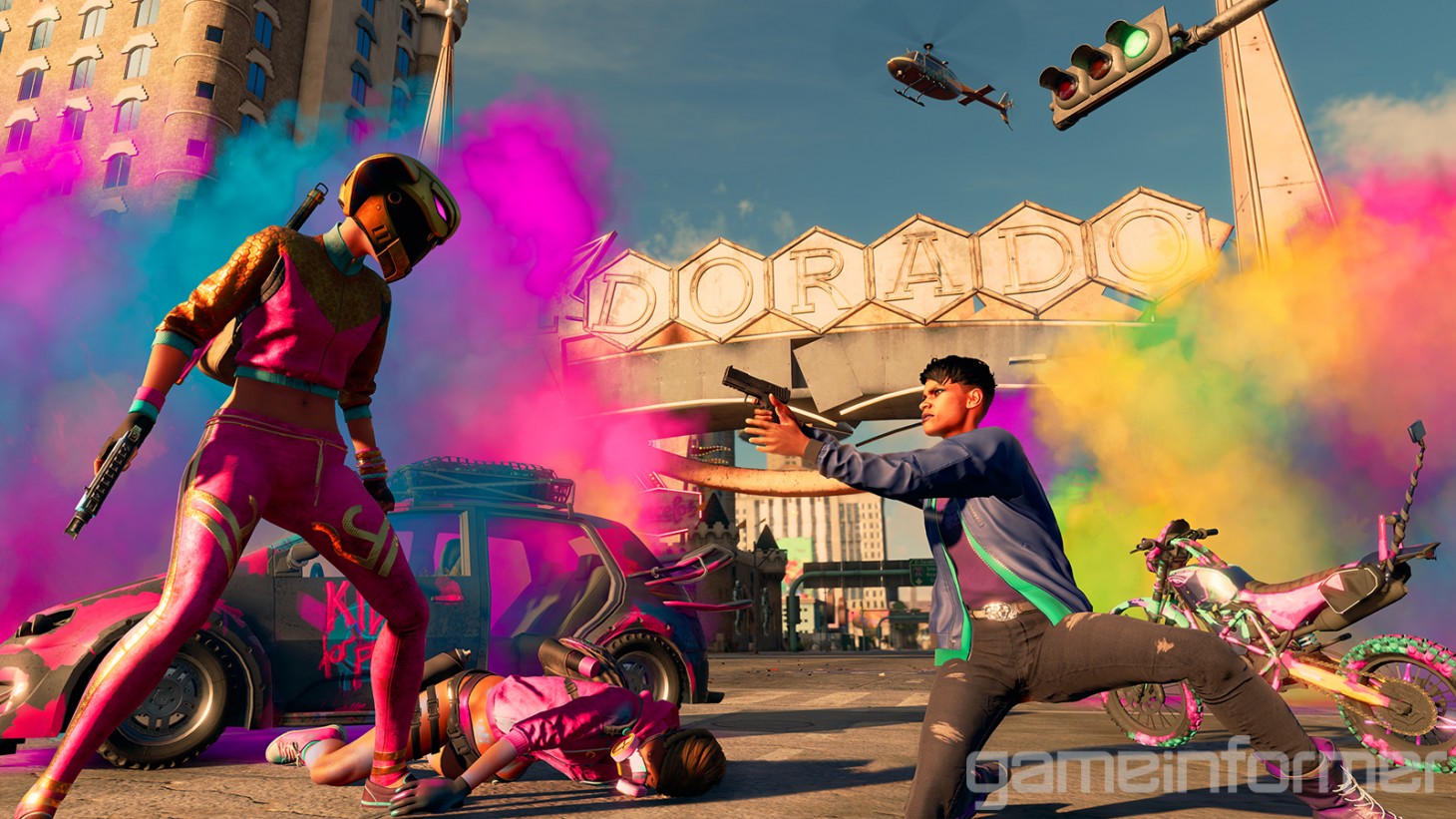 What We Know About Saints Row Customization

In our talks with Saints Row developer Volition for our most recent cover story, it quickly became apparent that it sees customization as a non-negotiable element of the core Saints Row experience. Ever since the first game came out in 2006, players have customized their character's appearance. Those customization options have only expanded throughout the series' history, growing beyond simply being able to choose how your character looks and sounds.

"Customization is one of the definitive things that Saints Row is known for," chief creative officer at Volition Jim Boone says. "Not just the characters, but even the vehicles. And in Saints Row IV, we introduced weapon customization. It’s extremely woven into the DNA to the degree where I feel like if you don’t have customization, it’s hard to say that you’re a full Saints Row game."

Volition has taken everything to the next level, giving players the power to tweak standard options like eye color and skin tone, add prosthetics to the main character, and even censor your protagonist’s nude body with things like emojis. "We’ve achieved dreams," art director Frank Marquart says. "There were things that we really tried and we could not do on previous titles that we can now do in this game."

While we don’t know precisely what elements of The Boss we’ll be able to customize when Saints Row launches next year, you'll continue to unlock new options for your character, weapons, vehicles, and more. "A target from day one is to be the kings of customization," creative director Brian Traficante says. "We want to give our players all the things they’ve had in the past and more. That’s what we’ve done."

Saints Row may reel in some of the more over-the-top elements of the franchise’s most recent entries, but it has taken the customization elements to new levels. You can create a character anywhere on the gender spectrum, consisting of any race, or even go wild and create a complete monster.

When you participate in another trademark element of Saints Row, cooperative play, all of your customization options carry into the session. "Each co-op player looks exactly how you have customized them when in a co-op session," says Boone. "All the customization options you have entered will be on full display without limited."

On top of character customization, you can tweak other cosmetic elements to tailor the experience. As you progress through the game, you can expect to personalize your vehicles, weapons, and gang. Additionally, as you play through missions and expand the Saints empire, your church headquarters also improves with cosmetic options and visual upgrades.

Volition tells us it has much more to reveal in terms of customization, so we're eagerly anticipating learning all about the ways we can make the protagonist (and the world around them) our own when Saints Row launches on February 25. For more on Saints Row, head to our exclusive coverage hub through the below banner.