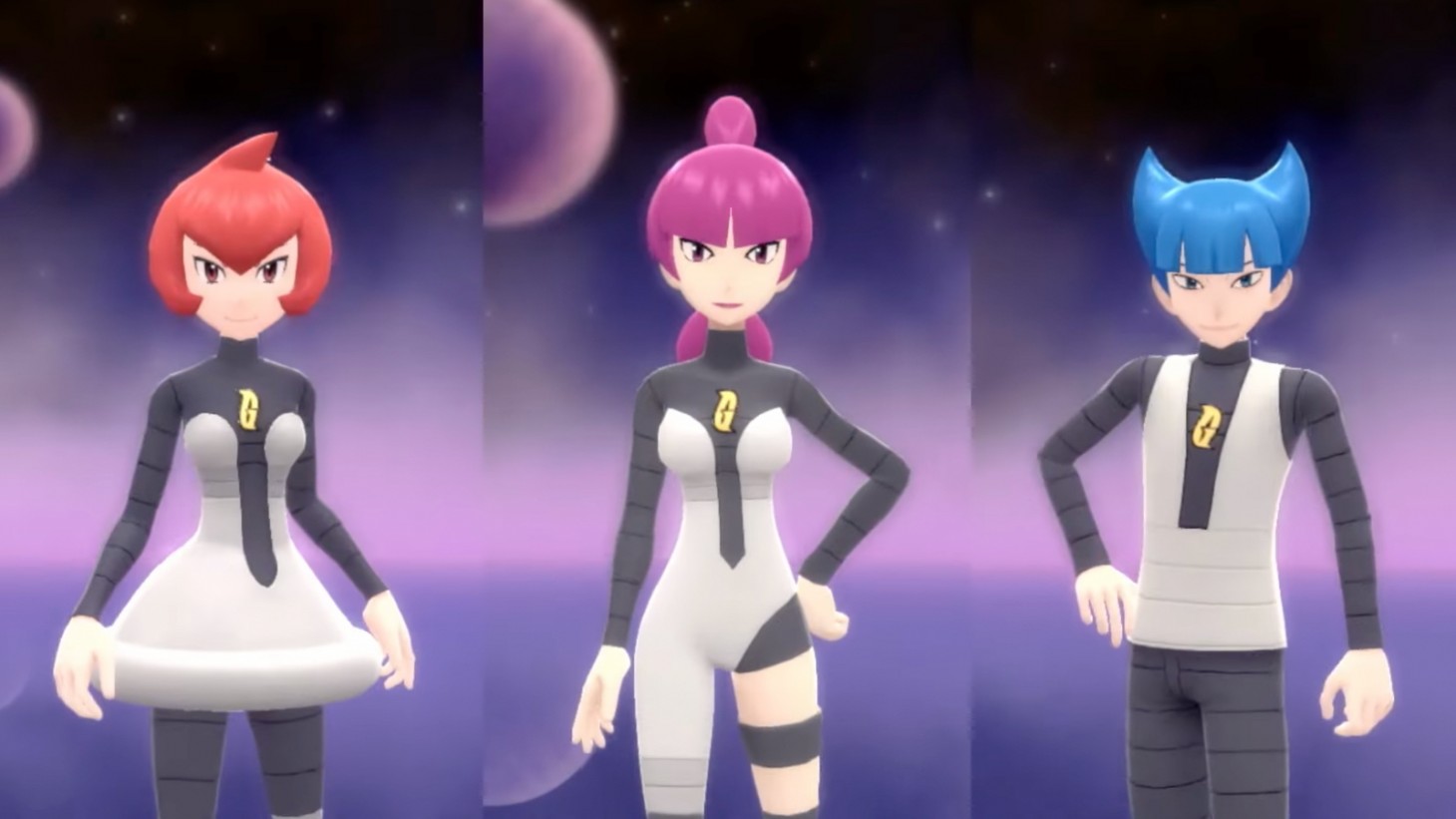 The two-and-a-half-minute video comes just weeks before Brilliant Diamond and Shining Pearl hit brick-and-mortar and digital storefronts on November 19. It showcases two of the games’ gym leaders: Candice, the ice-type gym leader located in Snowpoint City, and Volkner, the electric-type gym leader in Sunyshore City. We get a brief look at their in-game chibi models and their standard models that appear during battles.

We also get a look at the mysterious Team Galactic, the Team Rocket-like organization that our in-game characters will be facing off against throughout the adventure. More specifically, we see three Team Galactic commanders: Mars, Jupiter, and Saturn. We see some of their Pokémon, too, before we meet Cyrus, the Team Galactic boss.

After that, the video showcases Sinnoh’s lakes, which are home to the legendary Lake Trio: Uxie, Mespirit, and Azelf. These three legendary Pokémon are just some of the ones we’ll be catching in Brilliant Diamond and Shining Pearl.

The video ends with a look at the in-game rewards given to those who purchase either game before February 21. You’ll receive the Platinum Style outfits (which are reminiscent of those featured in Pokémon Platinum) and the “Gift of a Manaphy Egg via Mystery Gift.” If you purchase the game digitally before the deadline, you’ll also receive a download code for a gift of 12 Quick Balls.

Pokémon Brilliant Diamond and Shining Pearl will hit the Switch on November 19.

While waiting for these two games to come out, read our preview of Pokémon Brilliant Diamond for a breakdown of everything new in the game, and then check out this Game Informer-exclusive gameplay from Shining Pearl. Check out this new look at the Hisuian forms of Zorua and Zoroark in Pokémon Legends: Arceus after that.

Are you excited to see what's different in Pokémon Brilliant Diamond and Shining Pearl? Let us know in the comments below! 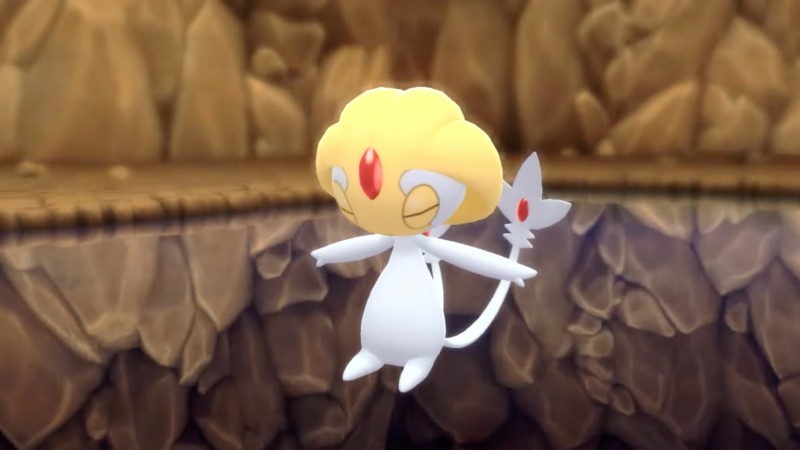 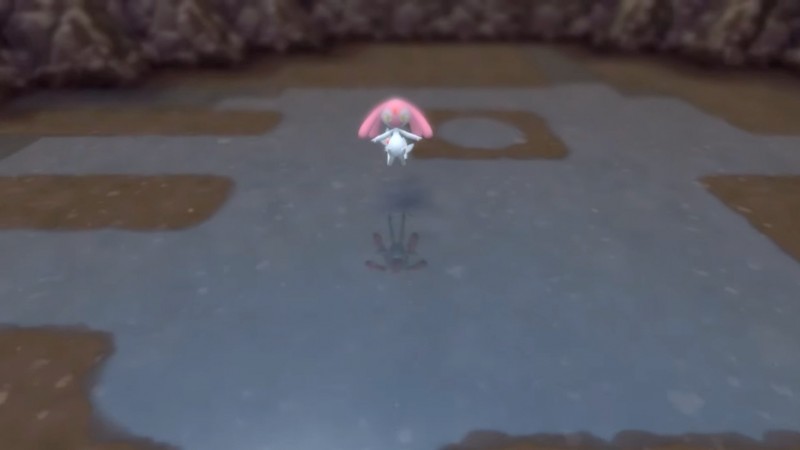 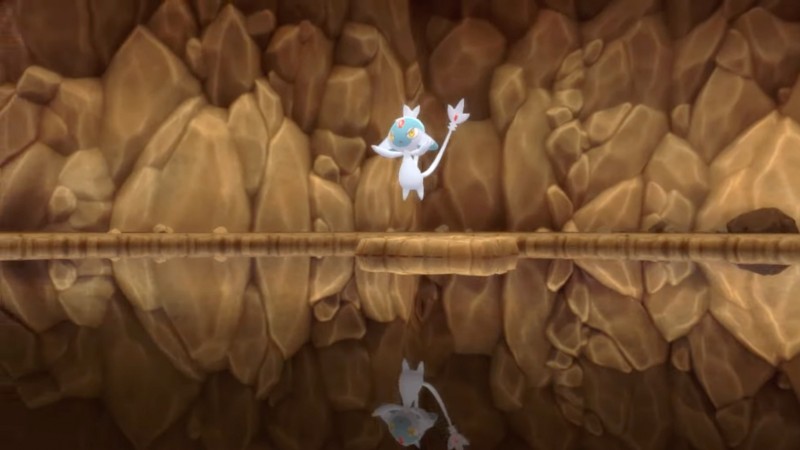 Nintendo
Off
On
On
Off 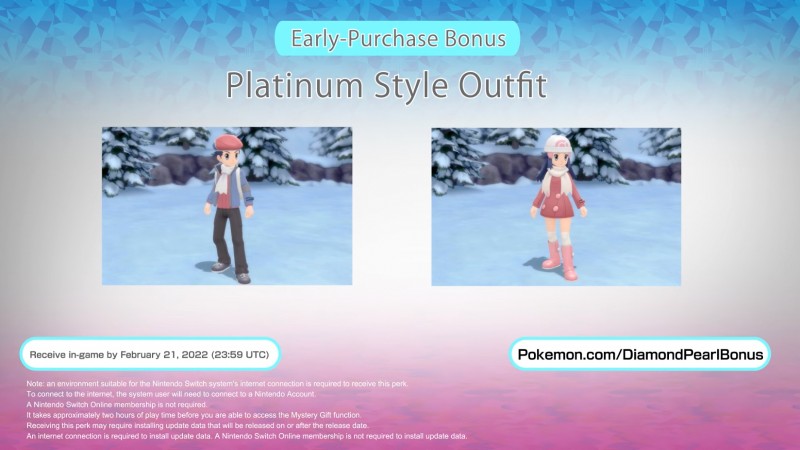 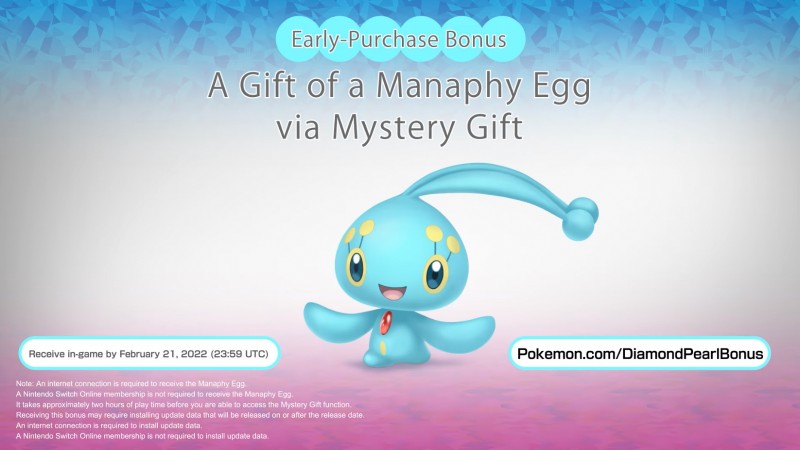 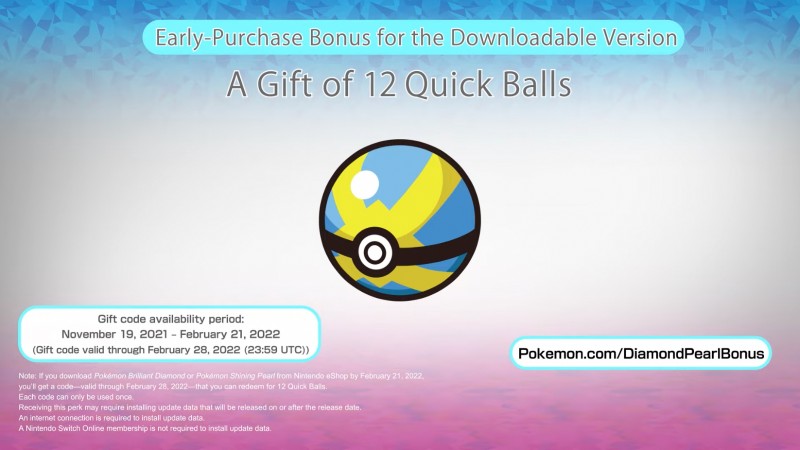