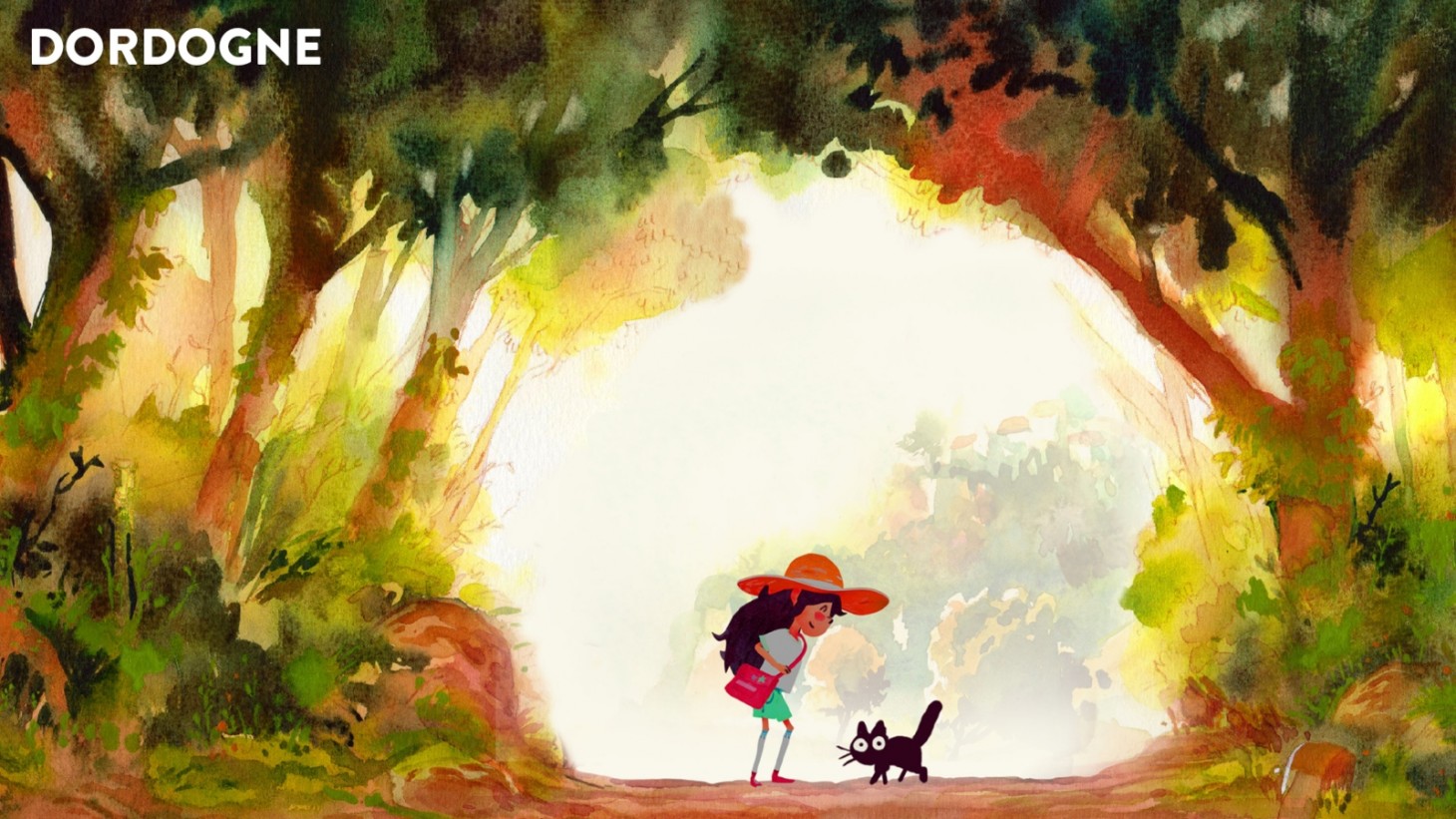 Dordogne is a lovely-looking adventure game that’s been floating under the radar for a while now. Developed by French developer Un je ne sais quoi and animation company Umanimation, the narrative puzzle adventure game tells an emotional, slice-of-life childhood story brought to life with hand-crafted, watercolor visuals. The game has found a new publisher in Focus Entertainment (formerly known as Focus Home Interactive, publisher of Sherlock Holmes and Trackmania) and a 2022 release window.

The game takes place in the French region of the same name. Players control Mimi, a woman who returns to her late grandmother’s countryside home, where she spent many summers as a child. Her grandmother has left several puzzles and letters to remind Mimi of their time together, which players relive as a 10-year old version of Mimi. Players jump back and forth between past and present Mimi to solve riddles, collect photos and other objects to fill Mimi’s journal – all to remind you of the loving relationship between her and her grandmother. You can watch a slice of extended gameplay in the trailer below.

Dordogne will arrive on PC and consoles, with Switch being the only confirmed platform. After watching the enchanting gameplay footage, it’s a bummer to have to wait to explore this beautiful game after it was loosely promised for this year, but the extra development time and additional funding should only help shine it up even brighter.

Are you looking forward to playing Dordogne? Let us know in the comments!