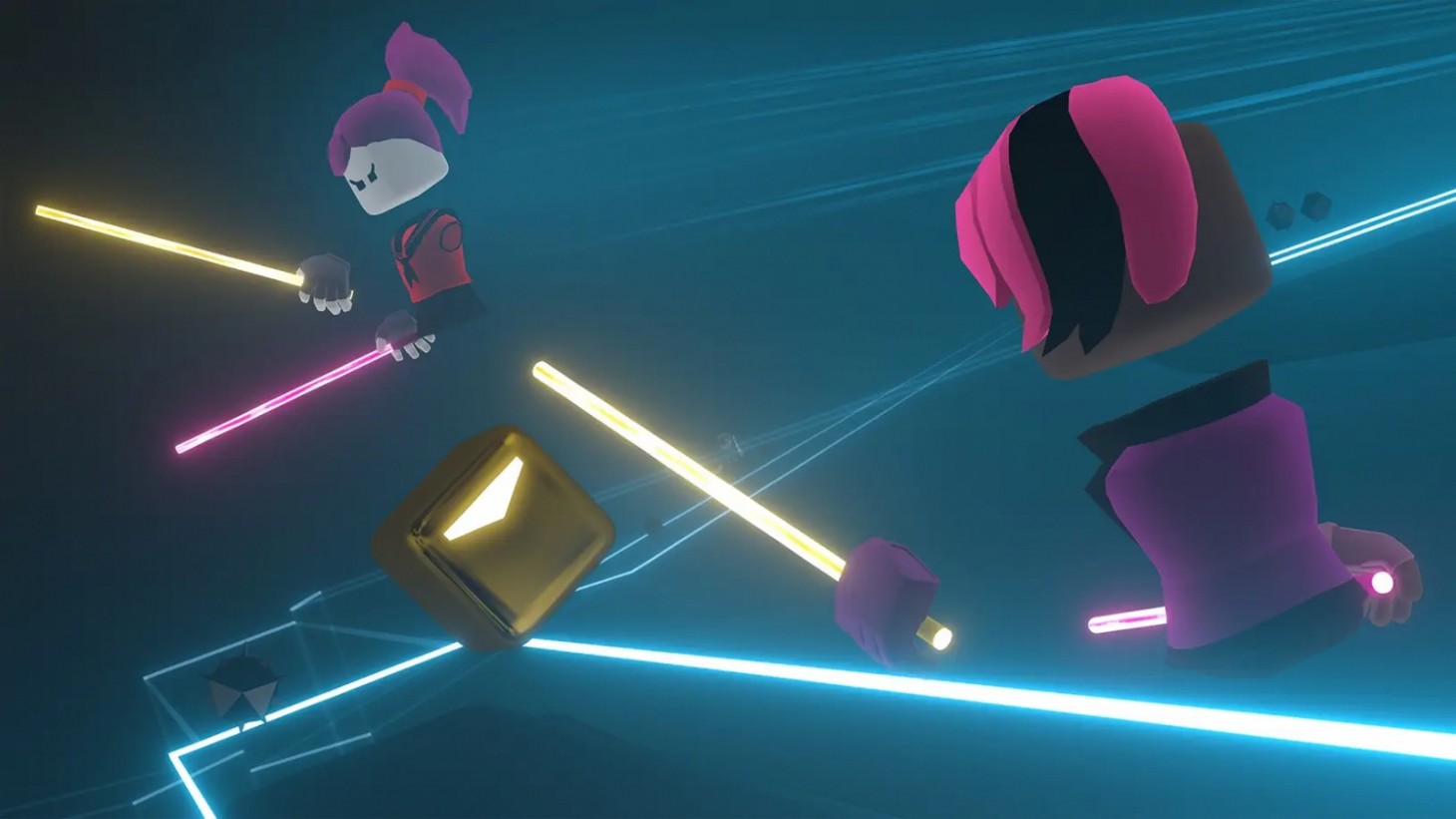 Live today, this mode brings five-player multiplayer to the critically acclaimed rhythm game, which has players slice through colored blocks to the beat of a given song. Players can hop into public matches with players from all over the world, or they can face off against their friends in private matches.

Any song from the PSVR version of Beat Saber’s soundtrack can be selected, as can DLC music packs from artists like Linkin Park and more. With this update, you’ll also be able to create and customize your very own multiplayer avatar. This avatar is what your opponents will see in the new Beat Saber lobby and multiplayer arena.

Launching with this update today, Multiplayer Badges have been added to the game, and these let opponents see who’s best at what. For example, one player might earn a badge for “most precise slicer" after a match, while another might receive a badge for being the slowest slicer. With up to five players in a match, too, new customizable color options have been implemented. If you don’t want to slice the game’s standard red and blue blocks, you can switch it up to yellow and purple, teal and pink, or something else entirely.

With this multiplayer update launching so close to Halloween, a new song – "Spooky Beat" by Jaroslav Beck – has been added to the game for free.

For more about Beat Saber, check out our thoughts on the game in Game Informer’s Beat Saber review and then watch Brie Larson, Captain Marvel herself, slice up some blocks in the game. Read about how Facebook acquired Beat Saber developer Beat Games after that.

Will you be jumping into Beat Saber's multiplayer? Let us know in the comments below!