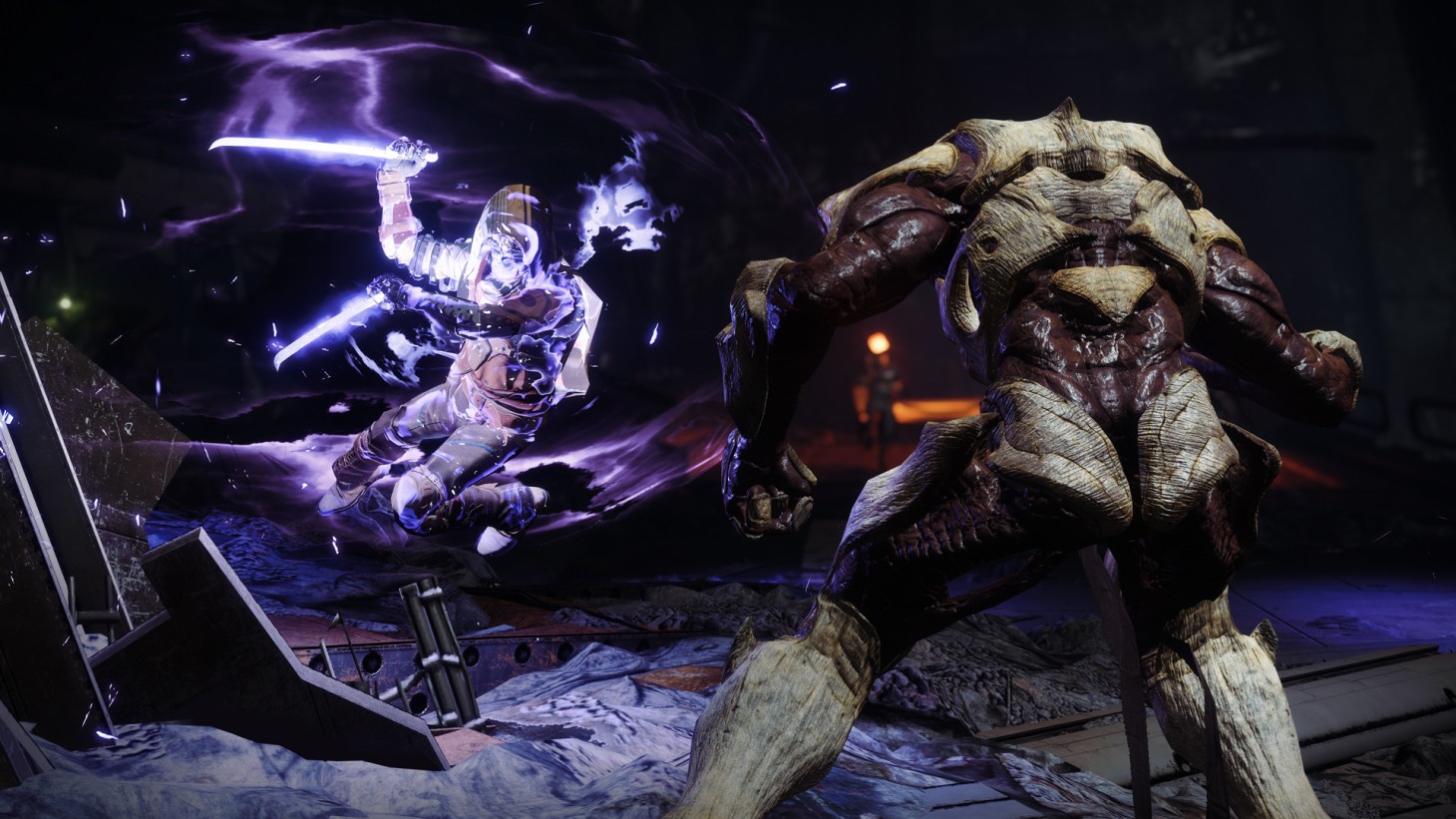 Leading up to the launch of the upcoming The Witch Queen expansion for Destiny 2, players have wondered whether existing content was going to find its way into the Destiny Content Vault (DCV). We finally have an answer, and those looking to catch up on Destiny content better do so soon because a vital part of the lore is disappearing for a while.

Bungie, developers of Destiny 2, have announced in a blog post that the Forsaken campaign and its playable destination, The Tangled Shore, are heading into the DCV. If you want to experience the content from that expansion, including the Harbinger and Presage Exotic missions, or snag the Forsaken seasonal content, you’ll have until February to play through it.

What if you don’t own Forsaken? That won’t be a problem! Bungie is making the Forsaken content free for all Destiny 2 players starting on December 7. Any player will get the chance to see the critical point in the Destiny story where a quest for revenge leads you on a chase for Queen Mara Sov’s brother, Uldren Sov, and set forth the events that tie into the current storyline in Season of the Lost. Having just played through Forsaken a little over a month ago, it’s worth it. I suggest you do the same while the content is available.

Not everything from Forsaken is being locked away, though. The Dreaming City, a sacred Awoken area, will not be shifted out of play, and “certain Year 4 content will persist in Year 5, including the Proving Grounds strike and the Battlegrounds activities.”

There’s a reason Bungie has decided to shelve content for Destiny 2 temporarily, and the easiest explanation is that it gives them more data real estate to work with for new content. Here’s what Bungie says has been possible because of it in its blog post:

"The impact of the DCV can be seen throughout Destiny 2, from very popular new activities such as Battlegrounds, that have persisted throughout Year 4, to innovations that have made the routine experiences of Destiny better for every player. For example, the DCV has provided a great deal of technical “breathing room” that the team has devoted to important improvements to the Destiny experience. Upgrades such as drastically reducing our patch response times, improving loading times, offering quicker access to UI such as your inventory or the map, and others link directly to the opportunities that the DCV created for the team."

Whether you’re for the DCV or not, Destiny players will undoubtedly be losing some good stories and fun quests in February. Make sure to log in soon, or at least sometime after December 7, to experience fighting alongside Cayde-6 one last time.

Are you planning on checking out Forsaken before it Vaults? What are some of your favorite parts about that particular expansion? Let us know in the comments!