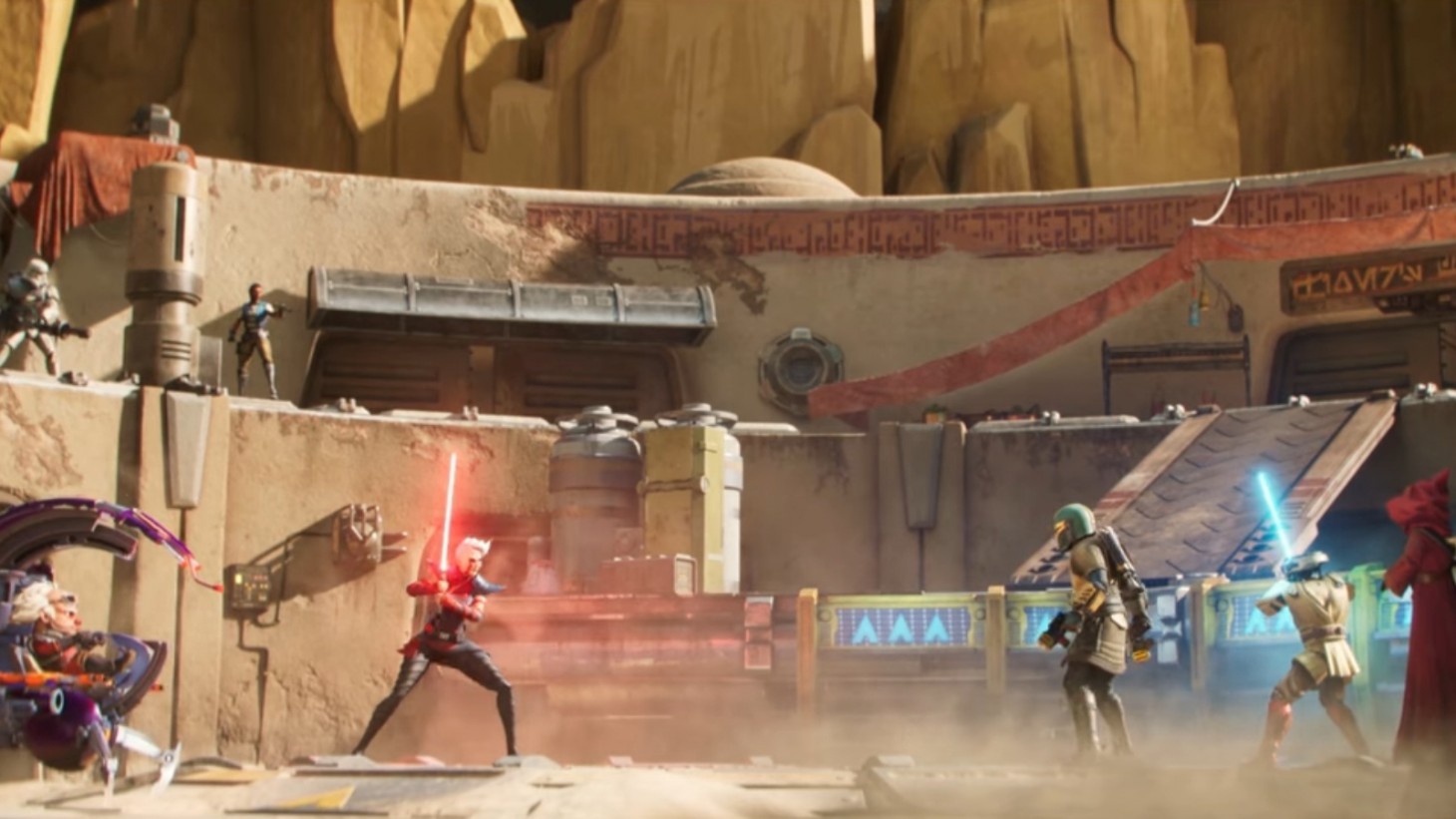 Star Wars: Hunters was first announced for Switch during a Nintendo Direct in February, but it’s also coming to Android and iOS. Today’s Apple Event provided an unexpected stage to premiere the first look at gameplay for the free-to-play competitive action title. We also got a look at a new cinematic trailer that provides a decent setup for Hunters' premise.

Let's start with the fancy trailer, which depicts a chaotic free-for-all between a sith warrior, a bounty hunter, a Wookie, a robotic Jedi, Jawas, among others. These hunters compete in team battles within The Arena, located on planet Vespaara. We don't know anything about these characters individually, but Hunters' narrative occurs after the Empire’s fall in Return of the Jedi and before The Force Awakens.

While the cinematic is sharp, today's Apple Event provided a brief look at actual gameplay. The short clip, which you can watch in the embedded tweet below, showed the red lightsaber-wielding character engaging in third-person, over-the-shoulder melee combat. This avatar slices through the Wookie opponent (presumably another human player), including throwing her lightsaber. It definitely looks to fit the bill of what you might expect from a free-to-play action game, but we still don’t know much about Hunters' multiplayer in terms of modes and progression.

Star Wars: Hunters is being developed by Zynga and still doesn’t have a release date, but it’s now scheduled to launch sometime in 2022 after originally being announced for this year. You can pre-register for the game now to unlock exclusive (and unspecified) in-game content.

What do you think of this brief glimpse of the game in action? Let us know in the comments!