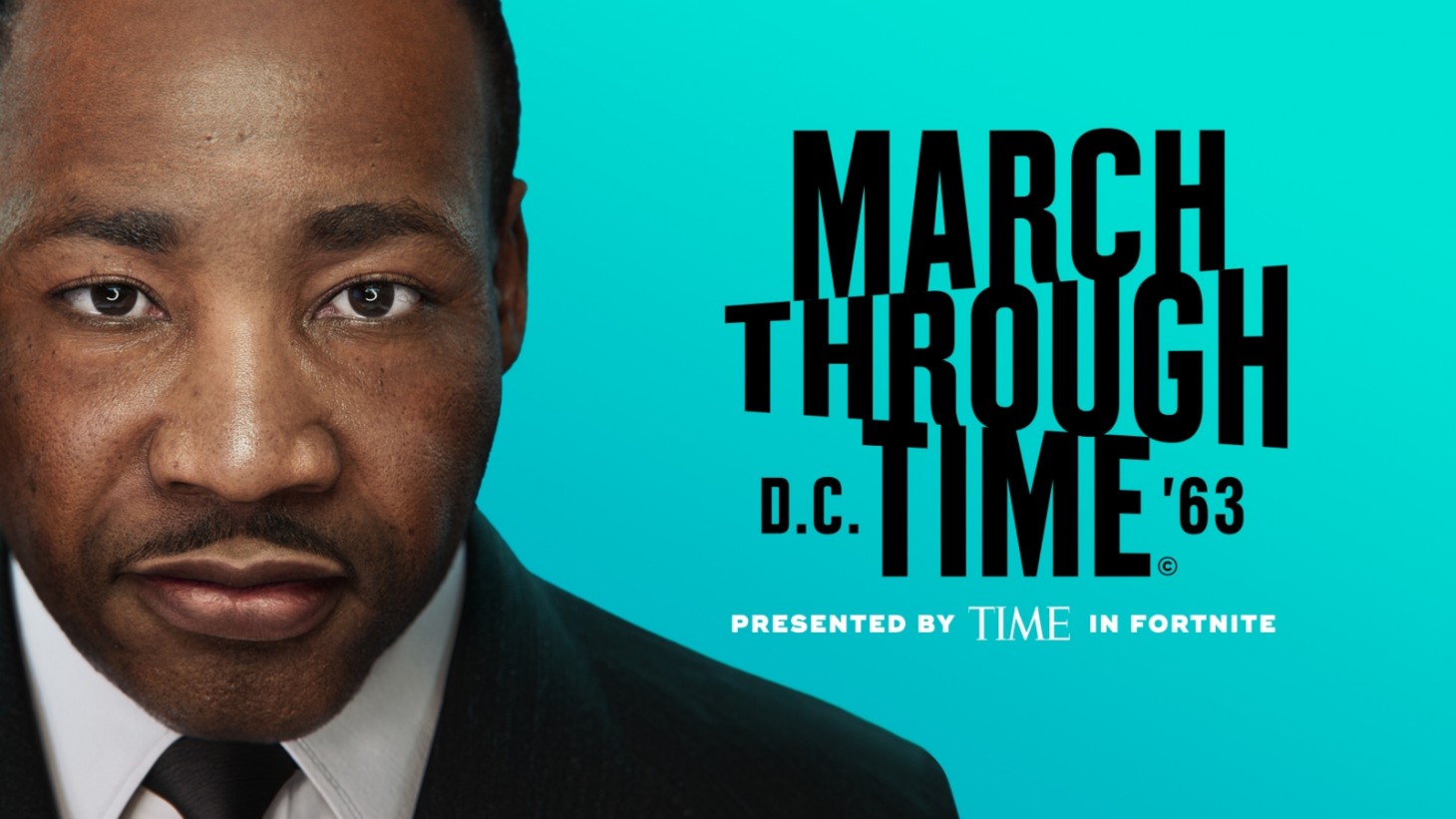 Fornite has hosted brand cross-overs and digital concerts featuring real-life celebrities, but it hasn’t held many events that would be normally be deemed “educational”. That’s changing, as Epic and Time Studios have partnered up to launch an in-game experience dedicated to the work of Martin Luther King Jr.

To answer what’s likely your immediate questions, no this is not a competitive event in the slightest nor is Dr. King appearing as an in-game character or purchasable skin. Rather, the event, called March Through Time, celebrates the upcoming anniversary of the March on Washington for Jobs and Freedom (August 28) by letting players peacefully watch the entirety of the late civil rights leader’s I Have A Dream speech within the world of Fortnite. The event kicks off today and is described as a year-long experience.

Players are transported to a “reimagined” version of Washington D.C. in 1963. As seen in the trailer, the event serves as an interactive museum of sorts, with players engaging with historical points of interest around the National Mall and Lincoln Memorial. Completing cooperative mini-games rewards a special “D.C. 63” spray.

According to Time, the event is inspired by its MLK interactive exhibit The March, which opened last February at the DuSable Museum of African American History in Chicago. The same creative partners that brought that exhibit to life have also lent their talents to March Through Time in collaboration with members of the Fortnite Creative Community.

“Time Studios’ mission is to embrace innovative new formats to tell the world’s most impactful stories,” says Time Studios president Ian Orefice. “We are thrilled to introduce our first-ever gaming experience and expand our groundbreaking The March project, which started as an immersive exhibit, into the global, educational event March Through Time in Fortnite Creative.”

You can read more about the event by vising the Epic Games blog.