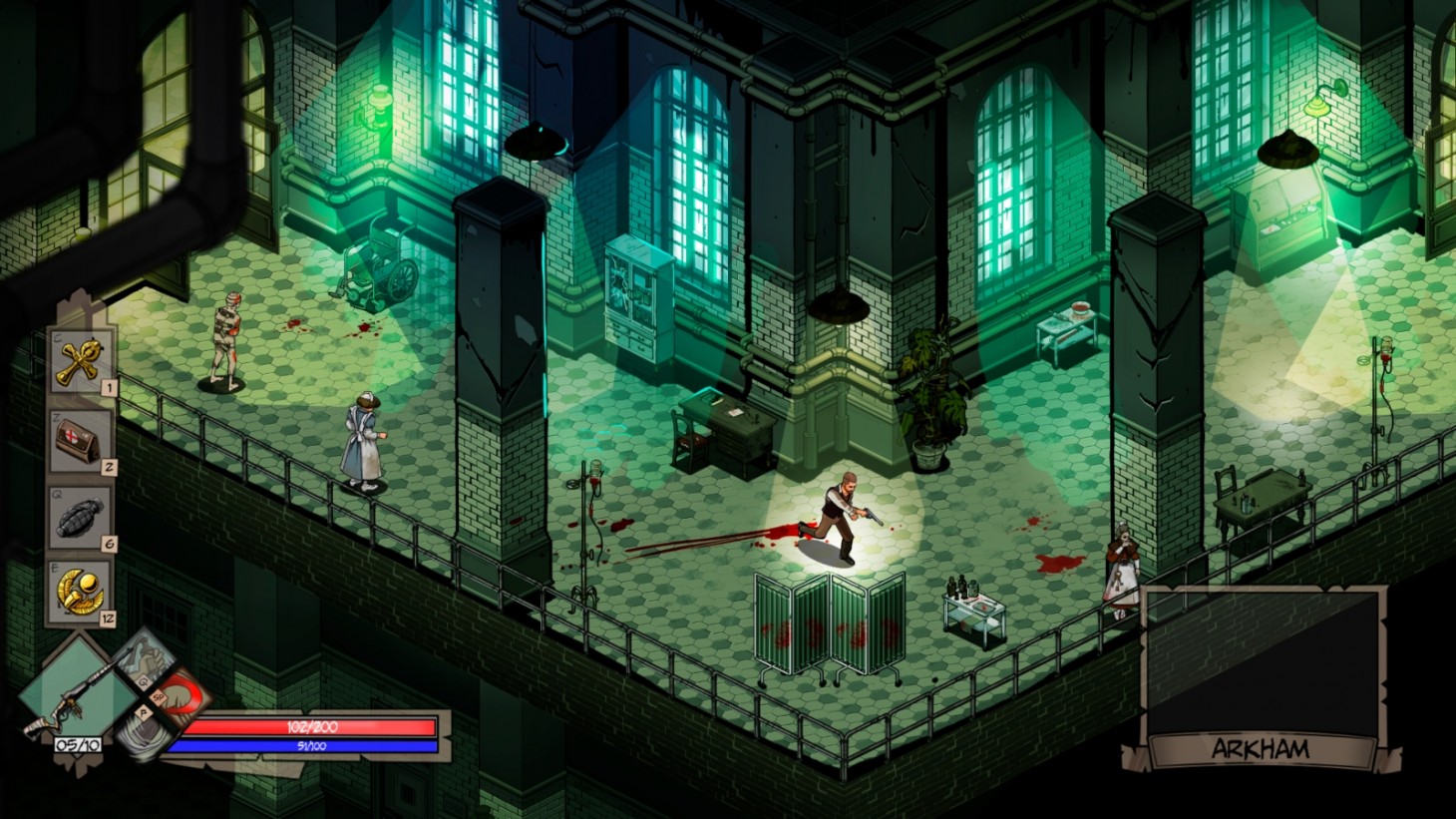 2019’s Lovecraft’s Untold Stories, the action roguelite based on the works of H.P. Lovecraft, is getting a sequel, and it’s heading to Steam Early Access this October. Untold Stories 2 builds upon the foundation of its predecessor with a revamped art direction and the addition of multiplayer.

Like the first game, you’ll have access to multiple characters used to battle across worlds based on Lovecraft’s stories. You can choose between six characters this time, three of which will be playable during the Early Access period, to play alone or with up to three partners in the new online co-op. The Medium, the Veteran, and the Alienist join the game while the Detective, Witch, and Professor make a return. Each character sports its own perks and abilities to allow plenty of variety in how to slaughter the cosmic horrors that await.

To up your chances of survival, you’ll craft increasingly better clothing and weapons by finding blueprints and materials. You’ll also improve your character with good old-fashioned leveling up. This is an RPG, after all. Untold Stories 2’s most noticeable change is the shift from pixel art to a more hand-drawn aesthetic. The plot appears to surround the madness-inducing “Dream Landscape” painting created by artist Ardois-Bonnot, a fictional painter that appears in The Call of Cthulhu.

To get on the ground floor of Untold Stories 2’s development, you can pick up the game when it launches in Steam Early Access on October 28.

If you’re a Lovecraft fan looking for more games that heavily steeped in his works, 2019’s The Sinking City made the jump to PS5 earlier this year.