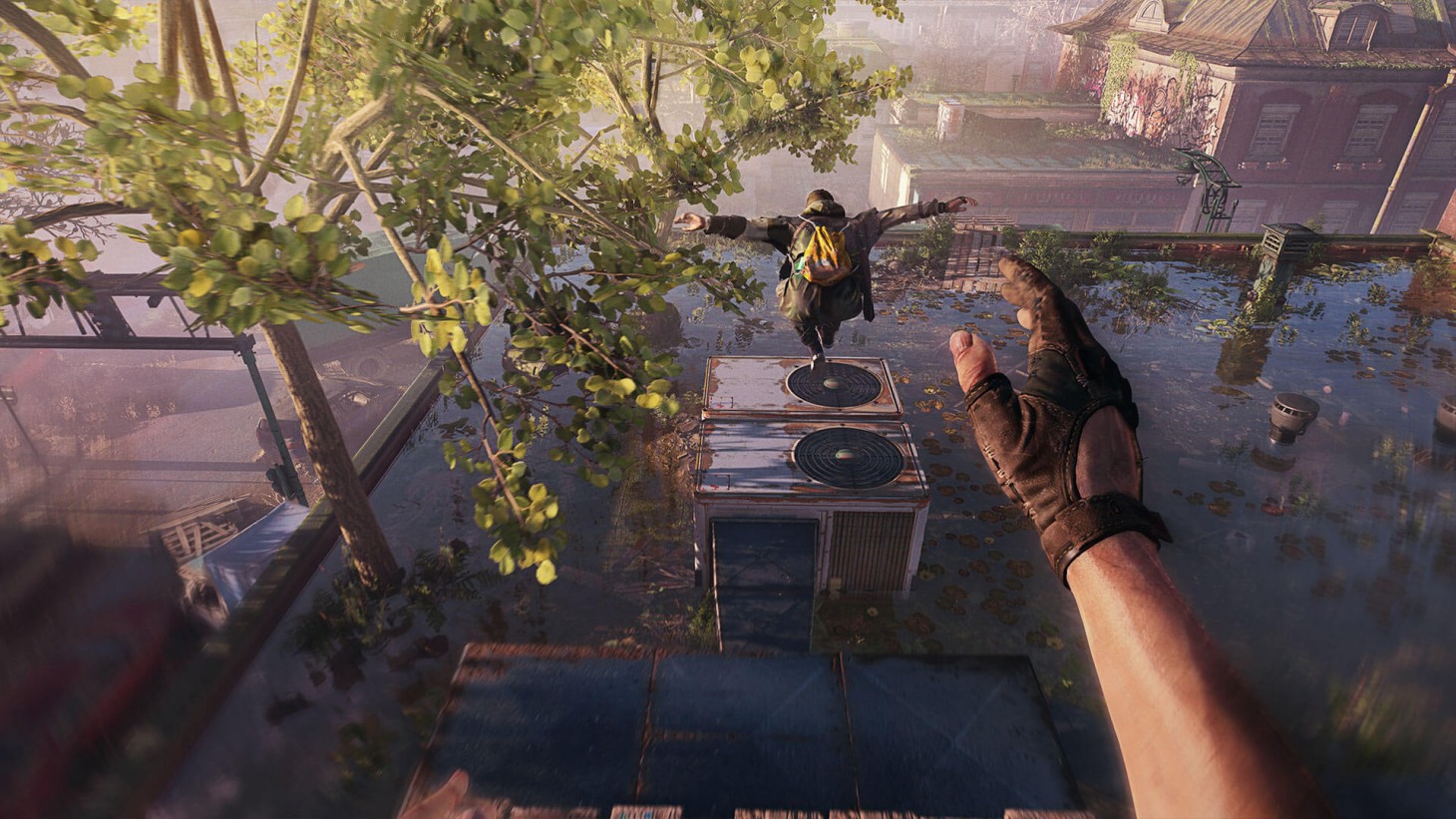 Our latest look at Dying Light 2, now called Dying Light 2 Stay Human, includes a closer inspection of the upcoming sequel and how it will enrich what so many loved about the first game. Techland answered commonly asked fan questions while also delving into topics like choice impact on multiplayer and how big of jerks the Renegades really are.

Dying Light 2 is enriching the experience with heavier choice options where player decisions can have the biggest - and smallest - of impact on the in-game world. Dawid Lubryka, animation director for Dying Light 2, talked a little bit about a reoccurring question that players have about said choice and what that means for multiplayer. As we've talked about before, Dying Light 2's choice system has the power to level the entire world: literally. So how does that impact the multiplayer experience? Burkda tells fans, "The host makes all the decisions, and our players experience them. So you can witness how the world of the host changes as a result of their choices, and you can compare this outcome to your own world. So all choices and their consequences stay with the host—they don’t affect your solo campaign, but you get to keep all the player progress you’ve made and all the loot you’ve found."

The concern on personal game impact is something we've seen quite a bit on our coverage as well, so the confirmation that other players and their choice don't impact the game outside of multiplayer is a good one to have.

Another interesting aspect the team touched on is the Renegades, another faction that hasn't been talked about quite as much. Techland says that the Renegades "are an ex-military faction. They are very, very ruthless. They actually never wanted to cooperate with any other factions in the process of rebuilding The City. They are very violent and greedy, and they wear masks so their actions and presence are dehumanized. No one really likes them for the fact that they conducted the initial bombing of The City with chemicals that people were led to believe would protect them."

Also revealed is a first look at some new enemies players will be taking on. Lubryka warns players that though the daytime is safer for humans, don't mistake that for being safe. "The day is still very scary. You have to remember, humans fight with humans in this world. After all, it's people are the most ruthless. So you will encounter bandits, renegades, and other very dangerous factions, so you always need to keep on your toes. Use parkour to stay agile and run from the danger, or stand your ground and fight. But to fight effectively, you must be prepared. Infected can appear during the day, but they are slightly slower when affected by sunlight. If you venture into interiors, the most dangerous ones await, and scary is an understatement."

Are you excited to see more of Dying Light 2 and how the sequel will differ from the first game? What are your hopes for the upcoming horror adventure? Sound off with your thoughts in the comment section below! You can also check out our dedicated game hub here to learn more.