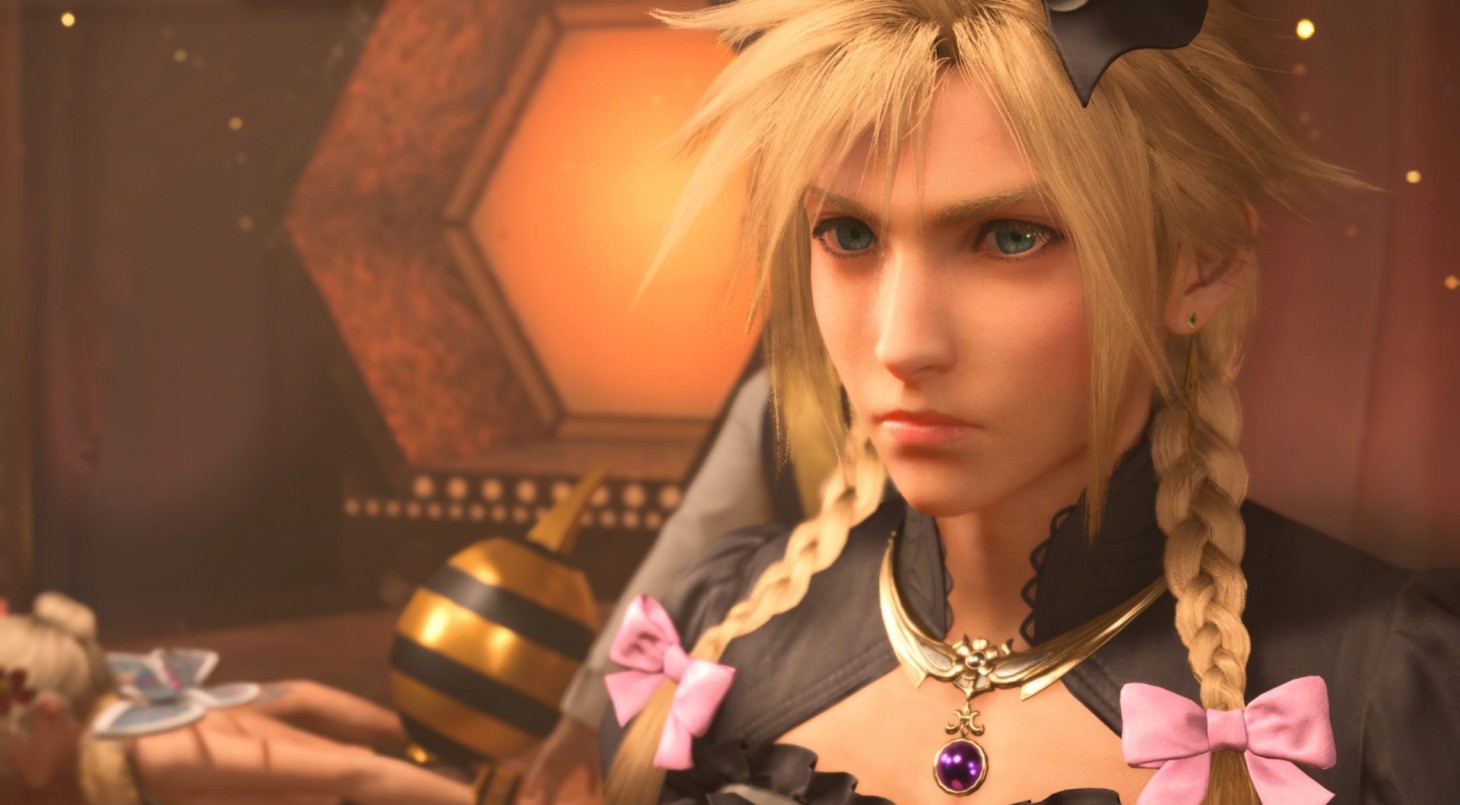 We all remember the Wall Market segment of Final Fantasy VII – whether it was in the original version of the game or the Remake. The latter release, however, came equipped with a humorous, unexpected rhythm section where a dancing cutscene played alongside simple QTEs. It was wacky, but fun nonetheless. And Cloud emerging from the flashy spectacle in a beautiful dress and pigtails was literally icing on the cake. In a recent interview uploaded on the official Square Enix site, Final Fantasy VII Remake Co-Director Motomu Toriyama revealed, albeit briefly, that a pole-dancing scene was in the works at one point over the course of the game’s development.

Throughout the interview, Toriyama talked about why the HoneyBee Inn section was such a momentous task for the studio and how the team ended up creating a polished minigame. “The whole scene took a long time, from the initial idea, to composing the music, taking the motion capture, and adjusting the music and motions to fit together,” he said. “I was incredibly nervous until it finally all came together!” Toriyama and co. ultimately commissioned professional dancers to choreograph the entire burlesque show.

Moreover, long before the onstage dance-off between Cloud and Andrea Rhodea came to fruition, there was another, more risqué scene in mind: “Initially, for example, there was a pole dancing scene included, which meant that filming began on an elaborate set. We decided to take that part out due to the impact on the rating!” And there you have it, everyone; we truly missed out on potentially one of the greatest moments in Final Fantasy history...and a Mature rating!

Jokes aside, Toriyama considers the HoneyBee Inn to be a significant moment where dangerous notions about gender roles were appropriately stripped away:

“Given how famous the cross-dressing was in the original FINAL FANTASY VII, we were aware that people would have high expectations for the remake. We knew we had to do it in a way that both lived up to those expectations, but took modern sensibilities into consideration.
For example, fans these days expect stories and dialogue in games to go beyond stereotypical depictions of gender. Through Andrea’s lines and the lyrics of the backing track, Stand Up, we tried to build in a positive and supportive message for Cloud during his cross-dressing scene.”

Final Fantasy VII Remake Intergrade is now available on PlayStation 5. If you’ve yet to hop into the upgraded version, read my Episode Intermission review to get a better understanding of what lies in wait! And if you're interested in reading another Final Fantasy-related interview, check out our talk with the legendary Yoshinori Kitase.