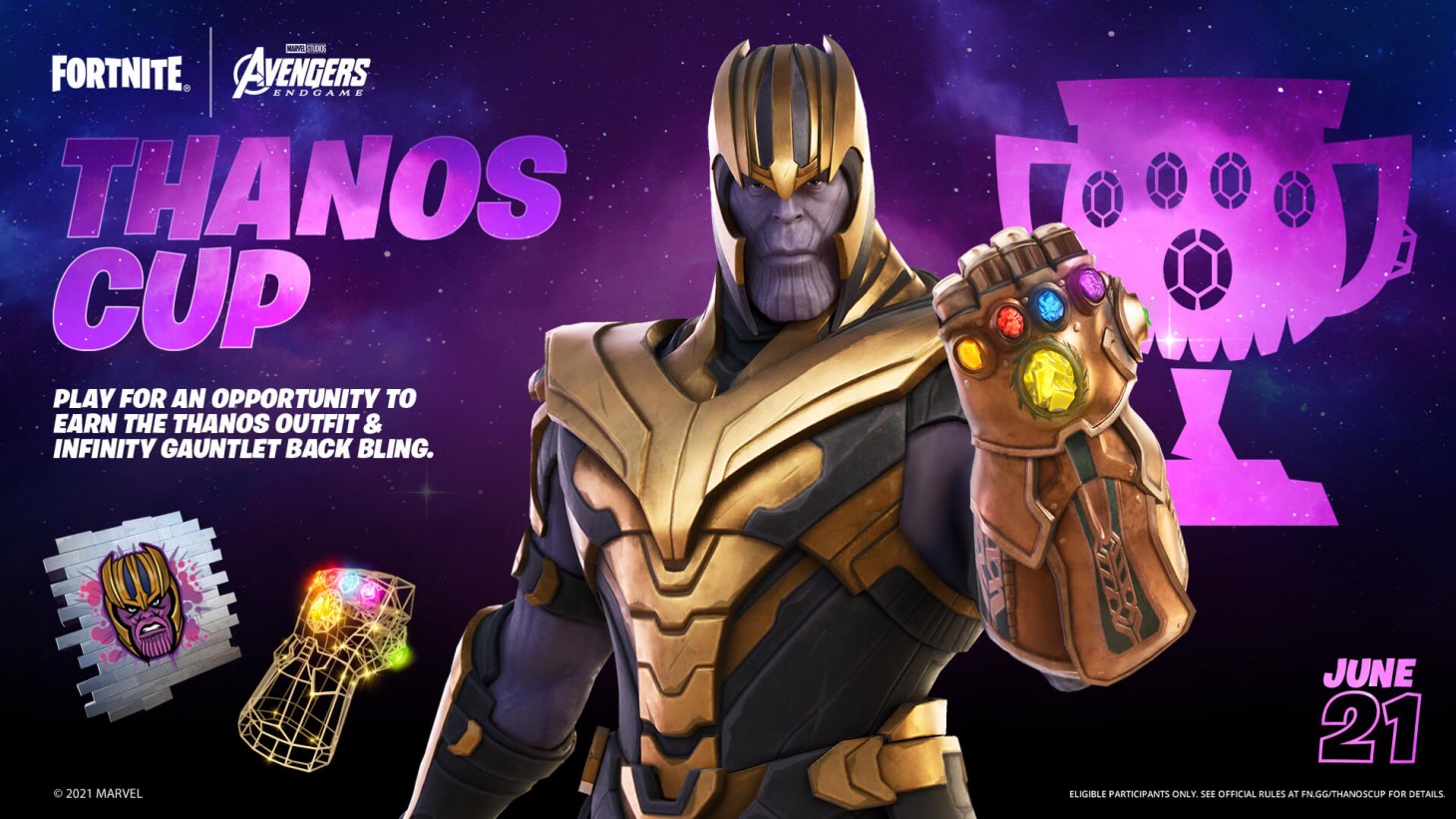 Thanos Returns To Fortnite In The Thanos Cup

Today, Epic Games revealed on its blog that Thanos is returning to Fortnite for Season 7. This is fairly appropriate as season 7 has an alien invasion theme, and also includes character like Superman and Rick Sanchez from Adult Swims hit show Rick and Morty.

Thanos first appeared in Fortnite in 2019, as a tie in for the release of Avengers Endgame. Players who discovered the Infinity Gauntlet on Fortnite’s island could transform into the near-unstoppable foe and wreak havoc on the masses. At the time Thanos was fairly overpowered, but that was a limited time event.

Compete in the Thanos Cup for a chance to earn the Thanos Outfit and Infinity Gauntlet Back Bling inspired by Marvel Studios' Avengers: Endgame ahead of its release in the Item Shop!

This time around, players can turn into the Mad Titan for as long as they like, because he is now a player skin. Starting at 7pm CT on June 26, players can purchase the Thanos skin and even equip the Infinity Gauntlet (completed with all six Infinity Stones) as seen in Marvel Studios’ Avengers: Endgame. However, don’t expect to start snapping people out of existence this time around – you’ll still have to earn all your kills the old fashioned way.

You don’t have to wait for Thanos to show up in the item shop to become Marvel’s iconic villain. Starting on June 21, players can compete in the Thanos Cup for a chance to become the Infinity Stone wielding powerhouse.

The details on Epic's blog reads, “Grab your Duos partner and compete in up to 10 total matches in 3 hours to earn as many points as you can. The top-performing teams in each region will earn the Thanos Outfit and Back Bling inspired by Marvel Studios’ Avengers: Endgame. For anyone who earns 8 total points, you’ll receive the Thanos Watches! Spray. Note: It may take several days before prizing can be rewarded to all players.”

It is also worth noting that players must have an Epic Account at level 30 and enable two-factor authentication on that account. Good luck and have fun.