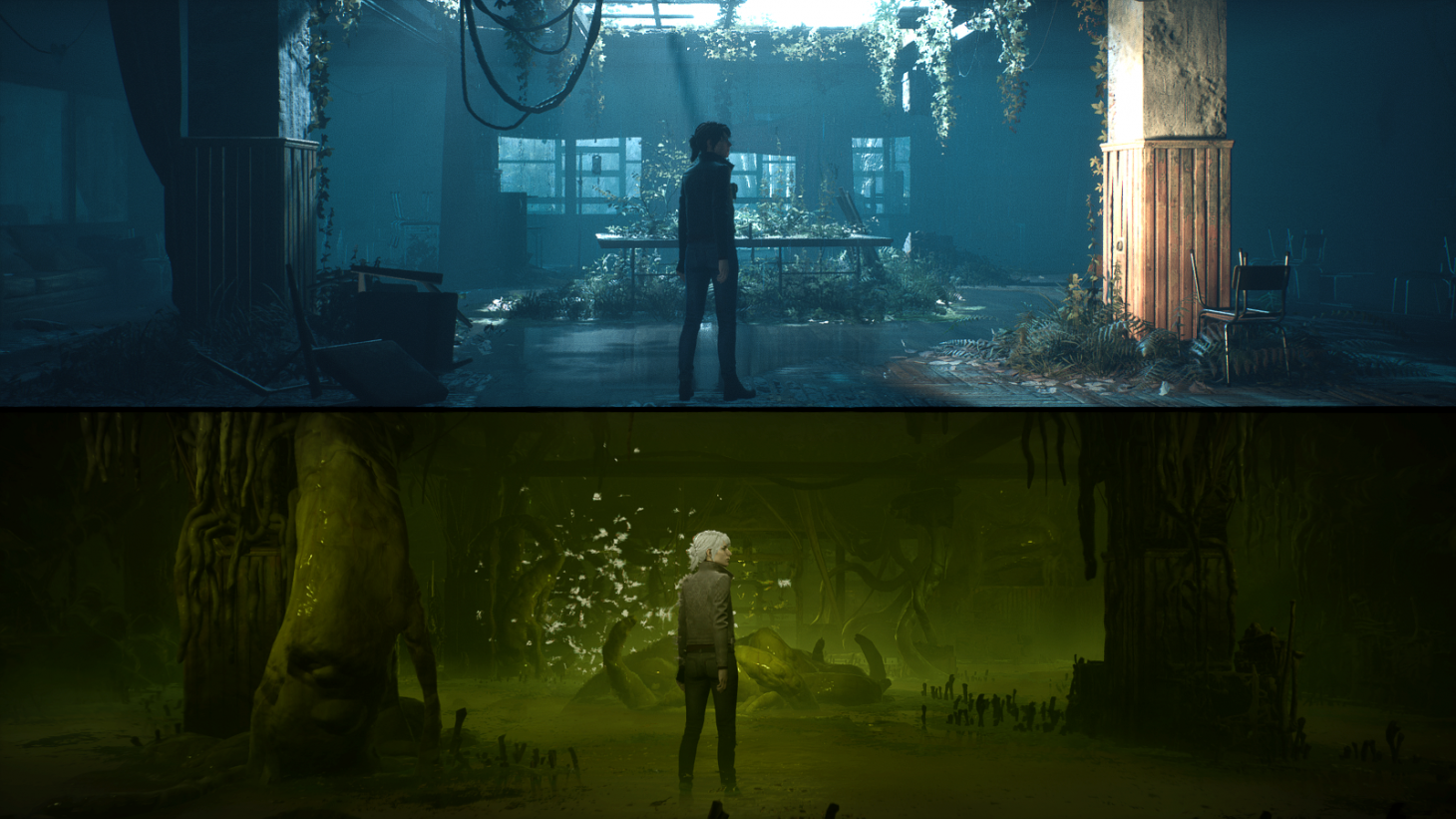 The Medium Crosses Over To PlayStation 5 In September

The Medium, Bloober Team’s occult horror game, is making its way to PlayStation 5. The title launched in January as one of the first (if not the first) third-party Xbox Series X/S exclusive, albeit a timed one. The port adds full haptic feedback support for the DualSense controller.

The Medium’s plot centers on Marianne, a spirit medium who is summoned to an abandoned and very haunted hotel in Poland. Marianne is not only able to communicate with the dead, but she can access and traverse the spirit world alongside the world of the living. This is represented by a split screen where players simultaneously explore the physical and spirit version of an area to access objects and paths accessible on one side to open routes for the other. As Marianne communes with spirits and uncovers the mystery of the hotel’s past as well as her own, she’s stalked by a malevolent (and invisible) entity bent on making Marianne’s visit an unpleasant one.

The Medium has some cool ideas that don't always live up to their potential. In his review of the game, GI editor Ben Reeves wrote:

“Some of the best horror games of the last decade have offered combat-free frights. After all, abandoned buildings are scarier when you can’t push back against the shadows. However, The Medium’s lack of combat highlights the challenge of letting atmosphere and puzzles carry a horror experience. The idea of exploring split realities is neat, but Bloober Team needed another gameplay hook to hang its hat on, because this horror show is a bit shallow”

Still, if you’re a PS5 owner looking for a new horror experience to sink your teeth into, you can circle September 3 as the date The Medium arrives on the platform. On that same day, Bloober is also releasing a special version of the game called The Medium: Two Worlds Special Edition. The physical bundle comes packaged in a steelbook case and includes an artbook and soundtrack.

Are there any PS5 owners that have been curious to give The Medium a shot? Let us know in the comments!