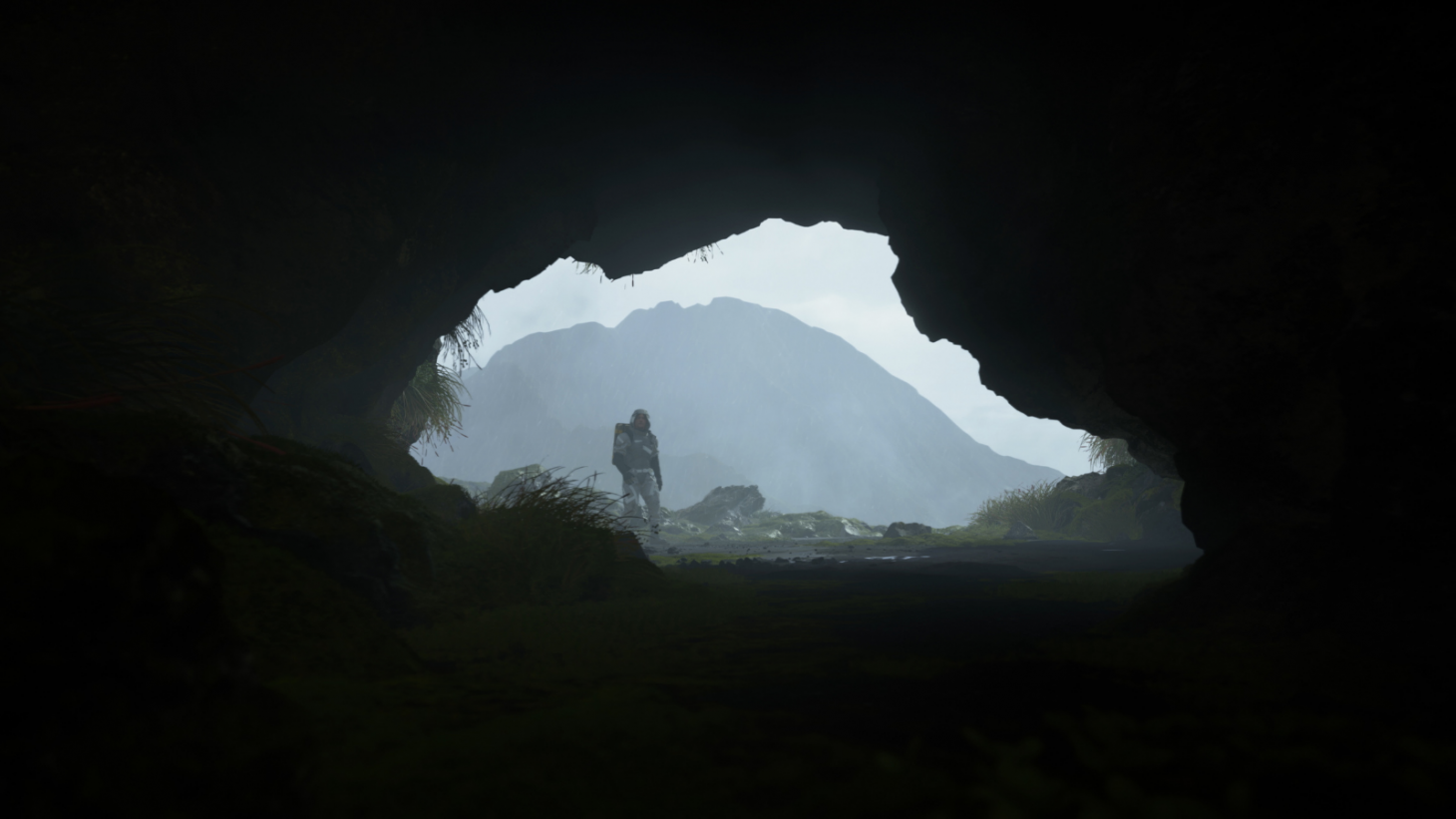 Ever since the Oldsmobile company started the large-scale manufacturing of cars in 1901, one of the dumbest things you can do with your free time is walk anywhere. While you could easily argue cars have been abysmal for the environment and forced us all to deal with Elon Musk, you can't deny that getting behind the wheel to go anywhere is far easier and less strenuous than using your legs. Why on Earth would you walk anywhere? It's dumb. Your little legs don't have the power of a Hemi, and they definitely can't hit 85 miles-per-hour on the highway. You can't accessorize your legs, either, like you can a car. Try throwing truck nuts on anything other than an F150 and you're going to jail.

Video games know this fact of life, too. Since Mario first punched Yoshi in the back of his head to get going, developers everywhere have experimented with new ways to allow players to traverse worlds in more convenient ways. Grand Theft Auto popularized the idea of driving around an open world, using any vehicle you can get your hands on to quickly get from point A to B. And people sure do love those games; Grand Theft Auto V is one of the most successful entertainment properties of all time. It was such a hit in fact that it inspired developer Rockstar to add horses to Red Dead Redemption 2.

All of this is to say: cars rock! Lowriders, motorcycles, monster trucks, Ford Pintos, you name it, bud. Cars are cool and one of the finest achievements in human engineering. They've made modern life bearable. If I was born before 1901, I don't know what I'd do with myself. Walk half-a-mile to the store to pick up a copy of USA Today? I would rather die. 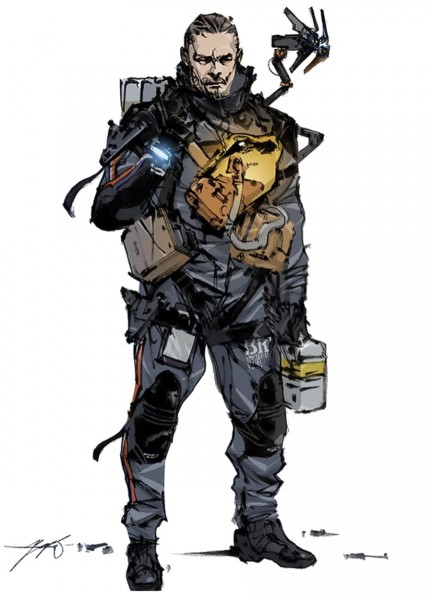 For my money, one of the best games of the last 10 years is Death Stranding, a game that revolves around walking. Hideo Kojima's very expensive vanity project about the loss of human connection and the destruction of the environment, like most games, is a very political tale. It tells a story about our current civilization and the dehumanization of automation; how our search for convenience through companies like Amazon has left deep scars on the Earth and our personal lives. It's also kind of a breakup song about Kojima's former employer, Konami, but that's neither here nor there.

Death Stranding has cars – and they suck. For the vast majority of your playtime, you are just walking from A to B, from B to C, and so on and so forth. It takes a lot of time to get across the game's truncated version of the United States (which actually looks more like Iceland) as you guide protagonist Sam Porter Bridges, played by The Walking Dead's Norman Reedus, on his journey to deliver packages and reconnect the United States. It's an incredibly methodical and arduous journey, full of hammy writing and metaphors not so much on the nose but rather hitting your nose with a brick over and over. And it's fantastic.

What I like most about Death Stranding is the walking. I like the story, too, sure, and I think the star-studded cast, featuring Mads Mikkelsen, Margaret Qualley, Lea Seydoux, and more, do a great job. But the appeal of Death Stranding, and the reason I think about it far more than most really expensive triple-A games, always comes down to the time I spent walking from here, to there, to everywhere. In fact, even when I had unlocked all the various vehicles the game provides, I rarely ever used them. No matter the distance, terrain, or dangers along my footpath, I was going to walk. 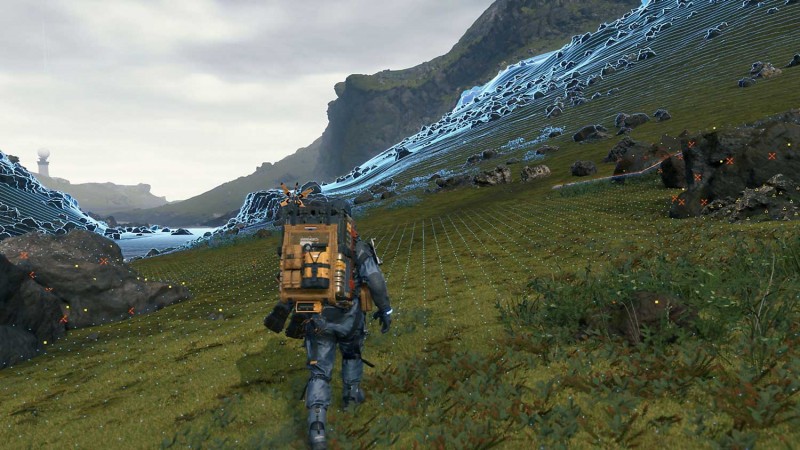 The simplest way Death Stranding's walking mechanics work are in the objectives and micro-objectives that present themselves on any given trek. Because Bridges is a porter, you set on each journey carrying any number of packages you may need to deliver – from one, all the way to dozens, depending on what you can fit on your person. Along the way, you might find more packages discarded by other porters, which you can pick up and deliver if you so choose. Delivering these packages feels good; it's an easy way to make the player feel accomplished, even if the delivery is small because, at the very least, they've still completed a number of tasks on their docket.

This is exacerbated by the skill level of Death Stranding. It's a bit reductive to say you're just walking from here to there. In actuality, you're managing stamina, balance, and weirdly enough, a baby with its own needs and emotions. You're doing all this on top of challenging terrain – which at times has you crossing deep chasms, rushing bodies of water, and climbing snow-capped mountains. Occasionally, you have to deal with antagonistic NPCs – either in the form of MULEs, which try to steal your packages, or BTs, ghosts of sorts that try to steal your life.

The delivery components of Death Stranding combined with the satisfaction of completing a tough journey creates a constant feeling of progression and satisfaction. It's rare to play Death Stranding and not be doing something that's rewarding you in some way. More often than not, you're stacking objectives on top of each other, creating multiple avenues to complete tasks all at once. That feels good. It's like a constant drip-feed of dopamine for my dumb little brain. Thank you, Mr. Kojima, for curing my depression, if only temporarily. 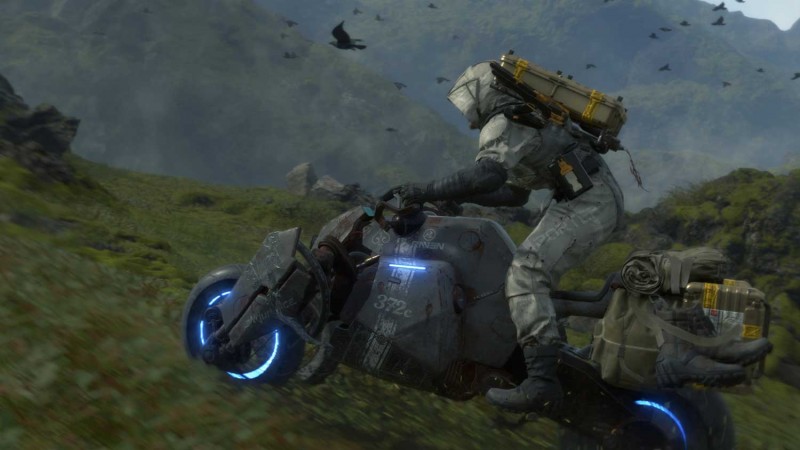 But my favorite part of walking in Death Stranding is that it's slow and often quiet. Video games, especially triple-A video games, rarely give the player a second to think. We are constantly bombarded with stimuli such as new things to shoot, new explosions to run from, or any number of other things the developer has inserted out of fear that we may get bored with their game, even if only for a second. While a lot is certainly going on in Death Stranding, especially narratively, it's not afraid to be quiet. To leave the player alone for upwards of an hour to just do their thing. To just walk and complete their task.

It's these quiet moments that I often return to when thinking about Death Stranding. The moments where I saw a big journey coming, planned accordingly, and then just walked my merry ass there. In fact, I got so into them, I used to plan my afternoons around them. Knowing I'd have to take off with Bridges on a walk that might take me an hour became exciting, and I started to think about how I wanted to tackle my trek, even when I wasn't actively playing the game. The quietness of that world, the time to think and reflect (combined with my drip-feed of dopamine) was my reward. I rarely ever took vehicles out with me in Death Stranding because they robbed me of those moments. I didn't want to get to my destination quicker. I wanted to enjoy each footstep – even when they got increasingly difficult.

Since wrapping the game in 2019, more so than almost any other game last generation, Death Stranding is constantly on my mind. And yet, I'm never thinking about the things that ostensibly make it notable – the celebrities, bizarre stories, or cult-of-personality around Hideo Kojima. I'm just thinking about that walking. In real life I don't want to walk anywhere; I'd drive around my house to save myself the hassle of walking between rooms if I could. But in Death Stranding, walking became the sole appeal of the experience, because in a world with cars and Amazon Prime and all these things that make our lives that much easier, it's rare to have a moment of silence. Perhaps it's a personal failing to only get that from a video game, but as good as Death Stranding is, I'll take what I can get.