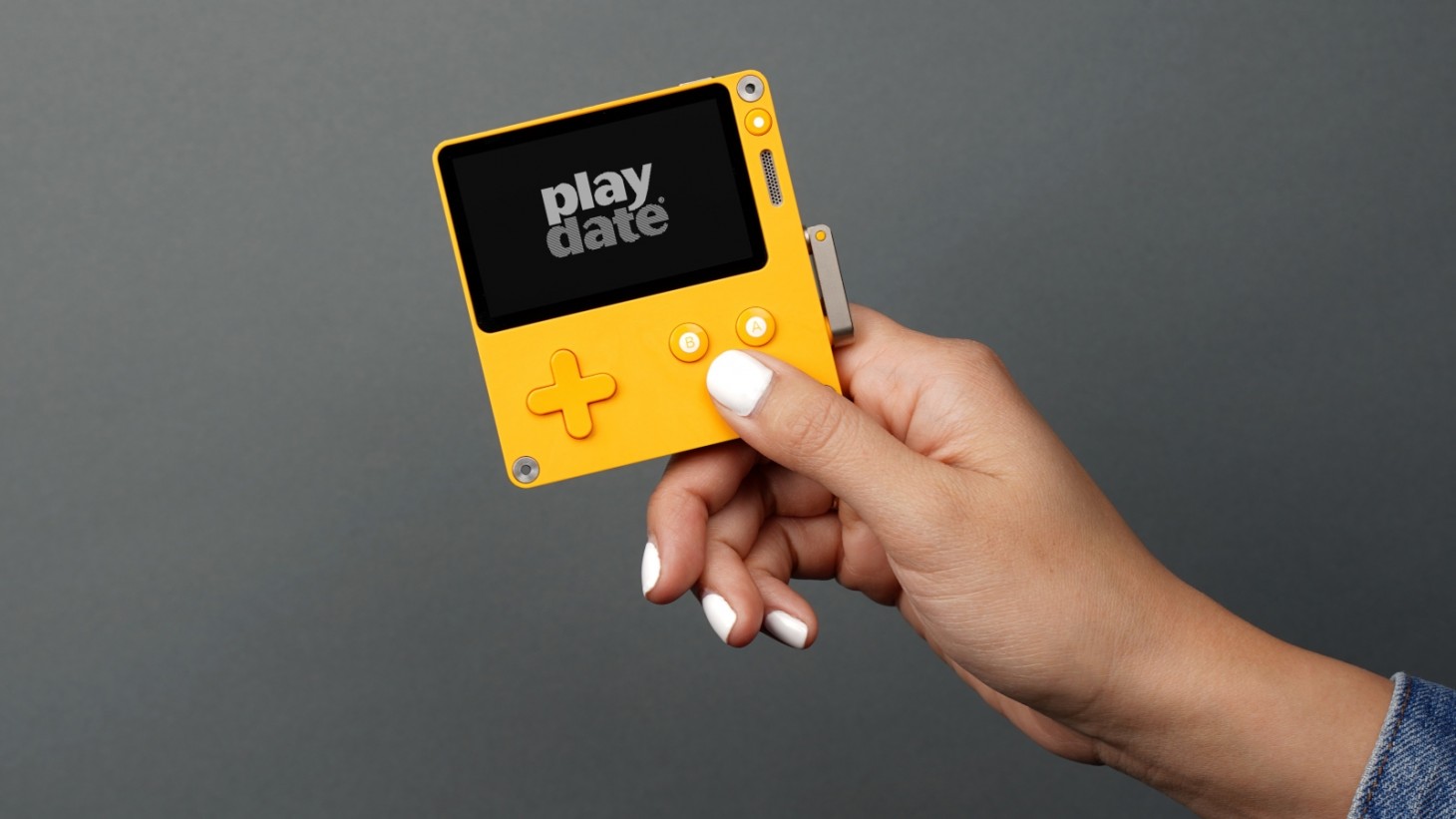 In May 2019, Panic, the publisher of Firewatch and Untitled Goose Game, revealed it was developing its own gaming handheld, the Playdate. This cute device made waves for its sunny yellow color, unique analog crank, and the simple yet charming graphics of its all-digital software. It’s been a while since we heard anything about it, but Panic ended that silence today by airing a video chock full of updates for the device where it showed off its first slate of games, a big accessory, as well as its price and pre-order window.

Games make or break any platform, and Playdate's initial library consists of 24 original games, a collection Panic dubs Season One. These games consist of titles designed with inventive mechanics that take advantage of the system's unique features, such as its crank (which is a form of analog stick). Every game in Season One is free, and owners will receive 2 games per week over 12 weeks. You can check out some of the games in action in the presentation below (at the 3:35 mark), but Panic prefers to surprise owners by not sharing any details about the games, title included, until they hit the system.

Panic has a long list of indie developers currently tinkering away on Playdate games. Noteworthy creators include a new game by Return of the Obra Dinn creator Lucas Pope (which you can read about here) and Bennett Foddy of Getting Over It fame. Panic is also partnering with up-and-coming studios from marginalized communities under the mentorship of development studio, Sweet Baby, Inc. The company states that in the future, creators will be able to sell Playdate titles independently that can be sideloaded onto the handheld and will discuss other distribution methods at a later date.

To further encourage game-making, Panic is releasing a free game creation tool called Pulp. This all-in-one tool allows designers to develop Playdate games using just a web browser, where they can tinker with graphics, write scripts, score music, and more. Once the game is done, it can be uploaded to Playdate. Pulp will be available later this year. 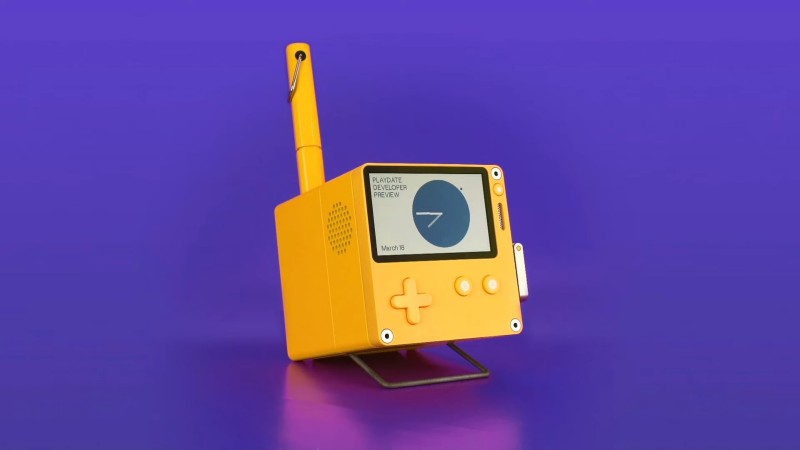 Panic also revealed Playdate's first accessory, the Playdate Stereo Dock (pictured above). It connects magnetically to Playdate and serves as both a battery charger and has a Bluetooth speaker for increased and improved game audio. The dock is meant to sit on your desk, and has a couple of nifty pen holders that you can use to house Panic’s official Playdate ballpoint pen (which comes bundled with the Dock). Panic has also partnered with online radio station Poolsuite FM to create an app of curated summer songs that players can listen to through the Stereo Dock. There’s no word on the price of the Stereo Dock or when it releases.

However, we do know how much the Playdate itself will cost: $179. That price, of course, includes its first season of games. You can also order a protective case for your Playdate for $29 or buy both in a bundle for $199.

When can you buy a Playdate? Panic didn't reveal a release date but it will begin taking pre-orders in July. Exactly when next month is unknown, but Panic promises it won't surprise customers and will announce the pre-order date a week before it goes live. Pre-orders will take place over at play.date.

Panic assures fans the Playdate won’t sell out for good after pre-order day. The company will continue taking orders going forward and will gradually ship units as they receive them from the factory. Of course, those who place their orders earlier will get their handhelds sooner. Panic also wants to temper expectations by reminding customers that anything can go wrong and that Playdates may take a while to arrive due to global part shortages and COVID. With that in mind, Panic says you can cancel pre-orders anytime for any reason. Panic promises to share more update about the Playdate in the coming weeks.

What did you think of the presentation? Are you interested in picking up a Playdate down the road? Let us know in the comments!