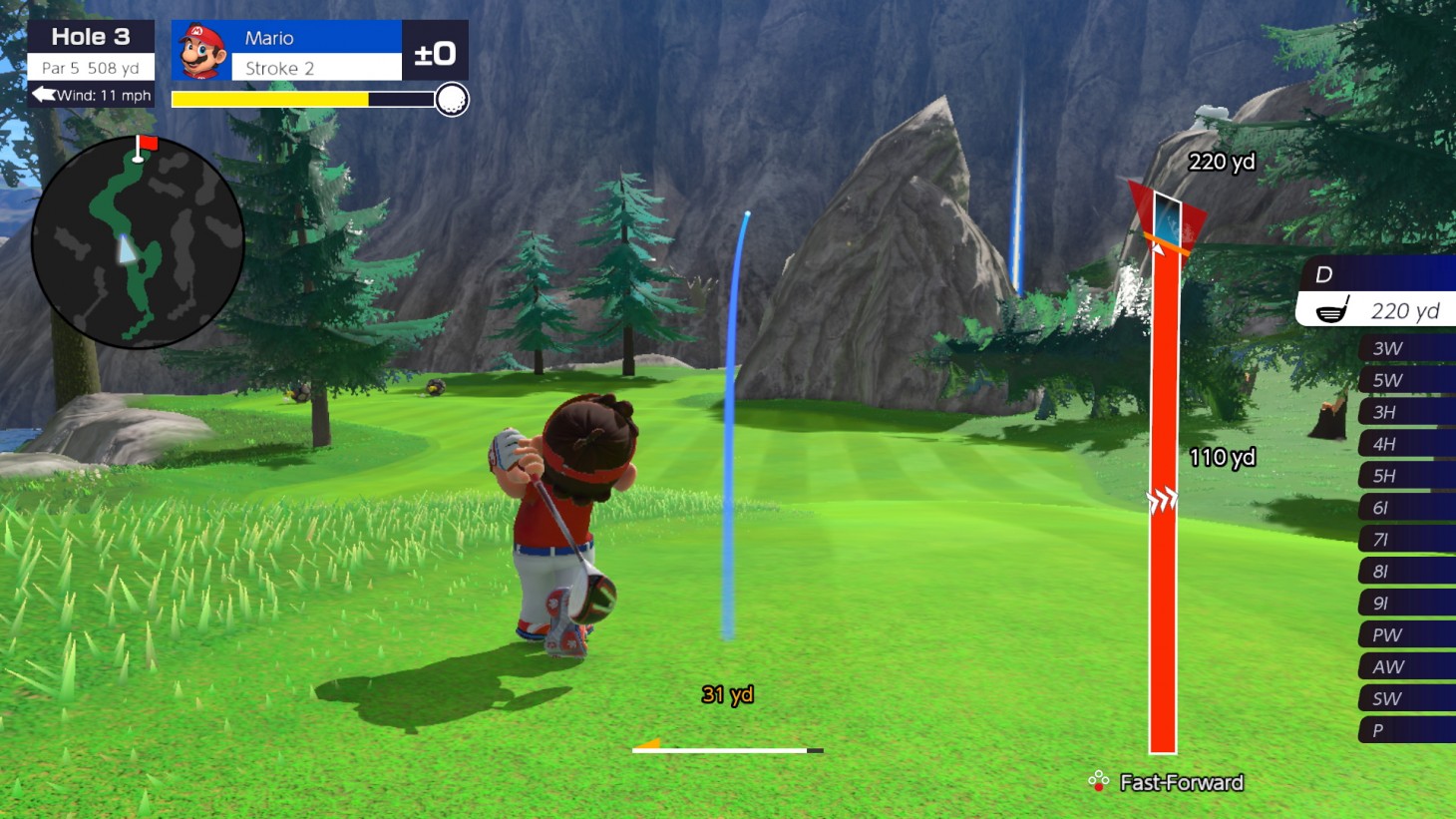 A man of a million hobbies and professions, Mario is once again going golfing this summer in Mario Golf: Super Rush. Ahead of the game's June 25 release date, we had a chance to watch about an hour of the game's many modes in a hands-off demo. If you're new to the series (like me!), here's four quick things we learned about the game that will prepare you for hitting the greens. 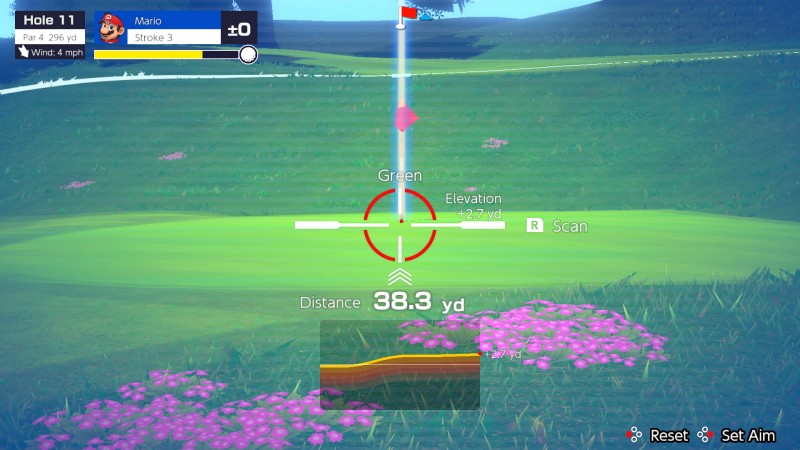 It's a surprisingly good way to learn about golf

Birdies, pars, bogies, so on and so forth. Golf is full of jargon and terminology that, if you're like me and not an avid golf fan, makes little-to-no sense. Recognizing its player base may not be aficionados, Nintendo has outfitted Super Rush with a helpful glossary that defines all of golf's many terms, helping players get a grasp on the real-life sport. Perhaps a small feature in the grand scheme of things, it stands out as a helpful tool for people that are either A) looking to get into golf or B) just trying to wrap their head around this quasi-sports video game.

There are boss fights, and they are cool

During our time seeing Super Rush's Adventure Mode – effectively the game's campaign – we got a chance to see a boss fight in action. As far as we can tell, these fights are not the most technically challenging battles, but they are a novel way to utilize the game's mechanics. The boss we saw had a lightning attack you had to avoid, while trying to deflect the attacks back. After a short fight, our demo presenter's reward was a lightning sword, which presumably they might be able to use as a golf club.

While we can't speak to how many bosses there will be in the game, or how and if they change up the gameplay, beyond what we saw, it was exciting to know that our golf skills will be put to the test in unique and unexpected ways as we make our way through the game's campaign. 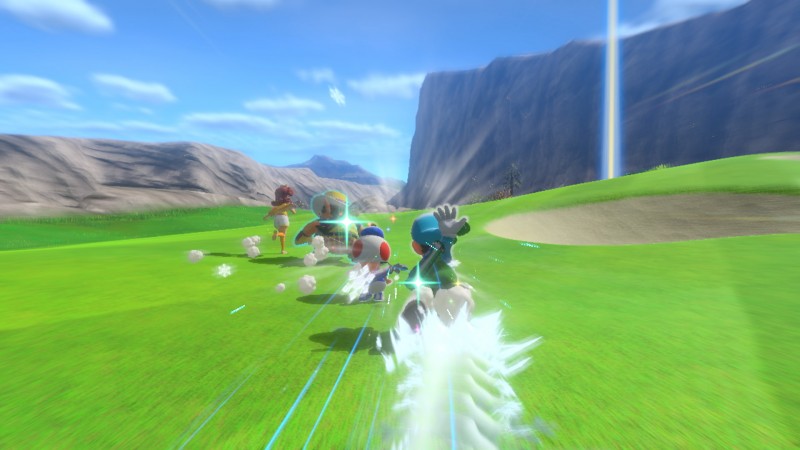 Speed Golf is chaos – in the best possible way

One of the new game modes in Super Rush is Speed Golf, which forgoes making players wait their turn and pits four golfers against each other all at once. Standing together to tee off, once players hit their initial shot they sprint across the course to get to their ball, thus being able to hit again, until finally getting it into the hole. The challenge here is that your opponents are doing the exact same thing – and you must contend with them. On top of golfing against each other, players can work to sabotage their opponents, either by running them over and slowing them down, or through special attacks. During our time watching the game, our demo presenter used King Bob-omb to litter the putting green with smaller bob-ombs, which exploded when characters ran into them.

Speed Golf is chaotic, to be sure. But it also necessitates some amount of strategy and knowledge of your player character. Finding out which style of character works for you will be crucial in beating out the opposition. 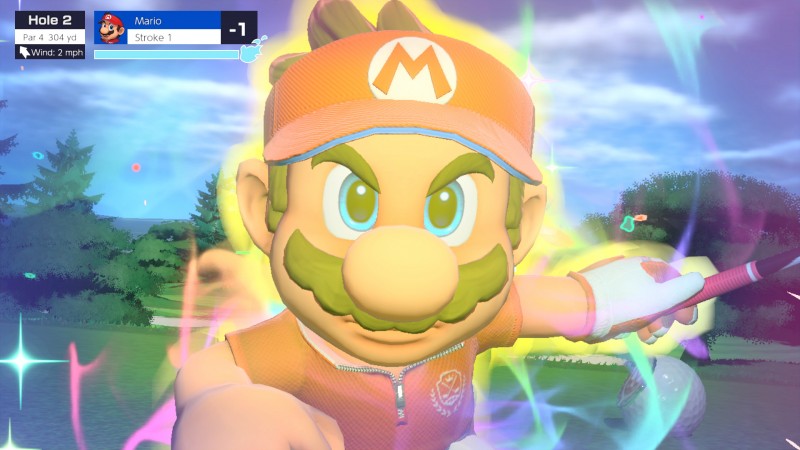 While Super Rush obviously has a standard control scheme, it also allows players to use motion controls, if they so choose. Keeping in mind we did not get to play the game ourselves, we did watch a Nintendo employee playing the game with motion controls, and what we saw was promising. Rather than simply flicking their wrist to hit the golf ball, our presenter actually stood up and mimicked a standard golf swing, playing a round as close-to-real-life as possible while playing a game on the Switch. It adds a level of physicality to an otherwise goofy and cute game that could make for interesting head-to-head matches where you test how accurate you and your friends can be with actual golf swings, rather than just flicking the Joy-Con thumbstick. 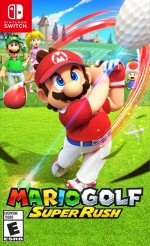