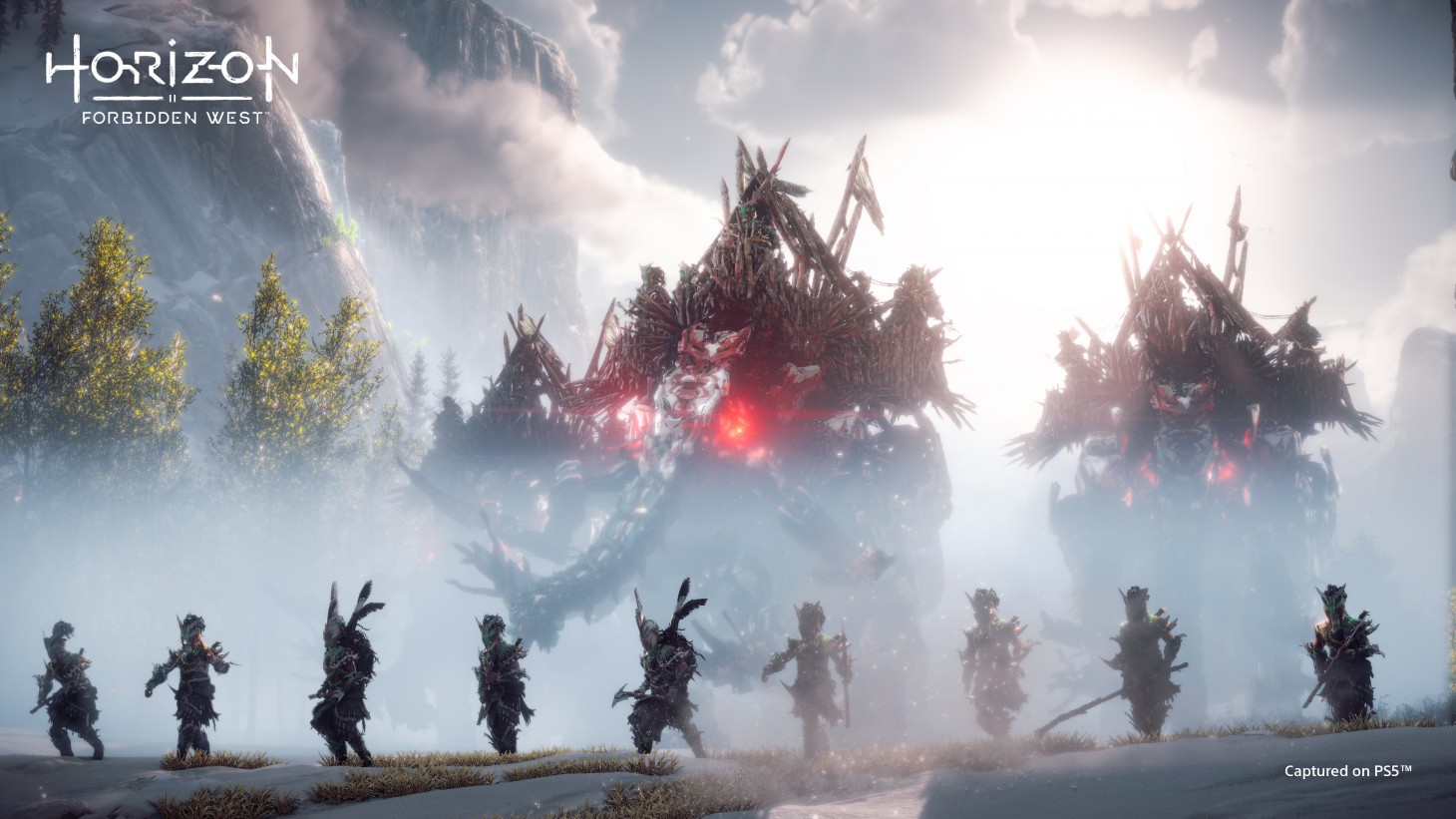 A new PlayStation State of Play is on the roster for this week, this time centering on Aloy and her new adventures in Horizon Forbidden West. The highly anticipated sequel to Horizon Zero Dawn promises new action, gorgeous new locales, and so much more, and we'll finally get to see some of that stunning gameplay live later this week.

The latest PlayStation State of Play kicks off on May 27 at 2 p.m. Pacific / 4 p.m. Central. Forbidden West game director Mathijs de Jonge promises 20 minutes of exclusive content, including 14 minutes of brand-new gameplay that has never been seen before. All of the gameplay shown will be shown using the power of the PlayStation 5.

The last time we had a look at Horizon Forbidden West was last year, showing off the stunning ray tracing technology and expansive open world that our red-headed protagonist will explore. What we've seen thus far has been nothing short of impressive, with the "no loading screens" feature making it all the more so.

Forbidden West will act as the direct sequel to the original Horizon Zero Dawn and will continue to follow Aloy's journey. It appears that massive storms have destroyed the land. From what was shown in the reveal trailer, it looks like Horizon Forbidden West will feature some new gameplay mechanics, like diving underwater, for example. There will also be a plethora of new creatures for her to interact with and new monsters to fight, including an awesome-looking robotic elephant.

Horizon Zero Dawn was a huge success for the PlayStation 4 lineup when it was first released back in February of 2017. Its dual-nature setting with futuristic technology in a more tribal society made the parallels between the two worlds interesting for the game's narrative. More than that, however, was Aloy herself. Forced to overcome great struggles at such a young age, her strength is in more than just fighting. Her kindness, despite being treated as an outsider, never wavered. Her desire to help while also being strong enough to lay down personal boundaries was nothing short of inspiring. I can't wait to see what this character does next. If it's even half as enticing as its predecessor, we're in for a world of enjoyment when Horizon Forbidden West finally releases.

What are you the most excited about when it comes to Horizon Forbidden West? Thoughts on Aloy and her adventures in the first game? Shout those feelings out loud and proud in the comment section below!