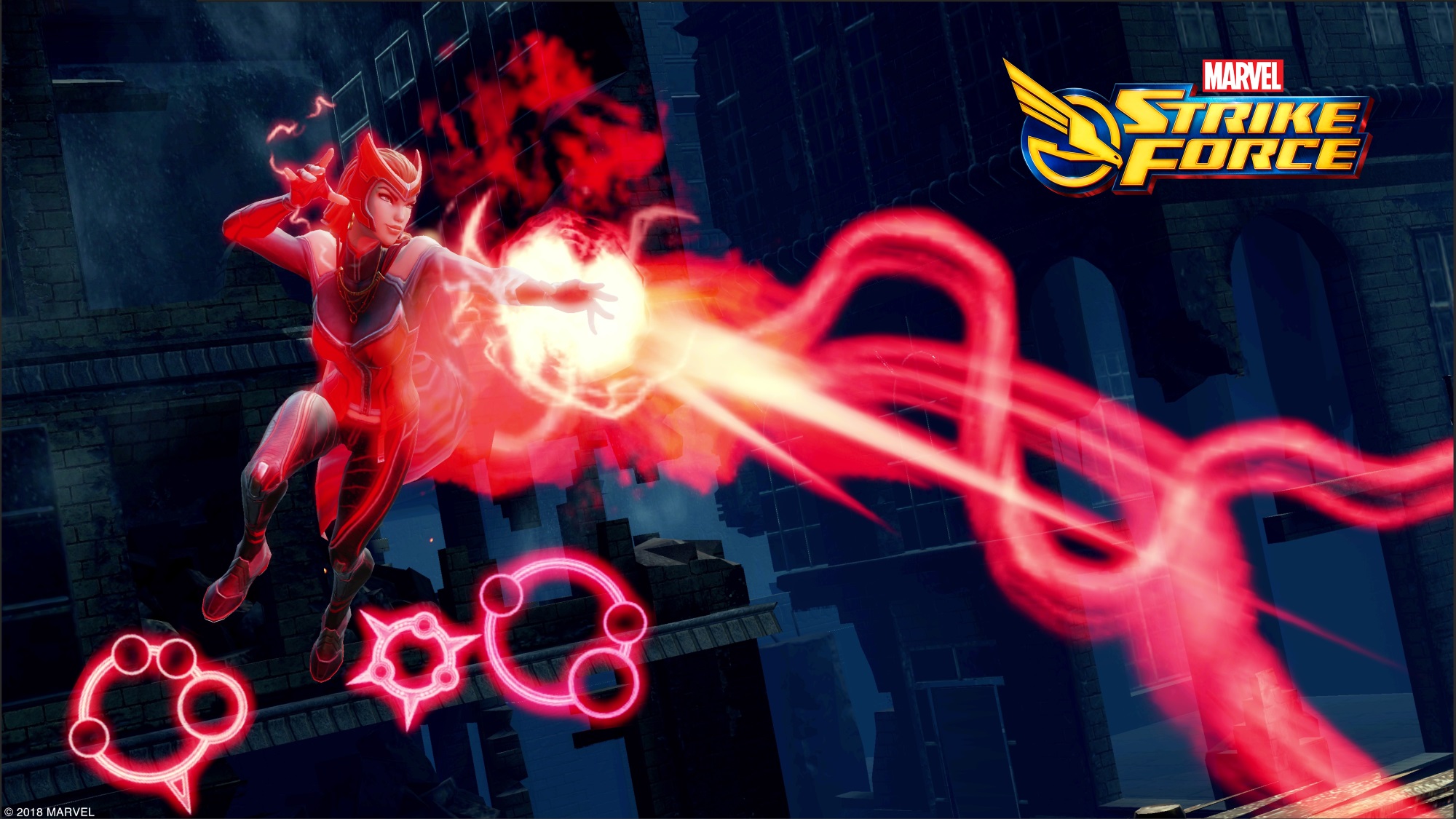 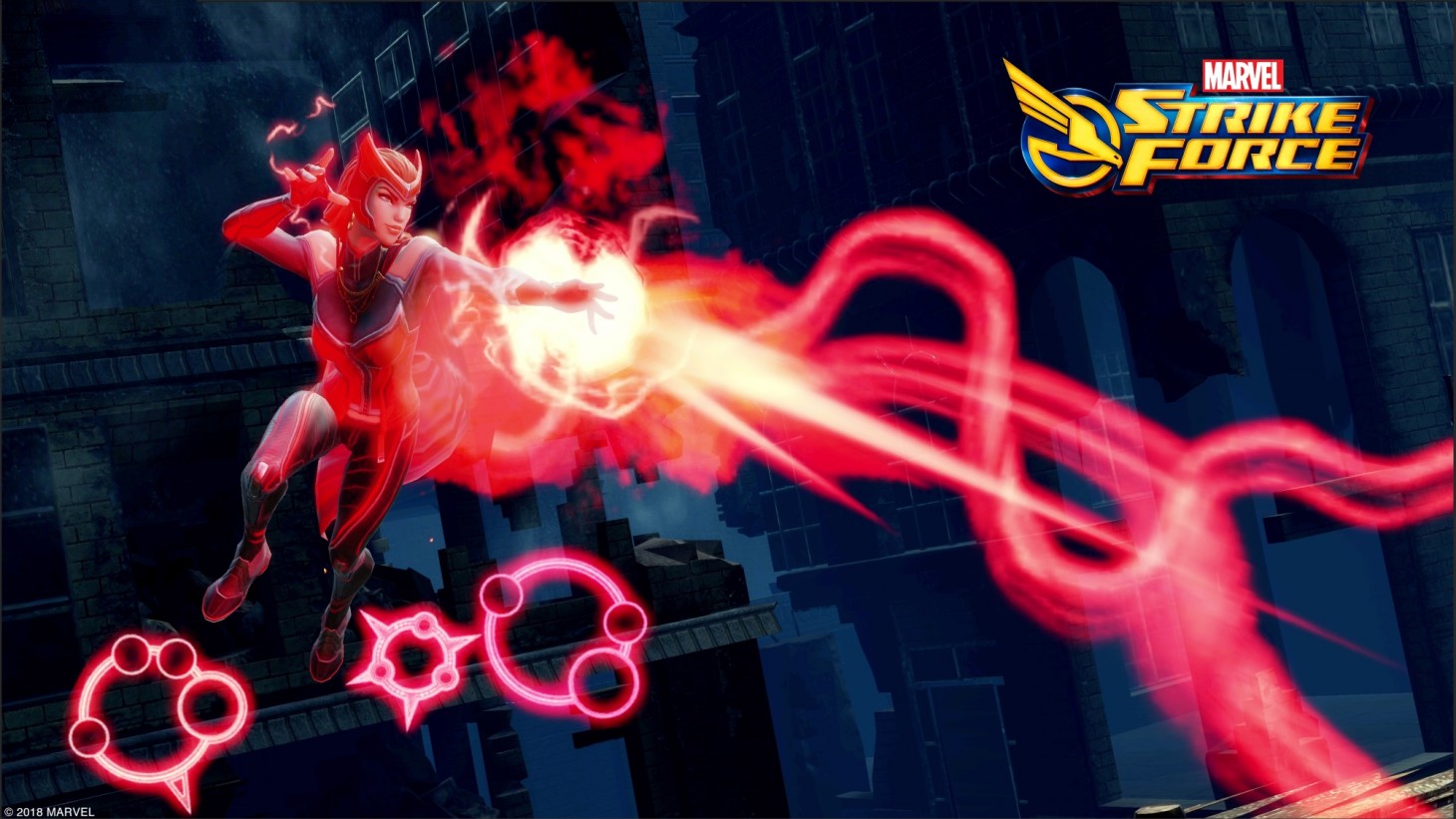 Update: As of May 6 at 11:32 p.m. Pacific / May 7 at 2:32 a.m. Eastern, Marvel Strike Force is back online. The servers were rolled back to a pre-server-reset state, removing all the added resources players mistakenly received, plus any progress that players made in the game within the 40 minutes leading up to the downtime. In addition, the compensation that seemingly caused the problems has been removed temporarily. Developer Boundless Entertainment delivered the following in-game message to players shortly after the servers came back online:

"We recently experienced unexpected technical difficulties due to an erroneous inbox message and had to undergo emergency maintenance. In order to correct the issue, we reverted the game back to a timed backup taken before the issue occurred. This means that all progress made between approximately 4:50PM (PDT) and 5:30PM (PDT) on May 6 has been lost. We understand that this is a huge inconvenience and apologize for the lost progression. We'll be sending compensation for this in the near future.

Players who made purchases during this time will be sent all purchased good. However, it will take some time and players should expect to gradually receive the purchased content, as well as additional compensation, over the next few days.

We apologize for the inconvenience."

Marvel Strike Force is currently down following a massive glitch during today's server reset. The technical issue occurred as players attempted to access compensation sent by developer Boundless Entertainment to apologize for past technical glitches. Players were unable to claim the rewards from the messages delivered to their inboxes, but much to their surprise, the messages had other effects. While opening the messages and hitting the "claim" button was fruitless for the intended rewards, which included several pieces of Gear and Orb Fragments, observant players noticed millions upon millions in Gold deposited into their account.

The glitch occurred as the servers reset at 5 p.m. Pacific / 8 p.m. Eastern. During that time, loading times were increased, players struggled to get into games, and, as mentioned above, those who tried to claim the compensation for prior technical glitches were unable to do so but did receive millions in unintended Gold. Less than 30 minutes later, around 5:28 p.m. Pacific / 8:28 p.m. Eastern, Boundless Entertainment took the servers down for emergency maintenance. Despite the in-game messaging calling it "scheduled maintenance," posts by the game's community managers on the official Marvel Strike Force Discord channel say otherwise.

"We are taking the game down for emergency maintenance," CM_Zeeks said in a Discord announcement at the time that the servers went down. "We will let you know once we have further updates."

The game's servers have continued to be offline all evening, with community manager Cerebro updating players at 7:10 p.m. Pacific / 10:10 p.m. Eastern on that same Discord channel. "Update: the dev team is working on the issue that required emergency maintenance and server downtime is expected for the next few hours," he said in the post. "We will continue to keep you updated as new developments occur."

Technical problems have been common in Marvel Strike Force over the course of its life, but lately, the game has been plagued by them. As mentioned above, this glitch occurred when players attempted to receive compensation the developer was delivering for other technical problems that occurred in the recent past, but the community's patience seems to be wearing thin lately. The entire Marvel Strike Force subreddit is currently flooded with topics about the recent state of the game. On top of these recent and ongoing problems, other issues surrounding an inability to claim Raid Milestones after the season expires, Arena ranking issues, problems with offers for characters like Silver Surfer being exploitable by some players, and even a recurring problem with the monthly Strike Pass have happened in just the last month and a half. 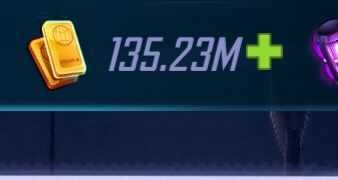 I had about 7 million Gold in my account before this glitch happened.

Marvel Strike Force is still down for emergency maintenance as of this writing. This issue comes 24 hours prior to the start of one of its most anticipated events in a long time, as players are about to be given the opportunity to earn Kestrel, the first all-original character created for Marvel Strike Force by Boundless Entertainment in collaboration with Marvel. Kestrel has already proven to be one of the most powerful characters in the game, and while the community's enthusiasm may be hindered by this string of events, you can learn more about her here.