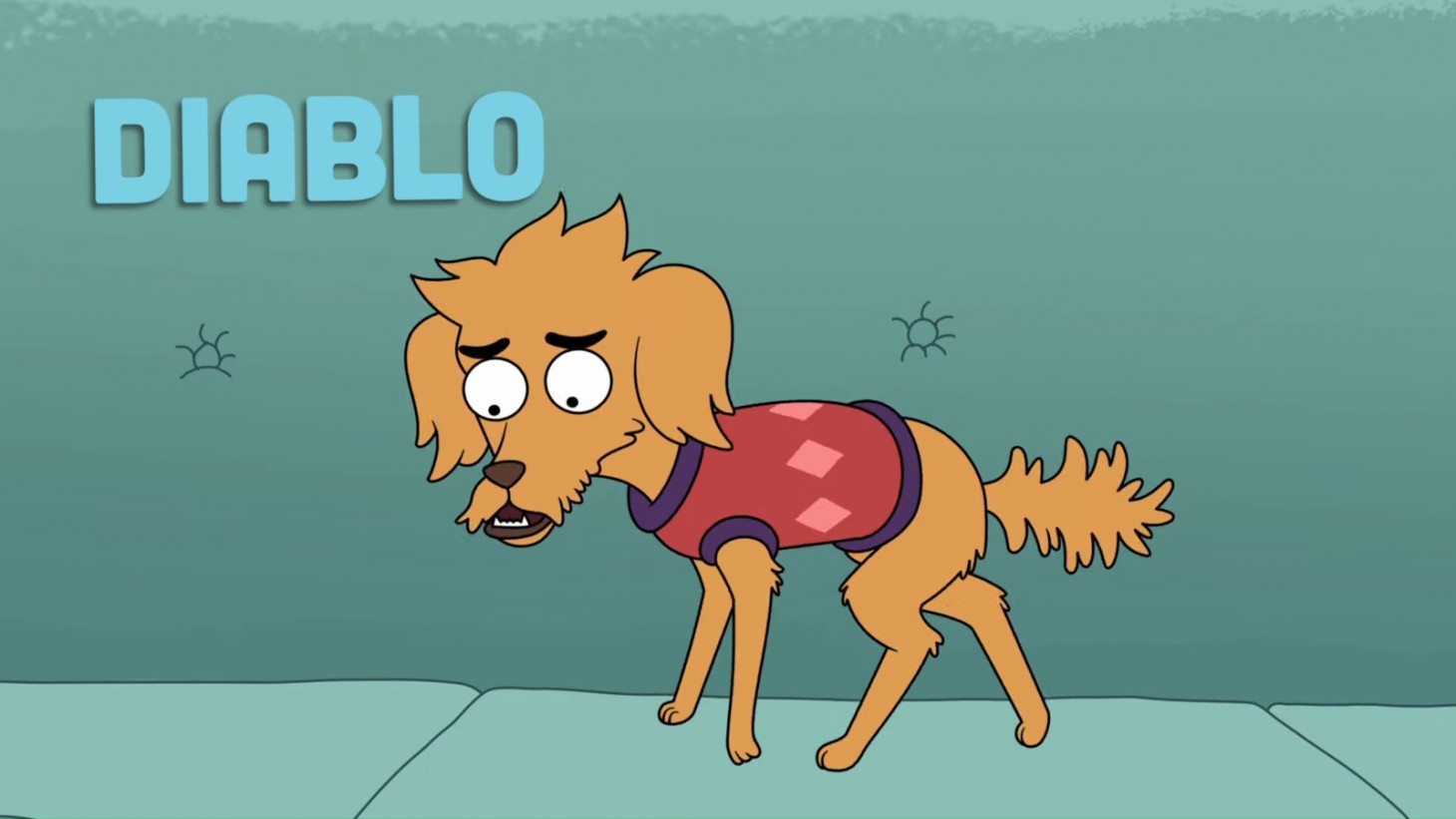 Blizzard is currently hard at work on several Diablo-related projects, the biggest, of course, being Diablo IV. Because of this, it apparently wants to make sure its franchise is the only notable Diablo in all of media. Case in point: the publisher has apparently taken exception to a new animated show by Fox that features a dog named, you guessed it, Diablo.

The show in question is called HouseBroken. It premieres May 31 on Fox and you can read an excerpt from the show’s official synopsis and watch the trailer below.

HouseBroken follows a group of neighborhood pets and stray animals as they work through their issues inside and outside their therapy group. Honey (Emmy Award winner Lisa Kudrow, “Friends”, “The Comeback”), a standard poodle, opens her living room for the group to come and support each other through the misery, mayhem and majesty that is being a pet. Honey also struggles with her own problems, such as her arranged (by her human) marriage with Chief (Nat Faxon, “The Way Way Back”), a sloppy St. Bernard who enjoys eating socks and licking himself.

If you're curious, Diablo is voiced by Tony Hale of Arrested Development fame.

According to PCGamesN (thanks, PC Gamer), Blizzard’s attorneys aren’t too happy about Diablo the dog and filed a Notice of Opposition against the show on April 26 (which you can read in full here). The root of Blizzard’s issue stems from Fox’s apparent intention to use Diablo’s name on products such as pet food along with various wares including beverage glasses, lunch boxes, bowls, toothbrushes, and much more.

The notice points out that Blizzard has owned the Diablo trademark for many years and that its branded products have, to quote the notice, “enjoyed enormous commercial success, won various industry awards and been the subject of substantial, unsolicited media attention.” The lengthy complaint proceeds to not only run down every notable game and product under the Diablo umbrella, but also lists every award and sales accolade associated with each release.

Blizzard is worried that if Fox starts selling merchandise bearing the name “Diablo" it could cause brand confusion and diminish the reputation of the Diablo video game IP. Now to be fair, Blizzard does legally own the Diablo trademark so it has a “valid” complaint in the eyes of the law. The question is whether or not the powers that be believe there’s enough similarity between the two Diablos to do the sort of brand damage Blizzard claims it could. Fox has yet to respond to the complaint.

If you need refreshers on the other Diablo projects Blizzard has in the works, check out these recent previews for Diablo II: Resurrected and Diablo Immortal.

So what do you think of this situation? Is Blizzard in the right or is it making much ado about nothing? Also, does this dispute make you more interested in checking out HouseBroken? Let us know in the comments!