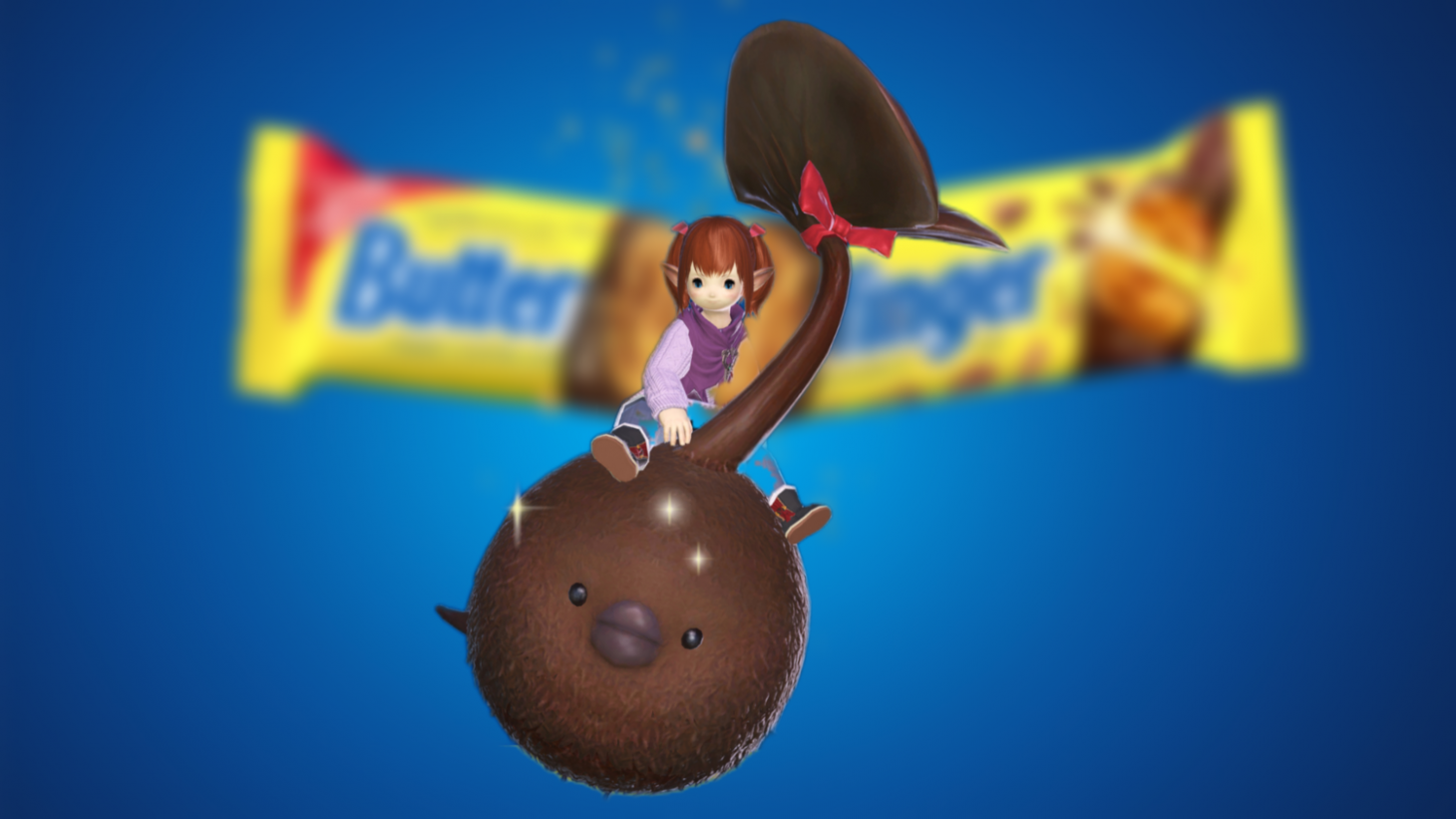 Final Fantasy XIV and Butterfinger are teaming up for a new promotion involving exclusive DLC. The MMORPG definitely had a rough launch when it was first released; players were both overwhelmed and underwhelmed by the structure of the new take on the franchise when it was first released. Thankfully, since then, various improvements and expansions have been released, effectively turning it into one of the most successful MMORPGs on the market. Now that this game is in open beta on PS5, the community is more active than ever before, which is where Butterfinger comes into play.

In yet another play by the Game Better With Butterfinger initiative, the chocolate brand is partnering with the online Final Fantasy title to deliver exclusive in-game content from May 3 to June 30. Interested in earning while you snack? This limited-time promotion requires a purchase of $5 worth of Butterfinger bars to get a special Chocopokkur mount. Buy the candy, show proof of purchase with a receipt, and upload said proof to this website right here (when it becomes live on May 3) to claim that mount for your own.

Chocopokkur sounds like a pretty odd name, right? It's a combination of chocolate and Korpokkur (witty), giving a Butterfinger twist to the popular Korpokkur Kolossus mount already available. This mount is perfect for those players who crave speed and allow dedicated fans of Final Fantasy XIV to travel by land, air, and sea while conquering foes.

But it's not just chocolate and a shiny new mount. This initiative is also doing some good by giving back thanks to a partnership with Extra Life for charity. A June 3 stream is scheduled with some big names in the Twitch community to raise funds for the Children's Miracle Network to support over 170 hospitals across North America. Butterfinger also announced that it would be donating an additional $50,000 match to Extra Life.

So eat chocolate, go fast, and do some good out there in the world.

What say you? Is that chocolatey mount enough to make you go out and grab some Butterfingers? What other games would you like to see the candy brand collaborate with next? Sound off with your thoughts in the comment section below!