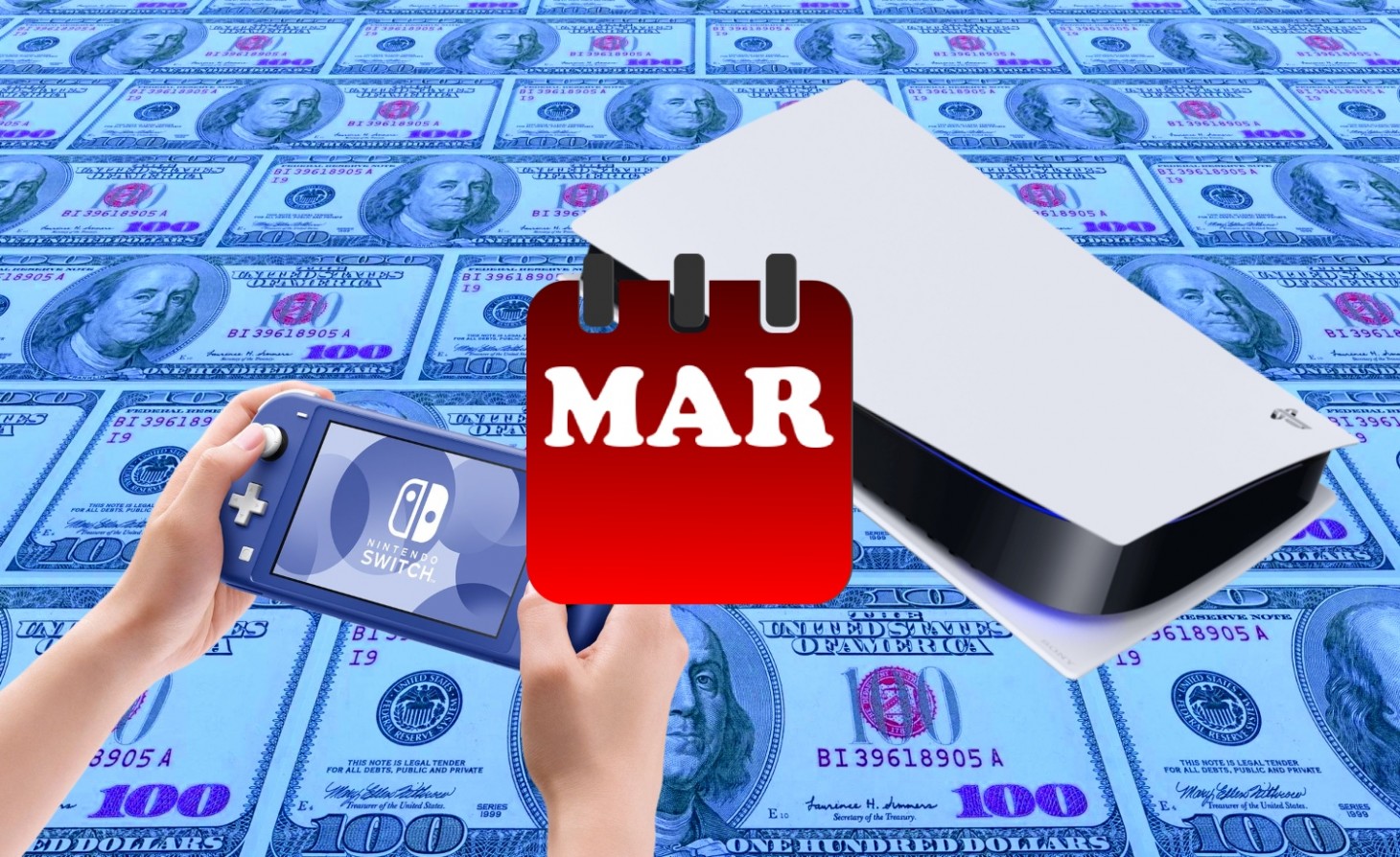 PS5 Breaks US Sales Record, Call Of Duty Returns To The Top As Best-Selling Game

The March U.S. NPD sales number are in and continues to trend with Nintendo Switch being the best-selling hardware platform both in units and dollars, Call of Duty's return to the top spot for games, and PS5 coming in shattering U.S. fastest-selling console records.

NPD analyst Mat Piscatella broke down March U.S. sales, going over spending trends across key areas of the market, including accessories, content, and hardware. The month of March saw a record of $5.6 billion across the board, which is an 18 percent increase from the year before. The ongoing pandemic and work-from-home orders are an attributing factor, as well as a new generation of systems becoming available in sporadic waves.

US NPD Spend Trend - Monthly sales are now comparable to year ago periods that were impacted by pandemic-driven consumer spending increases. March 2021 gains in hardware, accessory and content sales (particularly Mobile) pushed the market to growth despite the elevated comp. pic.twitter.com/qVBHSLByie

He notes that hardware dollar sales are also on the rise, seeing an increase of 47 percent over the last year with a record of $680 million. The year-to-date hardware sales revealed in the most recent NPD report shows a total of $1.4 billion, which is a hike of 81 percent when looking at the previous year.

Nintendo, once again, dominated sales with the Switch platform as the best-selling hardware platform both in terms of dollar and unit sales. That being said, the PS5 is the fastest-selling console in U.S. history, both in units and dollars. It's important to note that this does include scalpers that use bots to mass order units in bulk.

Despite a small reprieve, Call of Duty is once more the best-selling game in the U.S. with Black Ops Cold War, with Monster Hunter: Rise coming in at the number two spot (number one on Switch). Outriders follows up, ranking the number three spot on both Xbox and PlayStation. Outriders was also a day one addition to the Xbox Game Pass.

Marvel's Spider-Man: Miles Morales also dethroned both The Last of Us Part II and Ghost of Tsushima on the PlayStation side, with Mortal Kombat 11 rounding out the 10th spot.

To see the full list of sales data from NPD, including by platform and yearly comparisons, you can check out the full thread right here to learn more.

Are you surprised by the March NPD data regarding video game sales? Weigh in with those analytic thoughts in the comment section below.