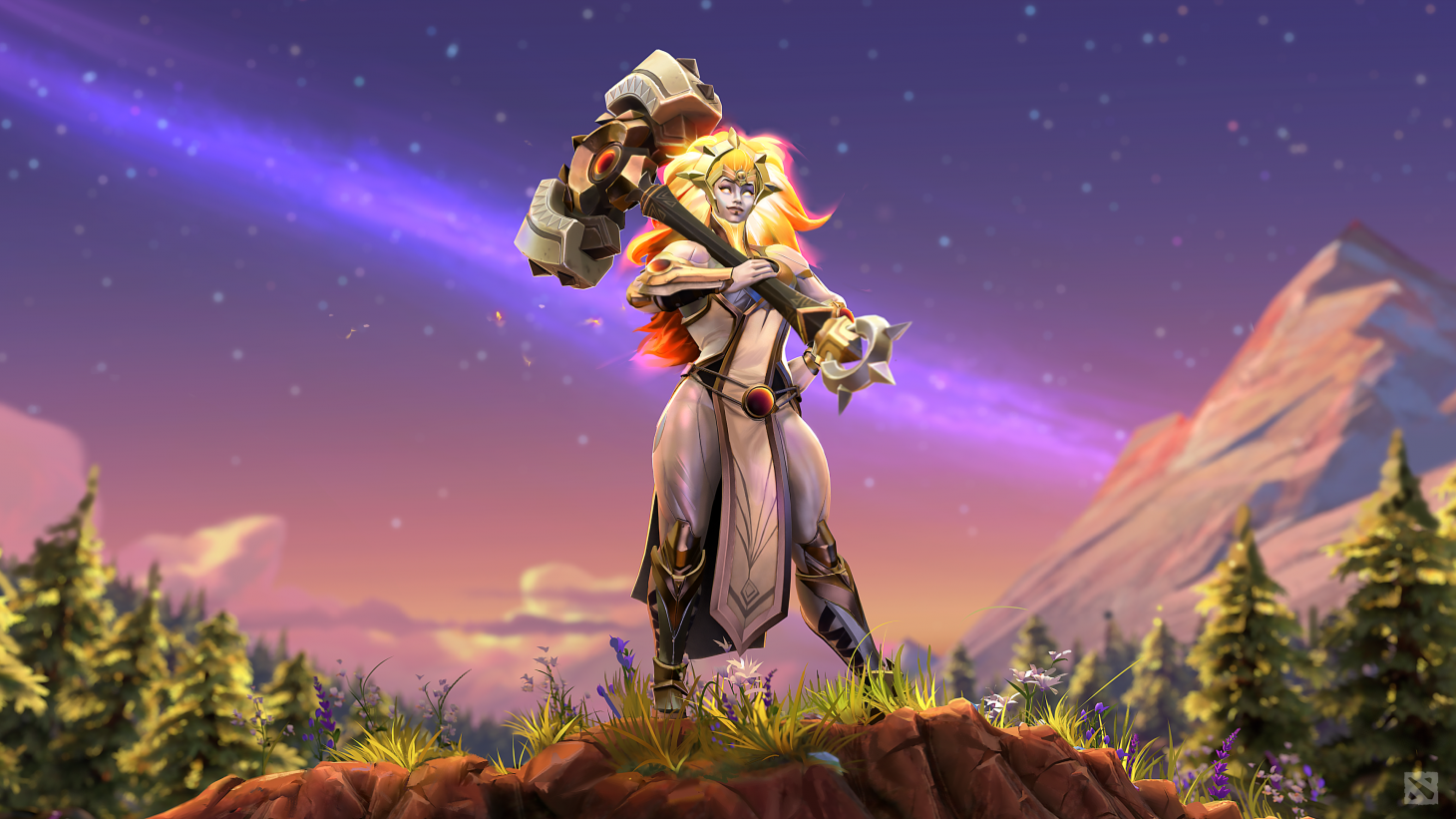 Have hammer, will smash. That's not the official catchphrase of the new Dota 2 hero but it definitely should be. Meet Dawnbreaker, the latest hero to arrive in the MOBA Dota 2. She comes at the perfect time with the Dota anime making its Netflix debut just last month.

Dawnbreaker is a mele-heavy hero that was "molded from the heart of a young metallic star." She's a warrior from the Children of Light and wields a massive hammer like it weighs nothing. Her primary move (Starbreaker) utilizes said hammer by spinning it around in three quick moves. Upon the final spin, she slams the meaty end of the hammer down to deal massive amounts of damage to her foes.

Dawnbreaker shines in the heart of battle, happily crushing enemies with her celestial hammer and using the energy released to heal nearby allies. At one with the mass of her weapon, she revels in hurling her hammer through multiple foes and then converging with it in a blazing wake. Created to rival ancient forces of chaos and darkness by descendants of the first light, Dawnbreaker only taps her true cosmic power to fly to the aid of her teammates — eager to rout her enemies on the battlefield no matter where they may be.

Her three other abilities include:

She looks like a pretty killer character and the lore surrounding her origins is nothing short of fascinating. Dota 2 has been getting a lot of love lately, and it's nice to see. Hopefully, the anime also drew new players in to see what all of the fuss is about. There is a reason why the Dota 2 community continues to be strong since the game's launch back in 2013, and now is a perfect opportunity for new players to see exactly what that reason is.

According to Valve, here are the general changes you can find with the latest Dota 2 update:

Are you excited for the new Dota 2 hero with Dawnbreaker? What do you think about the other changes with the latest game update? Sound off with your thoughts in the comment section below! You can also find the full patch notes, including item changes, right here.