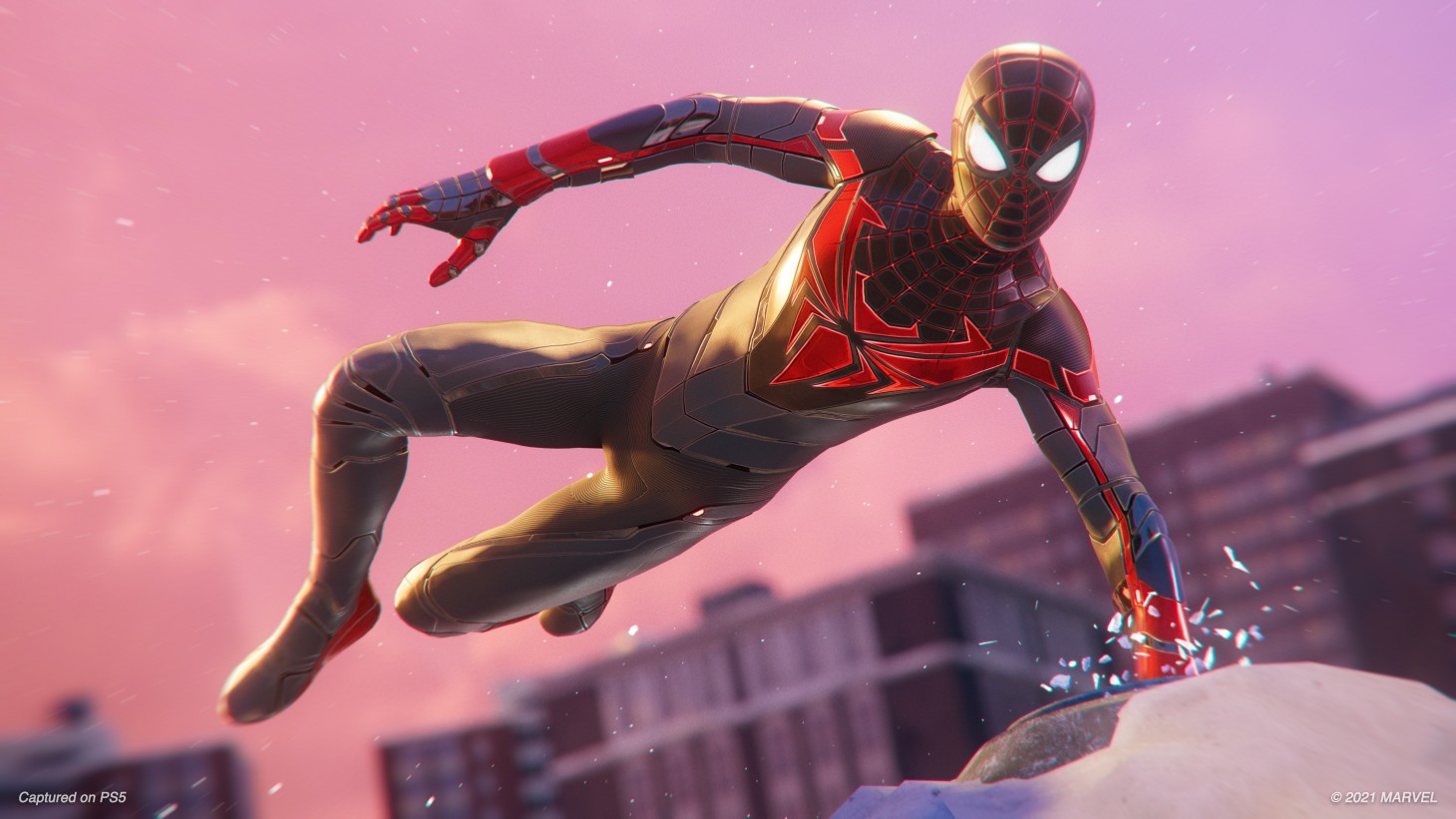 A new PS5 and PS4 update arrives for Marvel's Spider-Man: Miles Morales today and brings with it not only some new gameplay tweaks but a new Spidey suit as well. Insomniac Games revealed our first look at the Advanced Tech Suit that is swinging into Marvel's Spider-Man: Miles Morales, adding one more addition to a long list of suits to choose from.

Insomniac Games took to Twitter to share our first look at the Advanced Tech Suit in addition to a confirmation that a PS5-only update targets realistic muscle deformation for specific Spidey looks.

While this is the first look we've had of the new suit in-game, it's actually not the first look at the suit itself outside of the comic-verse. Funko Pop actually spilled the beans earlier this year with a new Marvel's Spider-Man figure, and the Advanced Tech Suit was showcased front and center.

Regarding the rest of the update, official patch notes aren't available at this time, which means we don't know exactly what the "various fixes" entail. The update itself targets both PlayStation 5 and PlayStation 4 players later today.

Marvel's Spider-Man: Miles Morales has been an amazing addition to the Marvel-verse in gaming. Game Informer's Andrew Reiner called it "An electrifying second act" and gave the game a nine out of ten, "Electricity surges through Marvel’s Spider-Man: Miles Morales, delivering a powerful charge to the web-slinging action, and a warmth to the family-focused story. Even though this sequel runs at roughly half the length of Peter Parker’s 2018 adventure, it is consistently engaging and powerful, only coming up short in the impact the villains have on the entire experience."