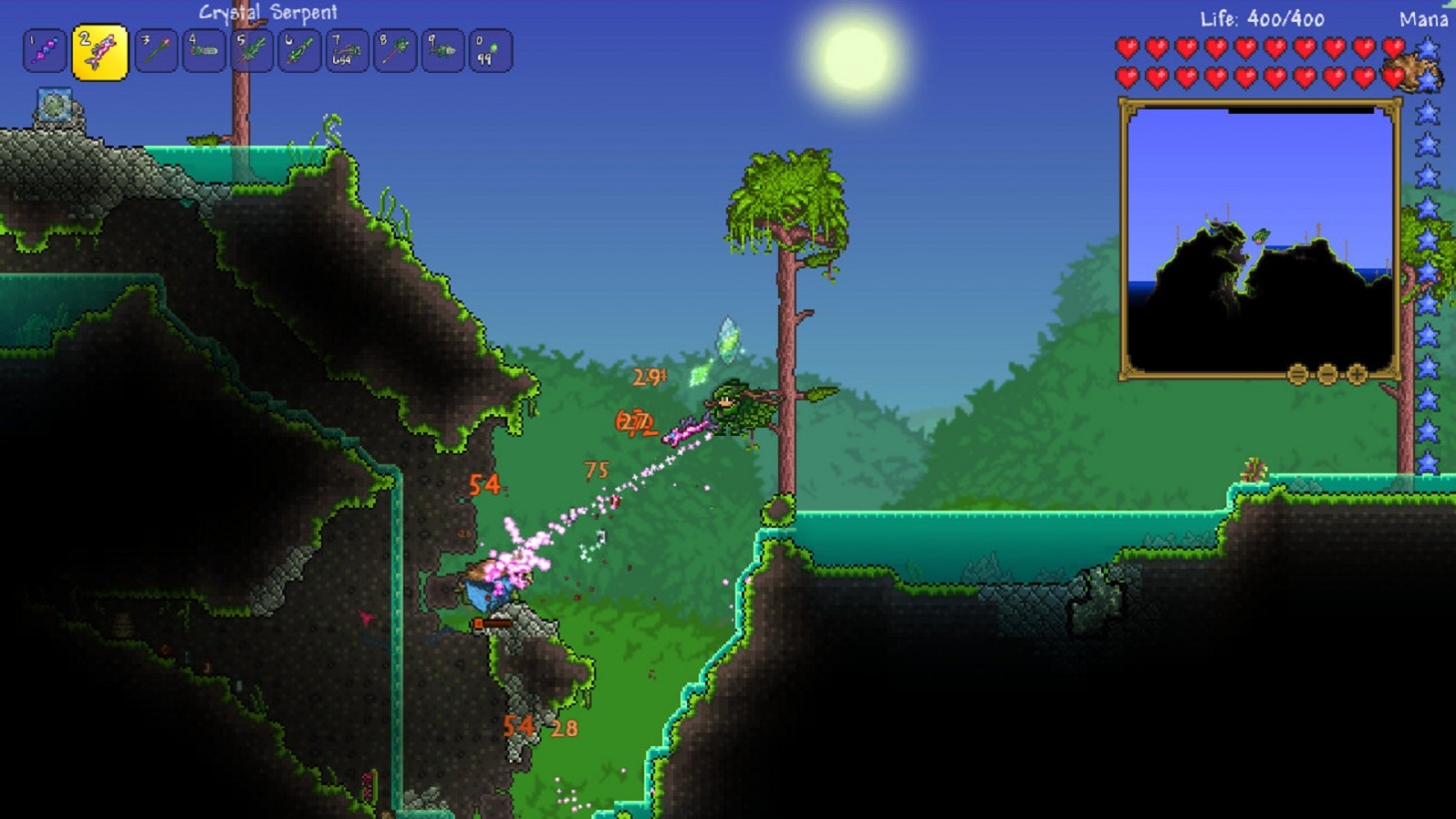 Terraria Has Sold Over 35 Million Copies

If you've ever gotten into survival or crafting games, you've probably played Terraria. Well, Terraria has just crossed a milestone by passing over 35 million units sold. 17.2 million of those copies were on PC, with 8.5 million on console and 9.3 million on mobile devices. That's a whole lot of digging down into the earth! Of note, this achievement hit less than a year after Terraria crossed the 30 million mark, indicating that even though newcomers like Valheim are enchanting survivalists, the whimsical world of Terraria is still captivating explorers at a rapid pace.

Terraria is often best with friends, an experience that has you foraging deep into the earth, summoning up huge bosses to battle and loot, and exploring big biomes with weird lighting and even more bizarre creatures. Like Minecraft, many of the best experiences can be had by setting up your own dedicated server and tweaking the ruleset to your liking, above and beyond the standard options. For many players, that often means pooling in together to rent a server from a number of available vendors at a nominal fee.

"Terraria may not be accessible, but this sandbox is so deep that you might find yourself buried in self-appointed goals and chasing that carrot of upgradable gear into the early hours of the morning," said Ben Reeves in his Game Informer review back in 2013. "The combat and controls could use more polish, but a nearly infinite well of items and randomly generated worlds make up for those faults. A lot of games try to hold your hand through a scripted experience, but Terraria makes a good argument for the merits of directionless creation." Terraria scored an 8 back then, and it's still going strong eight years later.

Terraria has had many significant updates and changes since those times, updates that add all kinds of amazing areas to explore, titanic bosses to tackle, and even just cool accessories and cosmetics to add to your homestead.

Have you gone back to Terraria since the early days? Are you still trying out new things with friends on servers with cool options? Let us know in the comments!