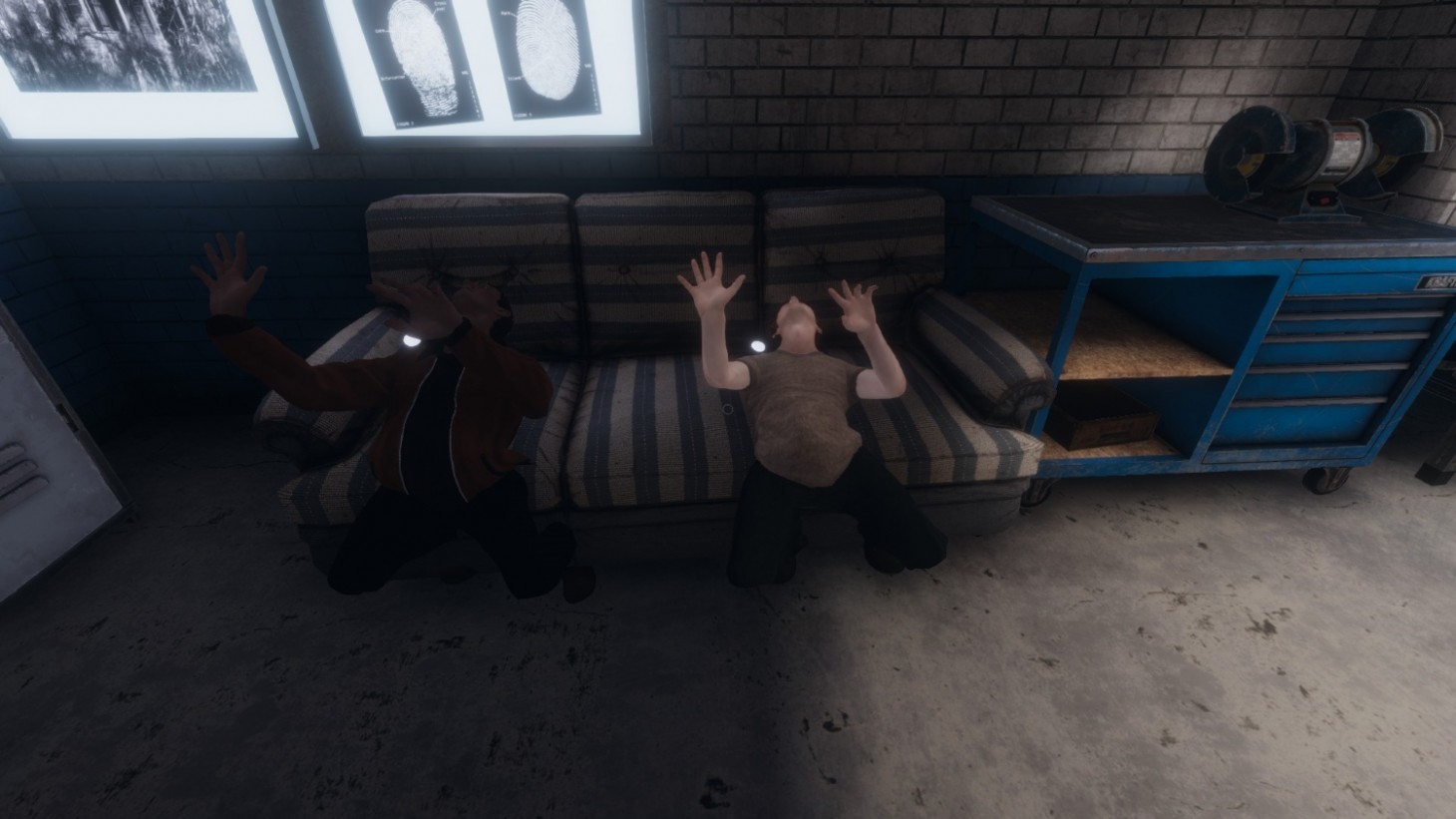 Phasmophobia is an incredibly creepy ghost-hunting experience that will have you either laughing at the hilarious glitches or screaming in terror because that freaky demon thing is convulsing in the middle of the room. At the same time, your friend's corpse hangs lifelessly on a nearby chair. So when a new update comes out, it's interesting to see what changes are made to the Early Access game. The latest Phasmophobia update not only fixes quite a few bugs and adds new objectives, but it also lets ghosts touch you. Like. Touch you. Like, actually touch you to where your real-life body feels it.

I'm not scared. You're scared.

The team over at Kinetic Games took to the game's official Twitter account to share some of the updates that players can expect in the PC title. The usual bug fixes can be found, such as fixing how certain items interact with characters, the glitch where photo evidence wasn't showing up, VR tweaks, and more. However, the part that stood out to me is the thought of those creepy ghosts I keep running manically from can now touch me. This may not sound scary, but try playing this game in VR. I dare you. I double-dog-dare you.

So how can a digital ghost say "catch these hands?" That has to do with the new changes made to add support for bHaptics suits and face covers. What this change means is that if a ghostie comes a little too close, especially with the candle changes listed below, the haptics will trigger a sensation in real life. This is designed to emulate a feeling that something is on you. It's like the Neil Diamond song "Sweet Caroline" except the lyrics are more like "Reaching out. Touching me. Touching you. SWEET MURDERLINE."

The most notable new features that are arriving include a ghost's ability to blow out candles if they are close enough and the lights are off. Since the new objectives added include candles, this is a pretty big deal. It also just sounds spooky as all heck.

Regarding the new objectives:

To see the full list of fixes, fine-tuning, and new additions, you can check out the full patch notes right here.

Thoughts on the latest Phasmophobia changes? What would you like to see this team add next? Weigh in with those oh so brave thoughts in the comment section below! I'll gladly read them while I hide behind you during the hunt.