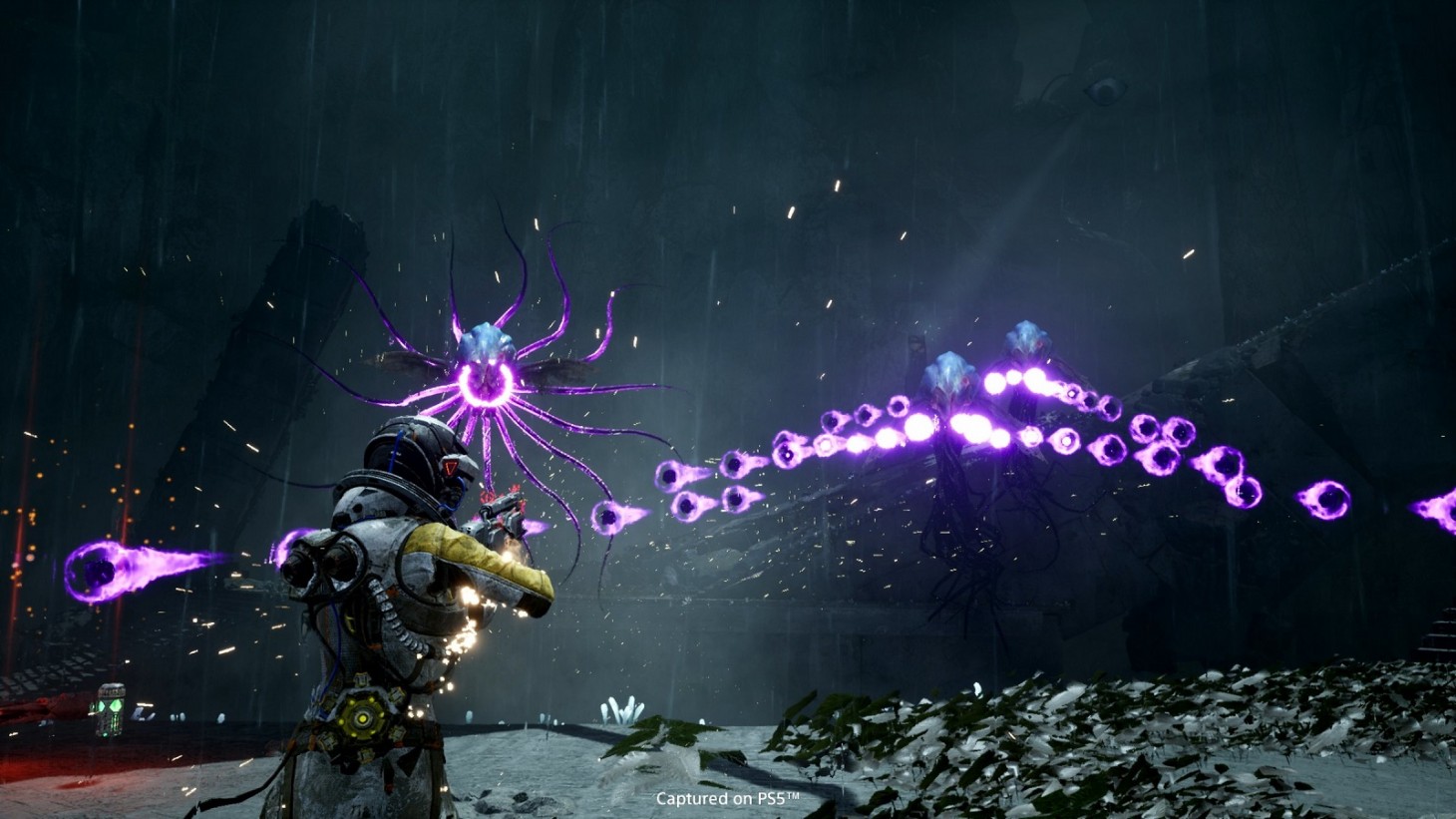 Housemarque is bringing Returnal exclusively to PlayStation 5 next month on April 30. The combination of third-person shooting, horror elements, and roguelike time-twisting is a compelling blend to think about as we head toward release. Returnal may appear to be a serious shift from other Housemarque fare such as Resogun or Nex Machina, but what's available to parse right now looks ambitious and interesting. Today, there's a new trailer that highlights aspects of the story. You can watch it below!

We know you play as Selene, spacewrecked in an alien world full of deadly aberrations. Despite it being a story trailer, we see plenty of action here as Selene engages in combat with a variety of alien threats. Some distinct non-alien locales featured in the trailer indicate that there may be heavy psychological elements that flow into the game experience as well. One thing is certain – not everything is as it seems. There's a ton of weird lifeforms and terrifying stuff in this trailer to take a look at, from grim environments to projectile-spewing abominations.

You're going to die, a lot, and have to restart the journey anew, hence the roguelike nature of the game. However, every time cycle offers new foibles and quirks, forcing the player to not only take on new challenges, but to utilize resources in new ways, ostensibly avoiding some of the repetitive elements that can turn roguelike titles into a grindy slog. We'll have to wait and see there. Already revealed is that the gameplay does include a way to benefit in future runs via upgrades, so we don't know exactly just how "roguelite" things will be, but you won't be starting at complete zero each time. You can see some of Housemarque's signature "bullet-hell" mechanics weave their way into the action flow as well. Along the way, you're tasked with restoring some of Selene's lost and fragmented memories, hopefully shedding some light on the world around her and some clarity on how to escape the loop.

What do you think of Returnal so far? Have you managed to snag a PlayStation 5? If so, are you thinking about adding Returnal to your game library? Let us know in the comments!