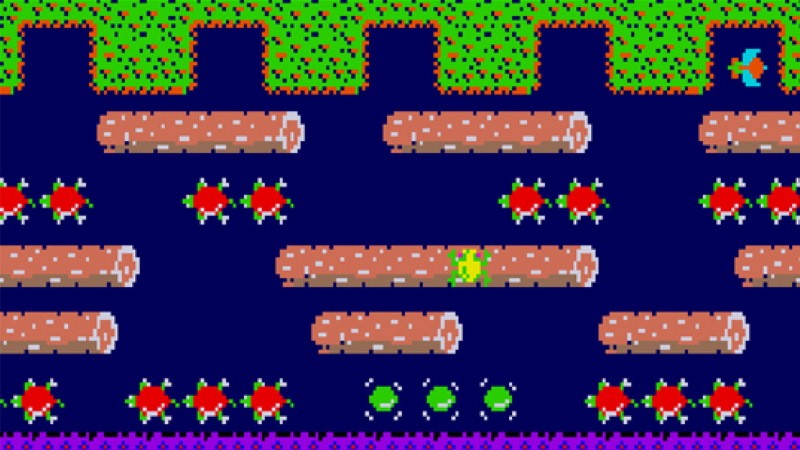 Ever since video games became successful, film and television adaptations have been pursued. Whether you're talking the Super Mario Bros. Super Show in 1989, the long-running Pokémon anime, or the upcoming Mortal Kombat movie, the results have been as varied as the games they've attempted to adapt. While Sonic the Hedgehog 2 and The Witcher season 2 are currently in the works, we now know the latest game to enter the live-action adaptation fray, and it's probably not what you've been expecting. While some fans pine for BioShock on the big screen or new episodic adventures in the Mass Effect universe, NBCUniversal has ordered a new competitive, live-action series based on the classic video game Frogger.

The report comes from The Hollywood Reporter, which says Peacock's interpretation of Frogger will be an unscripted competition, with an initial order of 13 episodes. The description makes it sound a lot like a video game-branded show that pulls inspiration from popular competitive entertainment like Ninja Warrior, Wipeout, and Floor is Lava. In Frogger, contestants assume the role of the titular frog as they try to cross a series of obstacles. The obstacles contestants must avoid on their way to the goal include traffic, snapping alligators, and hippos. We're assuming they won't actually get hit by a car or attacked by a deadly predator, but who's to say, really? Either way, the winners walk away with cash prizes.

According to THR, Frogger marks the first original competition series at Peacock, which has so far kept its unscripted series focused on documentaries and reality shows like an upcoming revival of The Real Housewives of Miami. While the very notion of Frogger as a competitive television show seems weird at first, it will be interesting to see how it turns out with the backing of a major network like NBC.

What is your history with the Frogger series? Do you like the competitive angle NBCUniversal is taking with this? Would you subscribe to Peacock to watch a show like Frogger? Let us know your thoughts in the comments section!