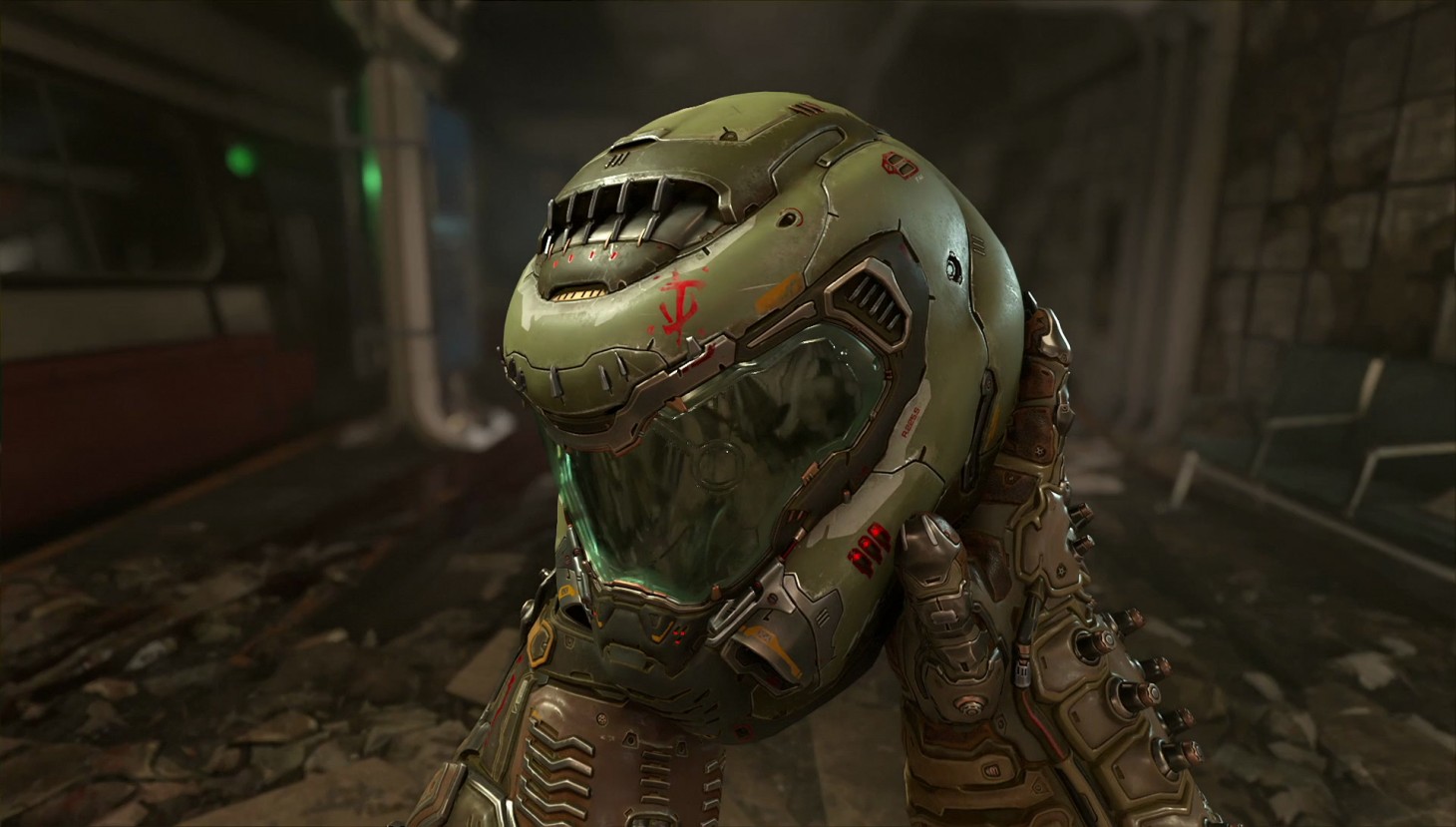 Doom Eternal Director Opens Up About A Possible Female Slayer

We see a lot of "gender bends" of our favorite characters and the Slayer from the Doom franchise is no exception. With the help of skins, we've even made the killer of demons a unicorn, a return to his classic form, and even a purple...uh, pony. With the weird variety of different looks for our badass protagonist, having a female-facing Slayer wouldn't be much of a stretch. According to the director of Doom Eternal, Hugo Martin, that creative direction has crossed the team's minds. So why haven't we seen it yet? The answer is more thoughtful than you might think.

The revelation of a possible female Slayer came by way of a recent stream where Martin talked a little bit about the different directions they've considered taking Doomguy and what a Slayer is like in this universe. To him, if this were to happen they would want it to be more than a skin, instead choosing to bring in a female Slayer into the storyline. According to the director, "I've thought about it, actually. I think if we did it, I'd want it to be lethal. I think it's interesting how it would impact the glory kills, the kind of weapons that she would have, the fighting style—certainly all aggression, absolutely, but a different type of aggression. I would really strive to allow it to impact the gameplay in a way that was meaningful. I've definitely put a lot of thought into that."

He added, "When it comes to designing the action, you think about, like, if the Slayer is a Ferrari, then what would a female Slayer be? What would a medieval Slayer be? How would that affect things? What sort of analogies could you draw from that, allow that to influence the experience? So I don't know. It definitely would be cool."

I've been playing the Doom games since 1993 and I remember as a younger girl, I thought it would be pretty heckin' cool to see myself all donned up in full gear taking out the hordes of Hell. Personally, I'd love to see this happen, but I do agree with Martin that if it does, I would want it to be for a reason, to have a positive impact on the game. I wouldn't want a skin and I wouldn't want any character thrown in just for the sake of throwing them in there, regardless of gender. But it sounds like the team is being incredibly thorough about how this could work, which already shows that if it does happen, it will be done in a way that enhances a beloved franchise in a way that makes sense.

While it doesn't sound like a female Slayer is happening any time soon, the prospect does make me excited to brainstorm what else I, as a fan, would like to see added to the game. What about you? If you could bring in your own dream Slayer, what would they be like? What sort of moves would they have, what would they look like? Sound off with your ideal pitch in the comment section below!