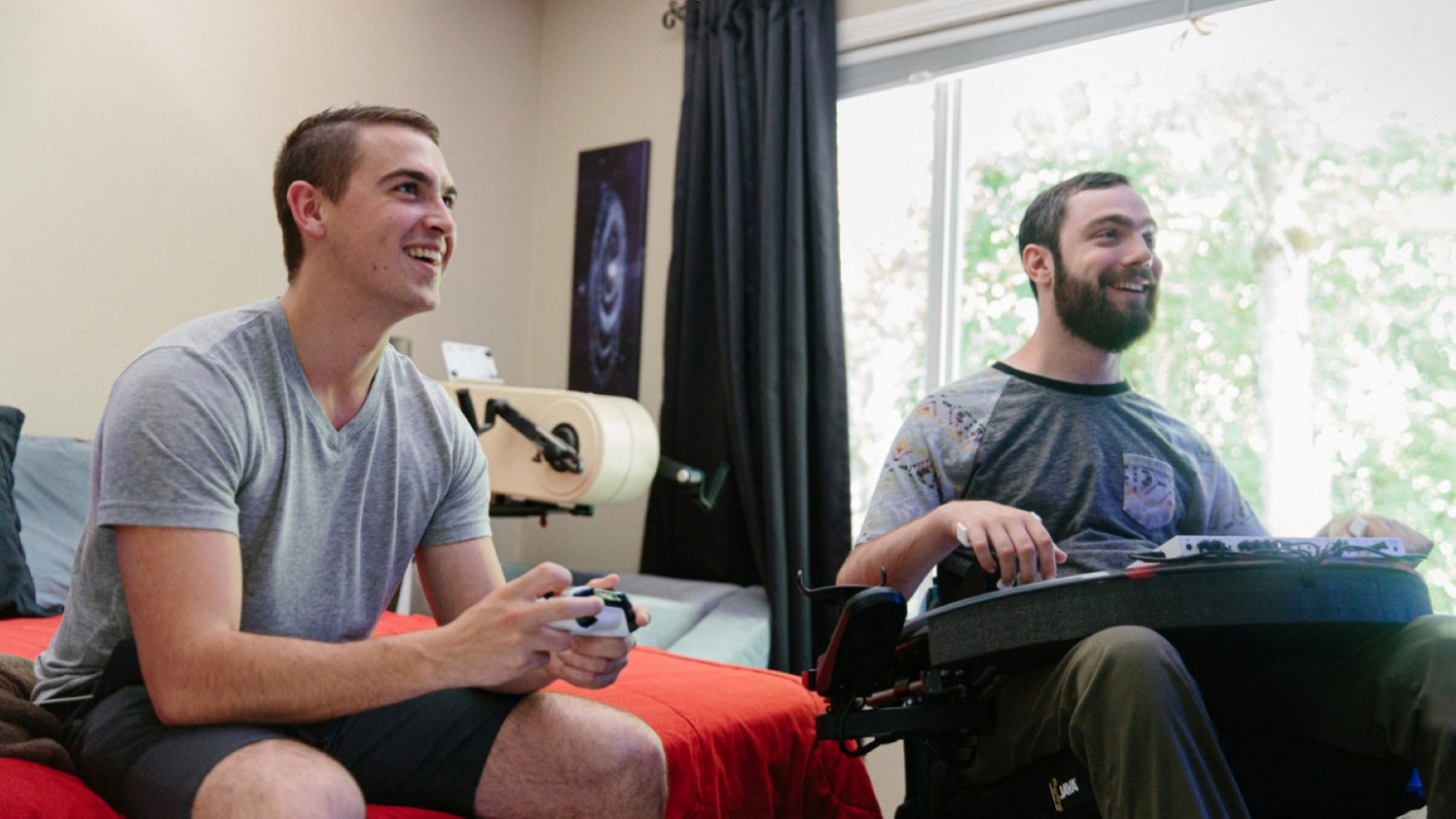 Microsoft has been a pioneer in making gaming more accessible for all in recent years with its growing accessibility department, research into new ways to play as seen with its adaptive controller for Xbox, and its outreach efforts. While accessibility in gaming has finally been given the spotlight it deserves, the work is far from over. Because of that, Microsoft has detailed how it is ramping up its efforts to make gaming more available for all.

In a new post over on Xbox Wire, Brannon Zahand, a senior program manager for gaming accessibility at Microsoft, opens up about new goals the company has regarding their efforts. "Passion for game accessibility has grown exponentially among developers and gamers alike in the past decade," he says in the post when talking about why this movement is so crucial. "According to the ESA Foundation, there are nearly 46 million gamers with disabilities in the U.S. alone, [sic] so we’re heartened to see that game developers are actively seeking out resources that guide inclusive game design to ensure that their games are fun for everyone who wants to play."

According to Zahand, accessibility has become a "core aspect" behind all development decisions within the Xbox brand. This became the norm when the company created the Xbox Accessibility Guidelines back in 2019, and from there the efforts grew in both scope and support.

Since the launch of programs within the company to be more community-focused in areas that are usually left unrecognized, Xbox has worked alongside many groups targeted various aspects of accessibility to continue growing and properly addressing fan feedback. "Over the past year, developers have expressed enthusiasm for the XAGs (Xbox Accessibility Guidelines), but also asked for additional context and clarification as to how to ensure these guidelines are properly implemented in their games," Zahand continues. "Additionally, there has been a clear desire for more content that helps a developer understand 'where to start' or 'how to focus efforts.'" In an effort to make the impact of XAGs even more effective, the team is implementing new growth goals for 2021 and beyond.

Kaitlyn Jones is leading this expanded project as part of the Microsoft Gaming Accessibility Team and has outlined the key improvements that players can see going forward. Improved language is the first point of revision for the team. What this means is that Microsoft is clarifying the language used in the XAGs in order to make sure that the thoughts expressed are easily understood and more reader-friendly.

Having a clear "goal" was also important moving forward. For this, Microsoft is making the XAGs more defined to properly convey clear goal points listed for readers to process accurately to make reading through each guideline more understood and effective.

An improved overview is also outlined in an effort to ensure that developers are properly understanding how vital each guideline is when making games be more available to all, each section has been overhauled to "provide key contextual information" that includes the impact of each point made.

Part of this overhaul also includes "high-level questions" to ask developers to help them identify potentially inaccessible elements in their game that could be addressed. The XAGs are also being improved in a way that makes it easier for devs to identify areas within their games that need additional attention.

With the nature of the XAGs being technical in a way that some may not understand, part of the overhaul efforts are to make sure that more context is given to help make the guidelines easier to understand and implement. In another effort for clarification, the XAGs will also provide examples via video and images to show off real-world examples of how these efforts improve the gaming experience.

"Developers now have the option to send Microsoft their Xbox or PC title and have it analyzed and validated against the recommendations provided in the XAGs. Where issues are found, they are noted with reproduction steps, screenshots, and other information to help the developer understand what aspect of a given experience may be challenging for certain gamers with disabilities."

This focus also aims to draw attention to resources within the community talking about accessibility, including links to "inclusive design documentation, non-profits and industry-recognized subject matter experts, platform-specific technical documentation, and more."

Zahand also details how the gamers themselves are making a large impact on this continued initiative, including the constant inclusion of gamers with disabilities testing out new ideas, goals, and products that are in progress for efforts on how to making gaming better for all.

We spoke with Zahand ourselves a few months ago, and what we learned about Microsoft's efforts left us feeling inspired. From how the team is approaching epilepsy concerns to how they are balancing all player types, it's clear that the company is making real headway in the name of accessibility and not simply putting a Band-Aid over the issue.

To learn more, you can read up on the past, present, and future of Xbox's accessibility efforts right here.