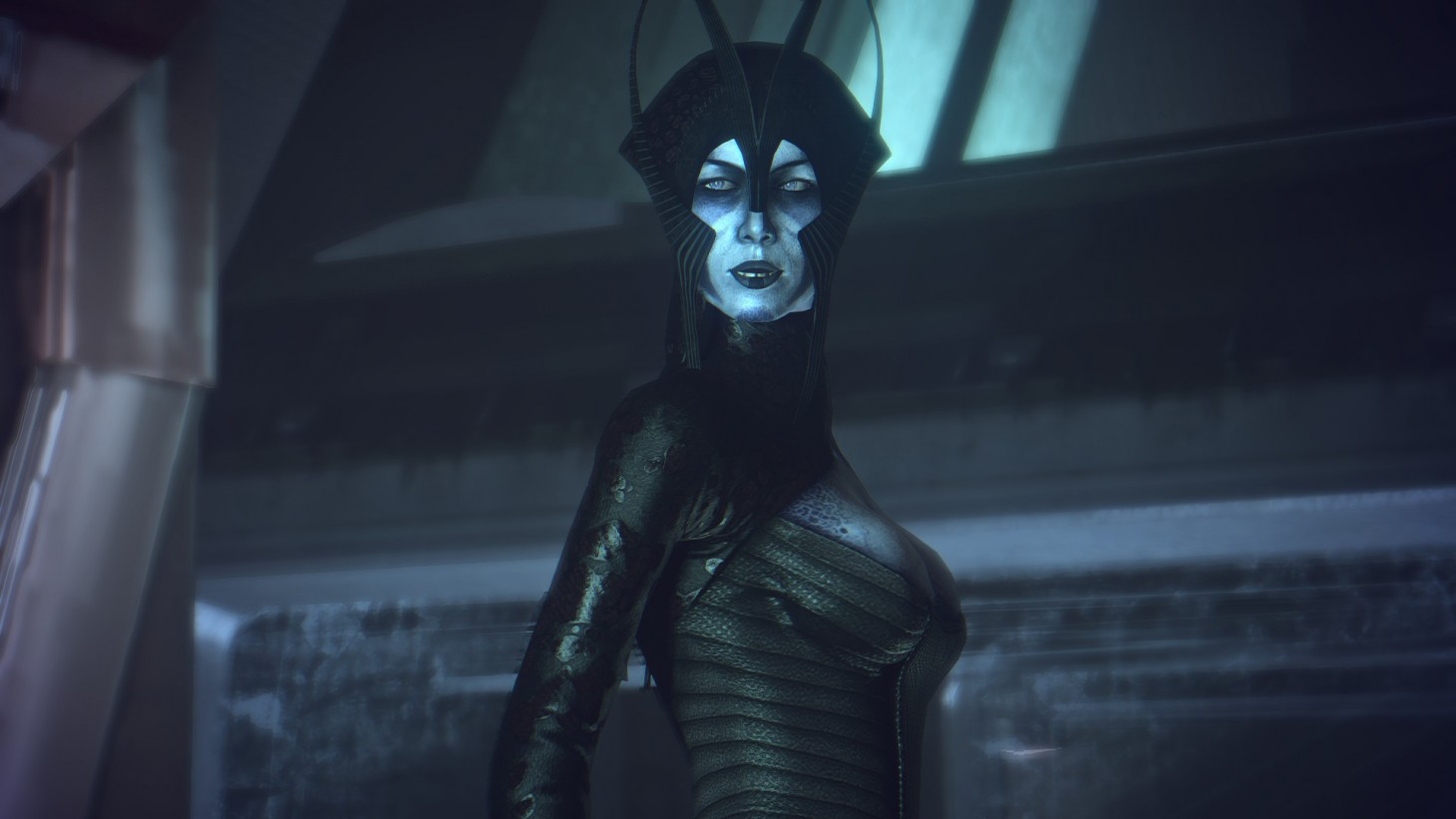 The Mass Effect Legendary Edition is a remaster that keeps the heart of the trilogy's story intact while simultaneously making improvements to the game on a basic mechanical level, graphically, and with the in-world sounds. While many of the tweaks are seemingly small, there are many ways that those small alterations make up a more unified picture across all three titles. A solid example of how the trilogy becomes just a little bit stronger outside of the Mako changes, visuals, and character adjustments is how Commander Shepard can approach battle. More specifically, the approach to boss fights.

We recently sat down with game director Mac Walters and environment and character director Kevin Meek to learn about all of the ways the upcoming remaster aims to perfect the original. When talking about some of the more strategic and directly impactful adjustments, both Walters and Meek talked about one battle in particular: Benezia.

In Mass Effect 1, players battle it out through hordes of Asari commandos as they square off against a character named Benezia. She's Liara's mother, and she's a powerhouse, making this fight against Saren's ally intimidating. What made this fight even more intimidating in the original version is the fact that the cover during this conflict didn't act like cover at all. Between the movable components and the non-interactive environment, it was easy to feel overwhelmed when getting this boss down to her final damage phase.

"There is one thing about Benezia," says Meek. "I think that was a very obvious example in Mass Effect 1 where they didn't quite know whether or not they wanted to make a cover shooter where the keyword was 'cover.' So in the Benezia fight, if you remember all of the pathways that circle around it, there was no cover. No cover at all. And there was no place to add cover because the pathways were too skinny. And then you get to the corner and there would be cover, but they were all movable with biotics, so you couldn't really ever go anywhere and hunker down to create a sense of plan or strategy about how you wanted to complete that battle."

When looking at the missed opportunities seen in this example of a fight, Meek added that one of the original level designers that worked on Mass Effect 1 helped figure out a way to expand those pathways, and from there create the strategic cover players experienced in the following two games. "With this, you can always guarantee that there is some amount of cover that you can go and hide behind and that was actually real," Meek says. "It's the same exact layout, but everything is now double-wide with a few added cover points."

Walters adds on a broader scale about the boss fights that it was important that the team looked at the most "painful" boss encounters — even just the more challenging fights that may not have been quite boss-level. "What were the instances where people almost continuously struggled? In this case, we added more autosave," Walters says. "So that, you know, if at least you die, you know you can come back to it a little more quickly. But then we also just did things where a lot of Benezia's powers can't ragdoll you as much with the way that we spawned some of those enemies, but still challenging in its own right."

The director also mentioned that the team was careful in its balance of these systems so that more players could enjoy the game without nerfing these important battles for the more hardcore gamers. At the end of the day, Walters says that the question BioWare kept coming back to was "What do we actually do to make this a more fun fight and more fair fight for you while you're doing it?"

Want a full breakdown of the biggest changes you can expect in the Mass Effect Legendary Edition? You can check out everything you need to know right here. You can check out our other exclusive coverage, including interviews and video, right here with our hub before the remaster's launch on May 14.