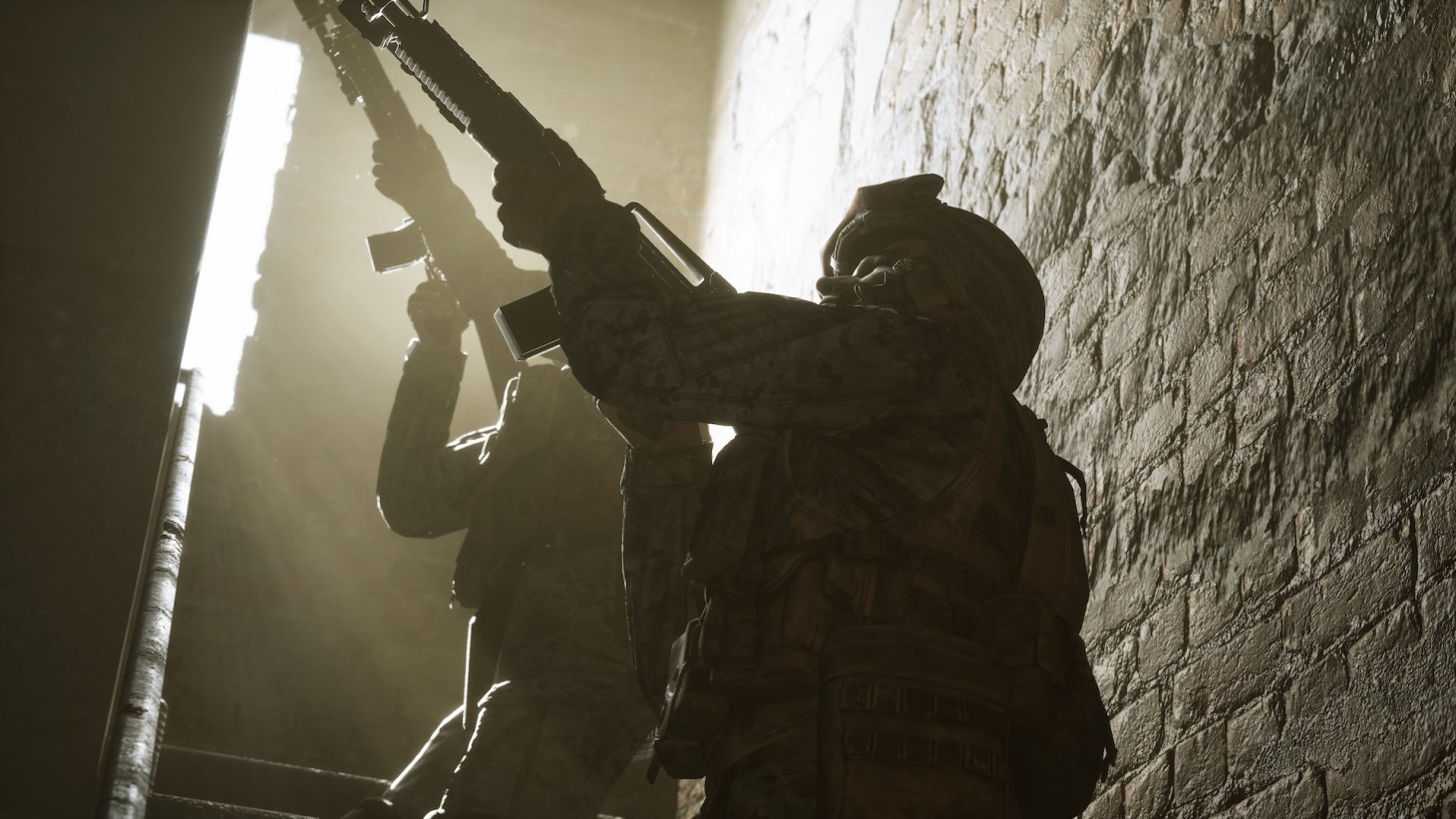 Today, Victura and Highwire Games have announced the revival of the once-canceled game about the war in Iraq with Six Days in Fallujah. The game itself is a first-person tactical military shooter based on the true story as told by Iraqi civilians, marines, and soldiers, who were there.

"Sometimes the only way to understand what's true is to experience reality for yourself," says former Marine Sergeant Eddie Garcia in the press release for the game, who was wounded during the Battle for Fallujah and proposed the original idea for Six Days in Fallujah in 2005. "War is filled with uncertainty and tough choices that can't be understood by watching someone on a TV or movie screen make these choices for you. Video games can help all of us understand real-world events in ways other media can't."

Six Days in Fallujah was crafted by some of the original team members behind Halo and Destiny to put their knowledge of shooting games to the test in a story that is meant to be less of a glorification of war (as seen in titles like Call of Duty, Battlefield, etc) and more of a documentary-style experience with stories told straight from the mouths of civilians and military alike.

The war in Iraq is a controversial topic and in many ways, should never have happened. This battle began in 2004 after Al Qaeda seized control of major cities in Iraq and saw a situation that quickly spiraled out of control, killing many in an operation that went wrong.

Atomic Games first attempted to tell this story back in 2009, but announced the game in conjunction with Konami without a trailer. Without anything to go off of, the title was rightfully criticized, and eventually, it was canned entirely, especially in relation to the work alongside the CIA and an unclear objective when telling this story. Victura is a publishing company that is helmed by Peter Tamte, the former CEO of Atomic Games, pulling from the countless interviews already done with civilians and veterans alike while adding new perspectives from those same groups with the revival.

The studio has announced that they have spent over three years building unique technologies to overhaul the game, including using new mechanics that were not prevalent in the first iteration. The hope of the project, as stated by the studio, is to go beyond approaching a game as an entertainment means, instead taking actual stories and implementing them within an experience meant to show off the realities of war and the consequences that go with that reality.

"It's hard to understand what combat is actually like through fake people doing fake things in fake places," said Peter Tamte, CEO of Victura. "This generation showed sacrifice and courage in Iraq as remarkable as any in history. And now they're offering the rest of us a new way to understand one of the most important events of our century. It's time to challenge outdated stereotypes about what video games can be."

Six Days in Fallujah is set to debut on consoles and PC sometime 2021. You can learn more about why the revival was a goal in the first place with a detailed statement right here.